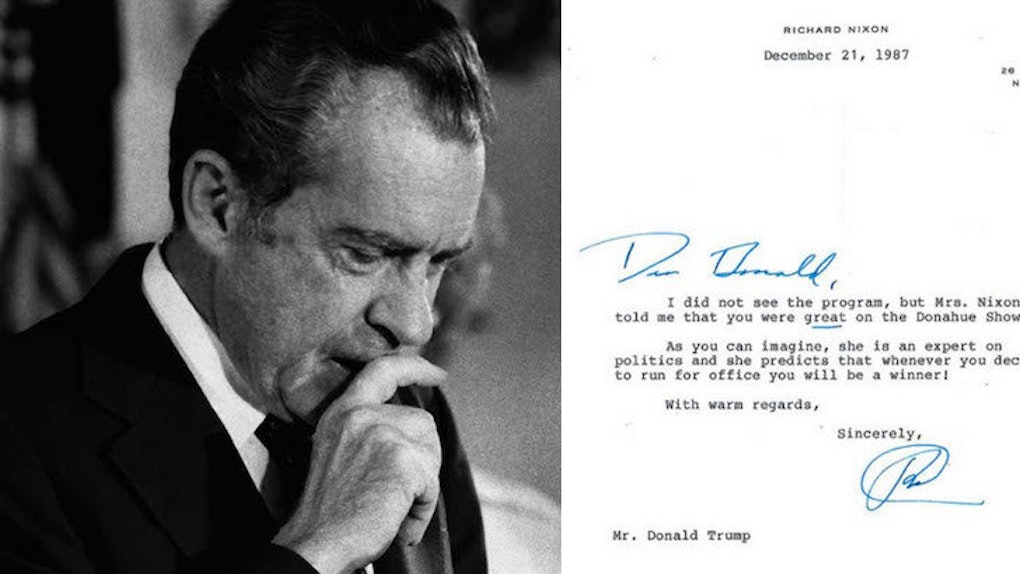 Man, is it just me, or are all the mind-readers coming out of the woodwork post-election?

In the wake of Donald Trump's victory — a sad and concerning outcome for many Americans — the Archives Foundation tweeted a letter Ex-President Richard Nixon wrote to Trump in 1987.

The note seems to have predicted our future.

Trump was a guest on "The Phil Donahue Show" in 1987, and  Pat Nixon was so taken with his appearance that her husband Richard Nixon had to write and tell him what a "winner" he'd be when he finally decided to run for office one day.

Seeing that letter resurface on social media has got to be good for Trump's ego.

The letter, parts of which Nixon hand-wrote, seemed so positive, though sadly, that's not the sentiment much of our country is feeling right now.

Interestingly enough, when Trump appeared on the show in the '80s, he had a few things to say about Reagan's presidency, according to BuzzFeed,

Trump's administration hasn't even begun, and we're already predicting his four years will be "really bad."

Hell, we're pretty scared — even little ones are chanting hateful words after his surprising win.

Well, now that we've missed the warning signs, what do we do: Stay optimistic like Miley Cyrus, or continue to wallow and hope the Electoral College will be able to make miracles on December 19?