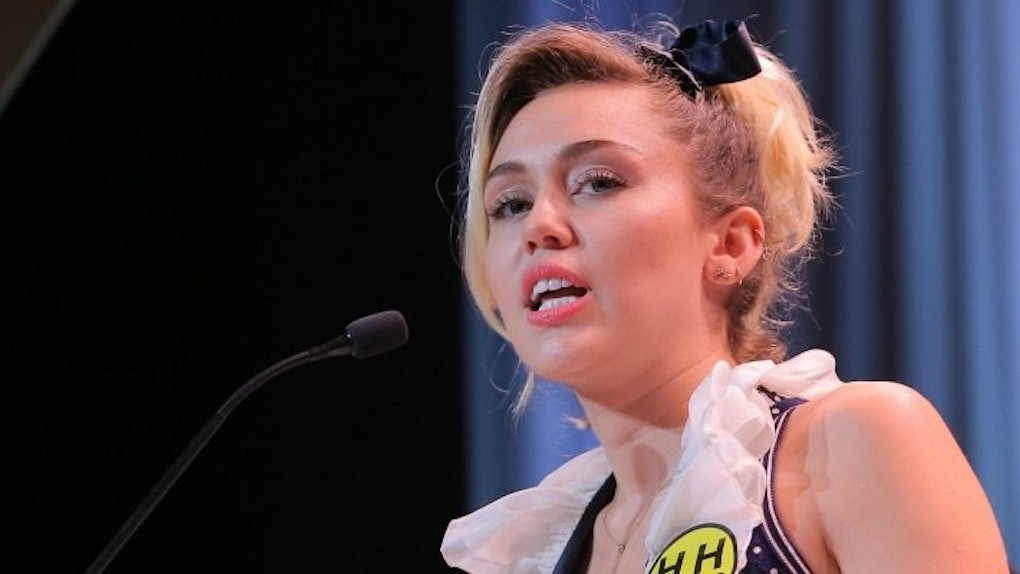 I'm crying. You're crying. Everyone is crying.

After getting the 270 electoral college votes necessary to take the White House, Donald Trump will indeed be the 45th president of the United States.

Many are still in shock about what just happened, but sooner or later, we have to face reality.

Donald Trump now has the keys to the White House, and we're all praying he's not half the lunatic he appeared to be throughout this election.

One person who is moving forward, despite her obvious disagreement with Trump as president, and setting an example for all of us to follow is Miley Cyrus.

Just hours after Hillary Clinton called Donald Trump to concede the presidency and congratulate him on his victory, Miley Cyrus took to Twitter to post a tearful, yet poignant video about our future as Americans.

Looking into the camera, with tears running down her face, the 23-year-old offered up her acceptance of these election results.

Given the result, maybe I really am different. And maybe a lot of people that I'm surrounded by think with open minds and open hearts like I do. I've been very vocal for my support for everyone besides Donald Trump... Heavily supported Bernie, heavily supported Hillary, and I still think that in her lifetime, she deserves to be the first female president. And that's what makes me so sad... But, like Donald Trump so ironically claimed after his speech, you can't always get what you want... We adjust and we accept everyone who they are, so, Donald Trump, I accept you. This hurts to say, but I even accept you as the president of the United States. And that's fine.