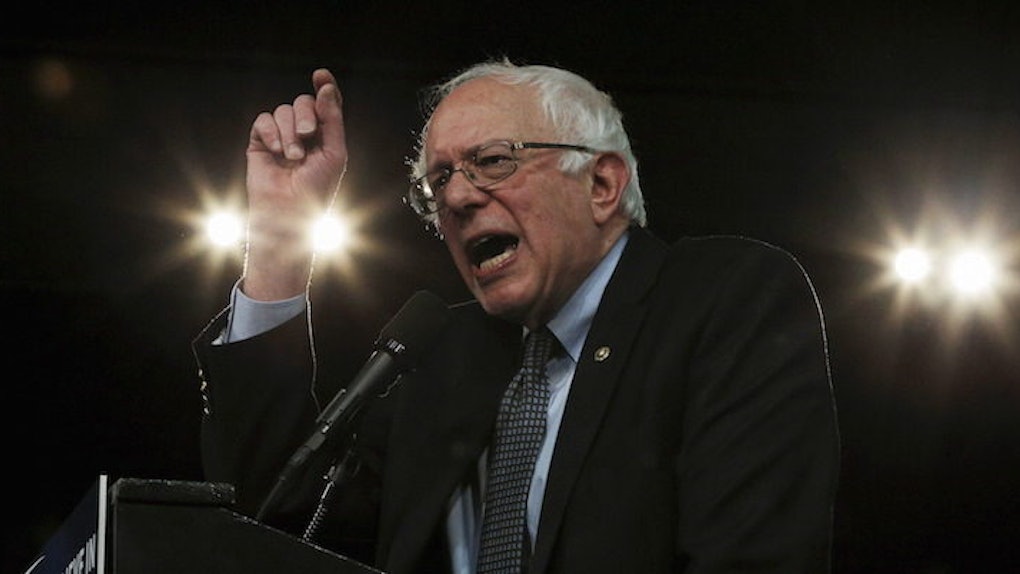 Bernie Sanders Says He Will Be A 'Nightmare' For Donald Trump

If you're worried about what life might look like in Donald Trump's America, don't worry: Senator Bernie Sanders has your back.

On Thursday afternoon, he tweeted,

If Donald Trump takes people's anger and turns it against Muslims, Hispanics, African Americans and women, we will be his worst nightmare.

Sanders clearly channeled his tough Brooklyn roots with this tweet. He's not messing around.

Sanders inspired millions of people through his presidential campaign. But ultimately, he lost the Democratic nomination to Hillary Clinton after a very contentious primary season.

In spite of the heated nature of their battle for the nomination, the Vermont senator decided to do what he thought was best for the country. He therefore supported Clinton wholeheartedly from the DNC to the general election.

He's been a strong critic of president-elect Donald Trump, especially in relation to Trump's rhetoric on minorities.

When Sanders' team was asked to comment on Trump's victory in the general election, a spokesperson said they "have nothing polite to say right now."

But it didn't take long for the Bern to let America know he's not going to stop fighting.

On Wednesday, Bernie Sanders released a statement that said,

To the degree that Donald Trump is serious about pursuing policies that improve the lives of working families in this country, I and other progressives are prepared to work with him. To the degree that he pursues racist, sexist, xenophobic and anti-environment policies, we will vigorously oppose him.

Remember: Clinton won the popular vote. More people voted for Clinton than against her.

You have a lot of people in your corner, and if anyone tries to attack you, Sanders will haunt their dreams.