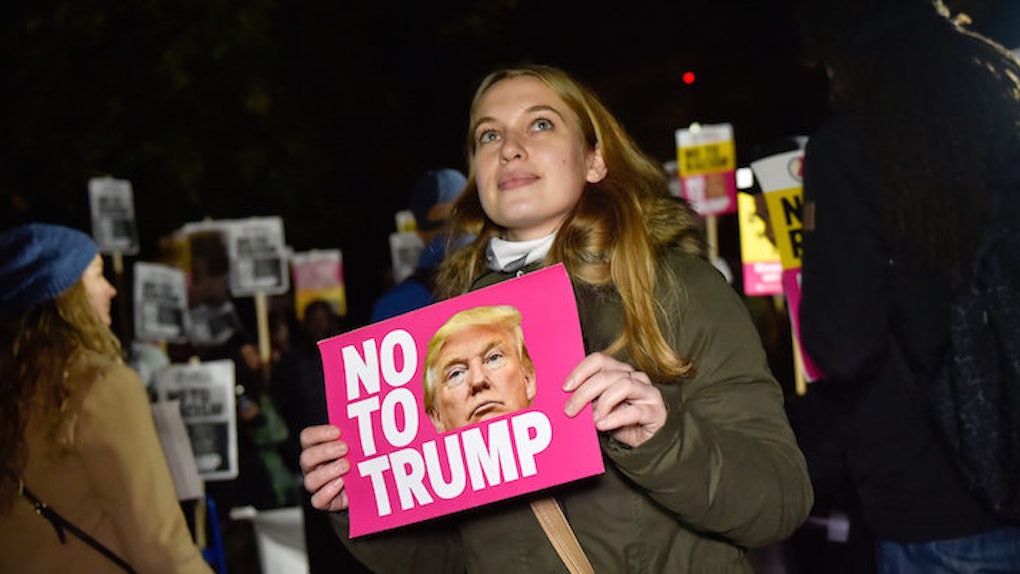 Stats That Prove Trump Isn't The End Of The World

If you're still finding it hard to believe Donald Trump is our president-elect, you're not alone.

If you woke up today feeling scared of what the country – and the world – might look like with Trump as president, you're not alone.

It's completely understandable if a Trump presidency has you terrified.

If you're a Trump supporter, you might think these trepidations are overblown. But that doesn't change the fact that people are legitimately afraid.

Trump began his campaign by referring to undocumented Mexican immigrants as “drug dealers,” “rapists,” “killers” and “murderers.” This is a man who says he wants to deport millions of people, and proposed banning Muslim immigration to the US.

He mocked a reporter with a disability.

He was caught on tape saying he grabs women "by the pussy," and has been accused of assault by multiple women. He's attacked the media, singled out reporters at his rallies and said he wants to "open up" libel laws to make it easier to sue journalists.

He's also offered a lot more support to police at a time when a lot of black people – among other groups – have significant reasons to fear law enforcement.

Trump's rhetoric has made a lot of people very afraid, and they have to live in this country too. If you're frightened about Trump being president, just know a lot of people have your back.

Here are some statistics that might make you feel better.

Trump defeated Hillary by securing the necessary electoral votes (you need at least 270 to win), but Clinton won the popular vote. Overall, more Americans voted for her.

There are more people on your side.

Young people voted against Trump, so the future is bright.

If only Millennials had voted, Trump would've been crushed.

The problem, however, is not enough Millennials showed up to vote.

Millennials constitute the largest share of the electorate next to Baby Boomers, with 69 million eligible voters. There were fears of low turnout among Millennials leading up to the election, and it now appears these fears were justified.

The silver lining is Millennials exhibited low levels of support for Trump both before and during the election. This generation, which overwhelmingly supported Senator Bernie Sanders, is definitely very progressive.

When it finally starts being politically active, we could see some very positive changes in our country in the years to come.

The future is full of possibilities.

There was low voter turnout overall, and not that many Americans voted for Trump.

Sadly, voter turnout this year was pretty abysmal... as per usual.

Long story short, the number of Americans who voted for Trump is a lot lower than it might seem. We should be angry voter turnout was so low, especially given the fact that the US is technically the oldest democracy in the world.

But you're not outnumbered, and half the country is not against you.

A lot of Americans clearly do not support Trump, and the system he complained against so much ended up driving him to victory.

At the end of the day, it's OK to feel sad about this election, and no one can blame you if you're unsettled about the future.

But this country has overcome a lot worse, and this isn't the end of the world.

Keep your chin up, keep fighting and remember progress is still possible as long as we don't give up.