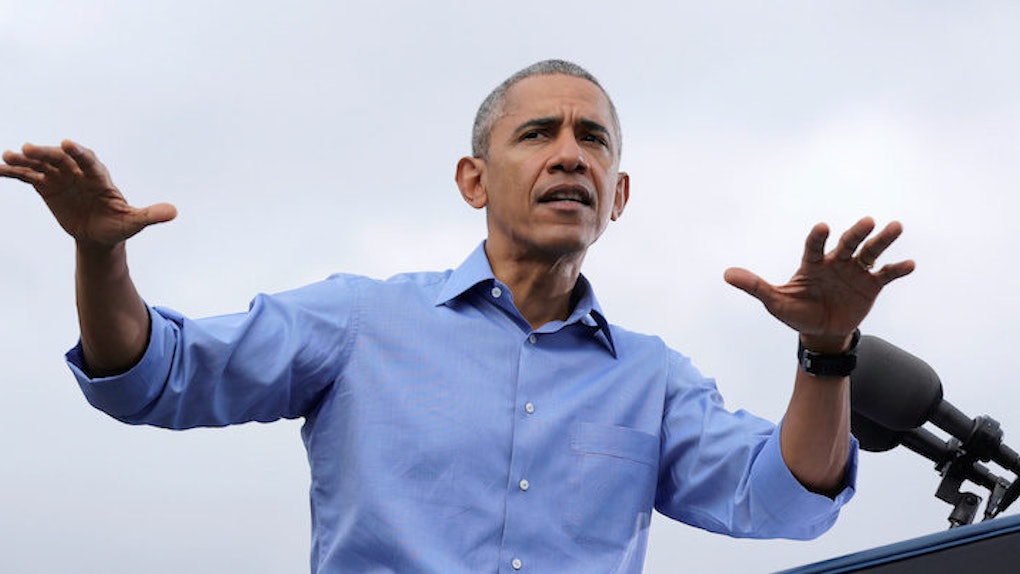 President Obama's Election Night Speech Will Calm You Down

Between Florida driving up everyone's anxiety and cable news outlets freaking you out with every breaking news alert, it's pretty hard to stay calm.

There's certainly a lot at stake in this particular election.

It's easy to feel unsettled, but President Obama has some very comforting words for you if you're feeling a bit panicked.

In a BuzzFeed News Live video on Tuesday night, the president acknowledged this election has been "exhausting, stressful and sometimes downright weird," but he also reminded us,

No matter what happens, the sun will rise in the morning, and America will still be the greatest nation on Earth.

Indeed, regardless of what happens tonight, America will still be here tomorrow.

You will still be American.

We will still be a country with an incredible history and much to be proud of.

No matter what happens, we will get through it. We've been through worse.

We didn't get to where we are by giving in to despair, but by remaining unapologetically optimistic. We need to stay positive and stay focused, no matter what happens.

This election has definitely driven the country out of its mind, and it's been very dark and divisive at times.

But change doesn't occur overnight, and a country isn't made or destroyed through a single election.

As the president put it,

Whether your chosen candidates win or lose tonight, let's all agree, not only to stay engaged, but to push ourselves to do even better.

Politics are inherently personal, and you might've invested a lot of time and emotion into this election.

But an election is simply one battle in the war for progress. Don't get too discouraged if your candidate doesn't win.

The future is full of possibilities.

Also, this election is far from over. Anything could happen tonight.

As the president taught us in his first campaign, it takes audacity to be hopeful. Let's be audacious, no matter the outcome.