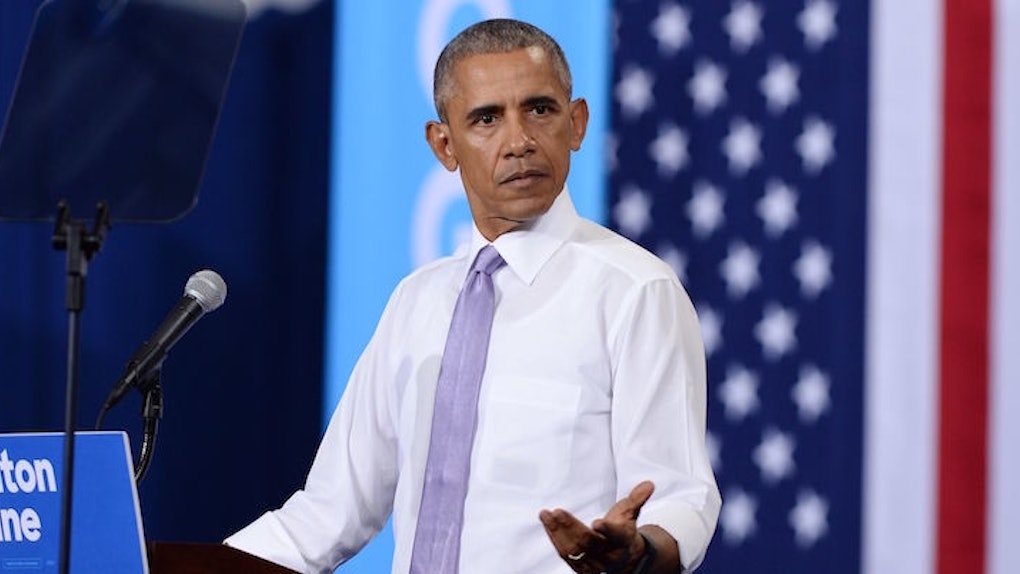 Well, this isn't good. But could it get any worse?

A psychic has predicted Barack Obama will be our last president.

Here's the scary part: Baba Vanga, who has been right about other predictions, made this one back when she was alive -- in 1996!

Some believe the blind psychic, known as the Nostradamus from the Balkans, correctly predicted 9/11. She said her "American brethren" would be attacked by "steel birds" in the sky.

Some say she foresaw the 2004 Boxing Day tsunami after she said there would be a "huge wave" that would "cover a big coast covered with people and towns, and everything will disappear beneath the water."

Then she said the 44th president would be African-American. She also said, however, he'd be our last president.

Does this mean something's likely to happen to Donald Trump before he gets officially sworn in?

I mean, there's a lot that could go wrong between now and January.

Let's take this with a pinch of skepticism, shall we? Vanga basically said her 44th president prediction would be the one to kick-start World War Three.

Everyone will put their hopes in him to end it, but the opposite will happen; he will bring the country down and conflicts between north and south states will escalate.

Many may not have agreed with Obama's politics, but I think we can all say there was never any real danger of a nuclear war while he was in office.

Baba Vanga also predicted the second coming of Jesus would happen, and when he graced this earth again he'd build super highways and fast trains.

According to her, Europe will "cease to exist" by the end of next year. Could she have been alluding to Brexit and the financial crisis in Greece?