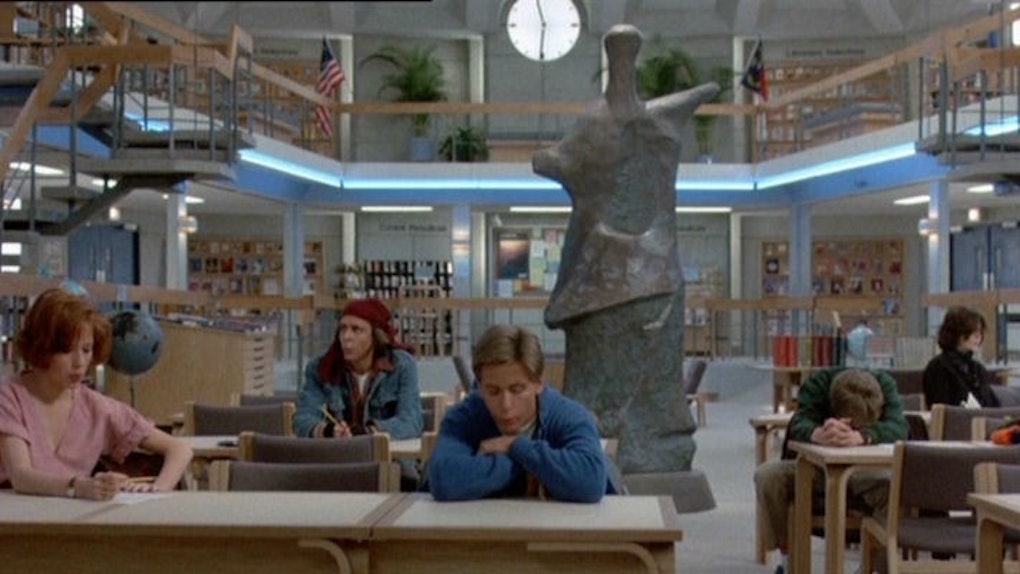 Here's How The Electoral College Works In 2016

Do you want my knowledge of how the Electoral College works inside of you? (The correct answer is yes — so smile and nod.)

Good. Take my hand and learn with me.

Imma strip this right back and fire some educational bullets right into your brain from my semi-automatic knowledge gun *PEW PEW*. By the time we're done, you'll know everything about the Electoral College you missed in social studies.

What is the Electoral College?

A group of people known as electors who represent us or, more precisely, each state.

The votes we cast on Election Day are overseen by the electors, who will take them into heavy consideration when they meet to vote themselves.

Their votes officially seal the deal for our future president.

Why do we have it?

Because the government thinks we're a bunch of idiots. True story.

As Alexander Hamilton wrote in "The Federalist Papers," it's designed so "the office of President will never fall to the lot of any man who is not in an eminent degree endowed with the requisite qualifications."

Before the Electoral College was born, the Constitutional Convention considered several options of how to choose the president:

Finally, they agreed on a halfway house. The public would have their say with the popular vote, then their votes were overseen by a group of people who knew what they were talking about: the electors.

How many electors are there?

There are 538 electors in the Electoral College.

When is the Electoral College vote?

Do electors have to back the state vote?

No. And here's where it gets interesting.

It doesn't matter what the people voted for collectively because the elector has the power to vote against it.

These are called "faithless electors."

This, however, does often come with a hefty fine, but one Hillary supporters wouldn't mind footing.

Have any electors ever done this before?

Yep. There have been 157 faithless electors since the electoral college was founded.

None, however, have ever changed the final outcome of an election. The person who wins the most electoral votes on Election Day (e.g., Donald Trump) has always been voted in by the electors.

So does Hillary Clinton still have a chance of taking office?

It's a long-shot, but theoretically, yes. We just wrote everything you need to know about that.

How long has the Electoral College been around for?

It's as old as the Constitution. The original system was molded in 1787.

It was eventually established in Article II, Section I, of the United States Constitution, and later modified by the Twelfth and Twenty-third amendments.

I hope this answers any questions you may have had.