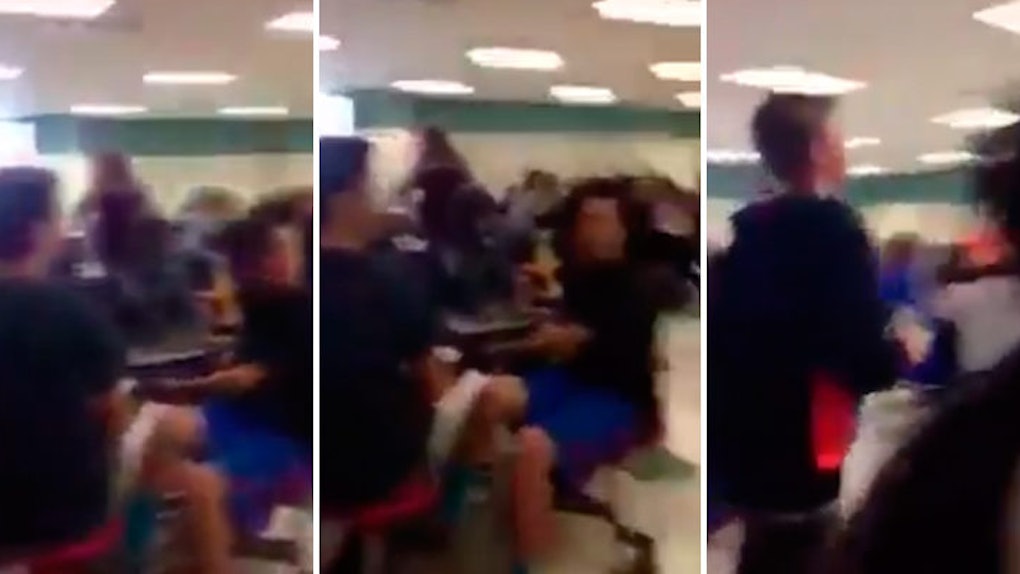 It hasn't even been one week since Donald Trump became our president-elect, and he has already negatively impacted the minds of future generations.

An alarming video was shared on Twitter this morning showing a group of middle school students in Royal Oak, Michigan, chanting "build the wall" in their cafeteria.

Judging from the nonchalant demeanor of the children in the video, it seems they do not know the severity of what they're yelling.

Either way, the clip is startling.

BuzzFeed News reports that parents became alarmed when the video was shared on social media, and many began worrying about their children's safety.

As a response to the concerned families, Shawn Lewis-Lakin, superintendent of schools in Royal Oak, posted a statement to the community website.

In the statement, Lewis-Lakin shared what the students have done in their cafeteria and how the school system will come to a solution. An excerpt from the statement reads,

We are committed to providing a safe, secure, and supportive learning environment for all students. We addressed this incident when it occurred. We are addressing it today. We are working with our students to help them understand the impact of their words and actions on others in their school community.

Lewis-Lakin then assures families that the school system is working with partners in law enforcement to make sure any threats will be taken seriously. He also suggests parents should instill respect in their children.

Anther excerpt from the statement is hopeful and says,

Well said, Shawn. I'd elect you for superintendent.

Hopefully, families will take these words seriously and let their children know what they chanted is not a joke.

However, Twitter users have responded to Lewis and strongly believe they've been influenced by Donald Trump.

Hopefully, these kids were just naïve and will soon be educated about the seriousness of their chants.

We need hope for a bright future, and this isn't a great start.