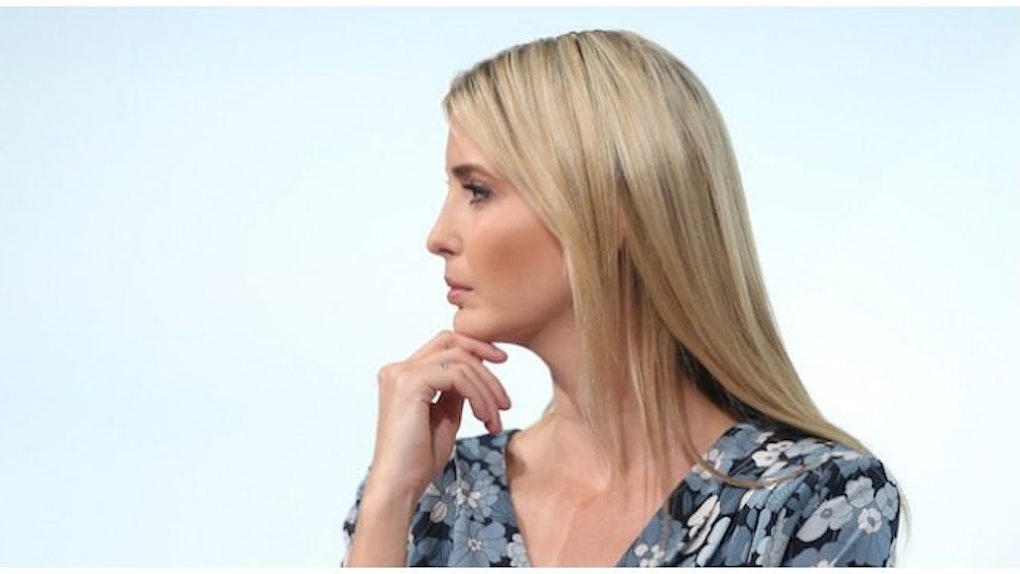 Ivanka Trump Made Hot Dogs & Marshmallows For Her Kid's Birthday

The best kids' birthday parties are always like kids themselves: a little weird, a little crazy, a ton of fun. And even when you're super, ridiculously rich, you apparently offer low-cost treats on Party City table cloths.

For her daughter's sixth birthday, Ivanka Trump served up some Paw Patrol realness and... skewered hot dogs with marshmallows on top. Hot dogs and marshmallows. Together.

She posted a photo of her culinary masterpiece with the caption, "Keeping it healthy" and a winky-face emoticon.

The snack has definitely confused some people. I know that when I saw it, I was like, "huh. k."

But it's actually a Filipino tradition found at children's birthday parties, and it seems to be a hit that is pretty common.

For everybody who is like, "Eww, who does this? Rich people are weird," I have news for you.

America is the home of olive loaf and Cheez-Wiz, guys. There's a whole region that puts beanless chili on spaghetti, OK? We really don't have room to talk about weird food.

Besides, there are more serious things for which we could criticize the eldest Trump daughter.

Like the fact that she advocates for parental leave and fair employment practices while her own company's employees -- both stateside and abroad -- are denied these benefits.

Or the fact that she says she tries to stay out of politics even though she's a White House employee -- who sits in on important meetings -- and is married to a senior adviser to her father, the president.

Or we could talk about how she didn't really do anything about the Paris climate accord, even though she was supposed to be a moderating influence. Same criticism for her empty tweet in celebration of Pride month -- despite her father ignoring the historic celebration and putting together one of the most anti-LGBTQ+ administrations in modern history.

I would also like to call attention to her actively stumping for her father and refusing to hold him accountable for some of his more racist statements.