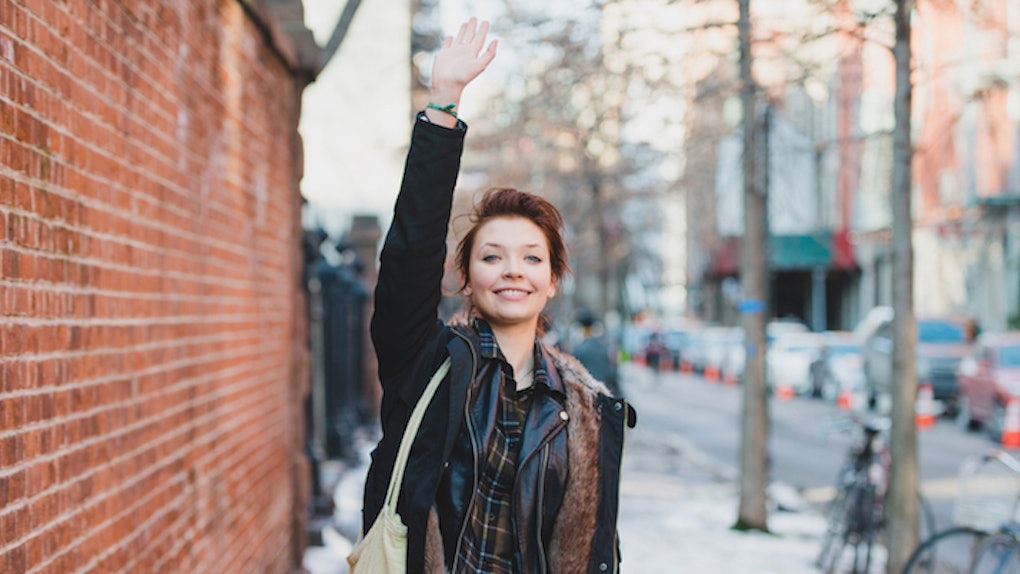 4 Things You'll Never Know About Brooklyn Unless You Move There

I swore I would be a Manhattanite until my last dying NYC breath. I moved here from California, and I felt that it was important for me to get the full “New York experience” which, to me, meant living in the thick of things.

I was willing to do this even if I had to spend half of my earnings on rent, and live in a shoebox with mice as pets.

Luckily, I hit the apartment jackpot and didn't have to go that route. Shortly after I moved here I found a place in Chelsea that was a decent size for this city, fairly cheap and didn't have mice (at least not until the bitter end). After two years of living in said amazing apartment, the building was bought and sold, and I was forced to move out.

When it came time to start looking for a new place, I quickly realized that I couldn't even afford to split a studio with my roommate in our then-current neighborhood. So, we reluctantly expanded our Manhattan apartment search (but excluded anywhere above 100 street and Chinatown), still with less than favorable results.

My friends, who mostly all live in Brooklyn, thought I was snobby for wanting to stay in Manhattan. In reality, I just liked the convenience of living in an area that I could get anywhere from.

Plus, I don't have any arm tattoos -- I didn't even know if they'd let me into another borough on a permanent basis.

After slowly ruling out every neighborhood in Manhattan for one reason or another, I did what any basic bitch looking for an apartment circa 2013-2015 as close as possible to Manhattan did: I narrowed in on Williamsburg.

Flash forward almost a year later and this way past-gentrified area is where I now call home. Since moving to the 'Burg, I've learned a thing or two about this little bubble that I live in. Namely:

Maybe I just wasn't sophisticated enough for Chelsea, but I never felt like there was a neighborhood vibe around my old apartment. The bars felt impersonal, or too touristy, and I hardly knew anyone unless they sold me food on a regular basis.

Since moving to Brooklyn, however, I've come to know a lot of people that either work, or live, in the area.

There are my bartenders at my corner bar who let me bring in pizza from down the street and give me dollars for the jukebox, the wine store clerk who always invites my roommate and me to shows and the guy at the neighborhood brunch spot who knows my order by heart. The list of awesome people in this area goes on.

My pizza man even knows me by name. OK, I'll admit that this is not unique to Williamsburg for me since I had a similar situation when I lived in Manhattan (I may or may not have a pizza problem), but my pizza man here spots me when I don't have enough cash, gives me the occasional extra slice and even waves to me from the window when he's working the day shift and I'm on my way to work.

This alone is 90 percent of the reason why I'll stay in my current neighborhood as long as possible.

Aside from employing some of the coolest bartenders and pizza delivery men I know, Williamsburg is a fairly open place.

Despite my previously held idea that you have to sport pince-nez, be heavily inked and carry around a typewriter to fit in here, Brooklyn is actually a pretty accepting place for non-hipsters.

I've even seen someone sitting outside of Freehold wearing a salmon colored shirt with a sweater tied around his shoulders.

Plus, I'm about as hipster as a pair of Louboutins, and the barbershop where I get my coffee hasn't turned me away once.

3. The L isn't that bad -- but it's a graveyard of everyone I've hooked up with in NYC.

Maybe I have a type (ahem -- bearded, tattooed, questionable sexual orientation), or maybe it's just that most single men in this city live in Brooklyn. Whatever the reason, if I had a dollar for every time I ran into someone I've dated in NYC on the L train I'd be able to quit my day job.

OK, I wouldn't be that rich, but I would be able to buy enough PBRs on a Saturday night to actually get me drunk.

Unfortunately, it took me a while to figure out that a majority of my ex-hookups also take one of the most hated subway lines in all of New York.

After running into someone I dated while I was sweating profusely because I was moving the last of my stuff from my old apartment, I've finally learned to take an uber if I'm moving furniture or, at the very least to brush my hair before getting onto public transportation.

4. There's a special camaraderie on this side of the East river.

While the L train may not be the worst place in the world (ex-hookups excluded), it's also not the best. But, it does bring us together.

We may yell at each other to move into the goddamned train every morning, we may want to scream when someone rests their dreads on our arm and we may scoff at those amongst us who are reading kindles instead of ratty old books but there's a certain unspoken, “we're-in-this-together” mentality -- both on and off the subway -- that I love about my hood.

For these reasons, I think I may stay a while longer. At least until my rent triples -- or until all of Murray Hill makes the migration over, whichever comes first.