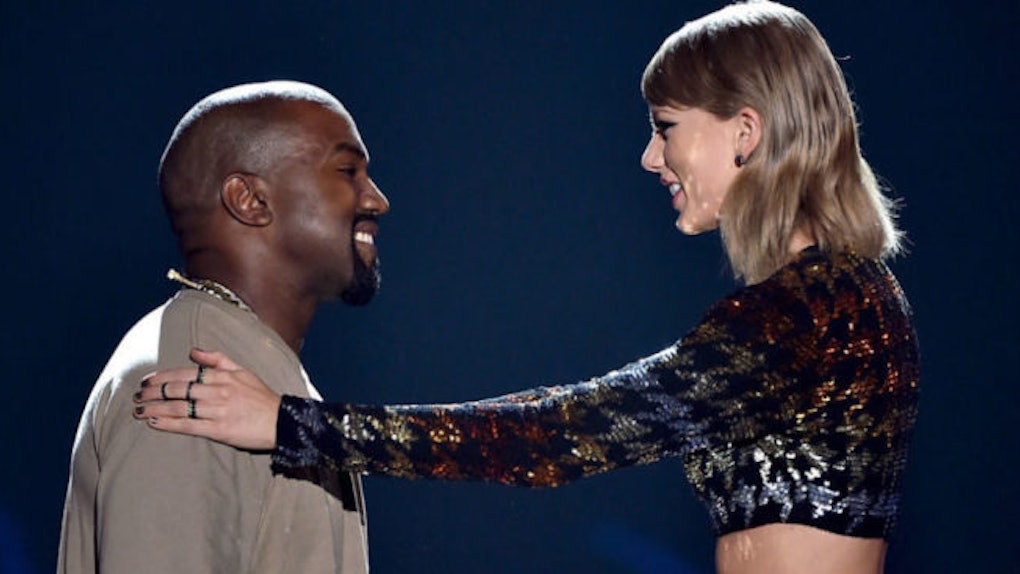 And much like the British, this award show will bring with it a plethora of drama and turmoil.

OK, maybe it won't quite be on Revolutionary War levels, but the 2016 MTV Video Music Awards is bound to be chock-full of ridiculous celebrity shenanigans.

There are so many reasons this year is going to be one of the best VMAs in a long time.

But once again, most of the pre-show drama boils down to three core people: Taylor Swift, Kanye West and Beyoncé.

We have truly come full circle from the infamous 2009 VMAs.

Look, award shows are always great  They are entirely based on giving celebrities alcohol, a microphone and a night off from their PR teams — all filmed on live television.

A big part of the appeal is the unpredictability, so maybe I'm ruining the fun, but there are a few things that are just bound to happen this year.

1. Selena Gomez and Justin Bieber will perform a song together.

This one is almost certain, now that we know for sure Selena Gomez has recorded a version of Justin Bieber's song with DJ Snake, "Let Me Love You." DJ Snake posted a clip of the song on Snapchat this week.

If they don't perform a duet version at the VMAs this Sunday, I'll delete my Twitter account. And that recent fight the ex-couple just had? Just publicity for the performance.

There has been no shortage of speculation Taylor Swift's relationship with Tom Hiddleston is just one big lie.

Many people think those original photos of the so-called couple on a beach date were actually just set photos of an upcoming music video, to be premiered this Sunday.

Isn't it just a little too convenient they had a "fight" the week of the VMAs?

3. But Taylor won't show up to the actual show.

I know this is an unpopular prediction, but I honestly think Taylor Swift is too damn prideful to even show up to this event.

It seems odd MTV wouldn't give her any nominations (despite both "Wildest Dreams" and "Out of the Woods" being eligible), when everyone knows how good that would be for ratings.

That makes me think after all that Taylor vs. Kimye drama, not to mention the fact "Famous" will probably win Video of the Year, Taylor straight-up refused to attend the award show.

4. Kanye will announce his joint album with Drake.

A few weeks ago, Kanye first hinted at a collaboration with Drake when he showed up at a Drake concert to perform a few songs from Life of Pablo.

At one point, he asked the audience,

Yes, Kanye. We are ready.

5. Drake and Rihanna will make out on stage.

Earlier this month, it was announced Rihanna will be receiving the Michael Jackson Video Vanguard Award at the VMAs this year. Drake, of course, will be there for his nominations for "Hotline Bling."

Now that they are kind-of-sorta-officially dating, I'd put money on the two of them performing "Work" together and straight-up locking lips in the middle of it.

6. Beyoncé will announce her second pregnancy.

This is a bit of a stretch, but remember Beyoncé's epic pregnancy announcement at the end of her performance of "Love On Top" at the 2011 VMAs? It kind of seems like it might be time for Blue Ivy to get a baby sibling.

7. Kim K will side eye everyone.

This one is a definite. The camera crew will be cutting to Kim Kardashian's face every five seconds because her reaction shots never disappoint.

8. Beyoncé will, once again, be denied Video of the Year, despite having the best music video of all time.