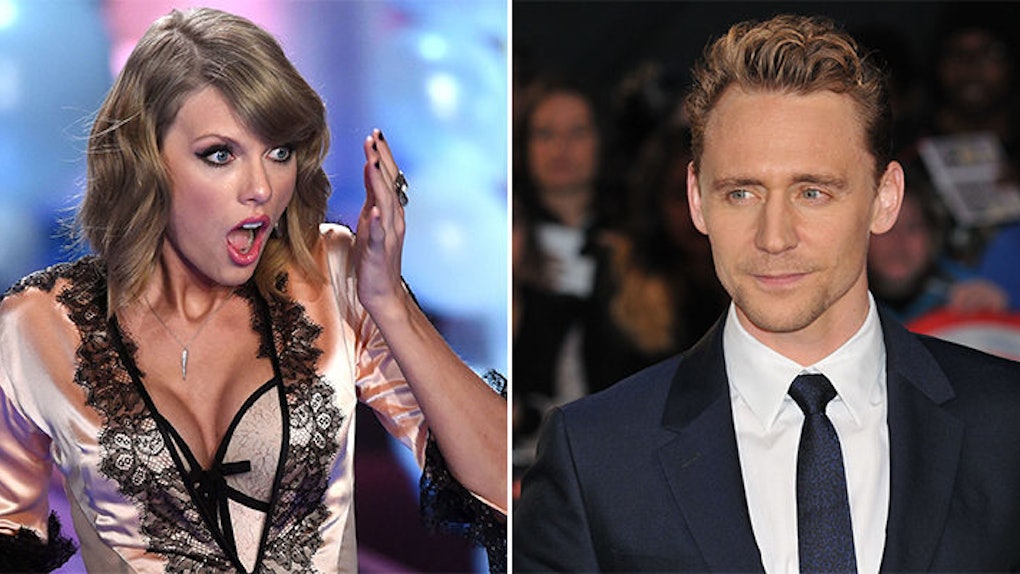 Apparently, Taylor Swift And Tom Hiddleston Had A 'Major Argument'

Theories regarding the shameless falsehood of Hiddleswift have been populating the internet like juicy burps on a craft brewery tour for months.

Popular opinion suggests Taylor Swift and Tom Hiddleston have been faking their relationship from its start in mid-June for the sake of a music video Tay Tay is shooting with the intention of releasing it during Sunday night's VMA broadcast.

Now, the couple's PDA and “candid” paparazzi photographs have dwindled, causing the rumor mill to sputter out a few desperate final shit-stirring remarks from unnamed sources.

One of these sources told Us Weekly the pop star and the “Night Manager” actor had a “major argument” earlier in August due to scheduling conflicts.

They weren't spending as much time together lately. It was hard making their schedules work and they were upset they couldn't see each other.

With the VMAs four days away, these reports could be the last dying ember on what was already a pretty weak bonfire of romance rumors for the couple (or “couple,” depending on which camp you're in).

Either way, this music video had better be amazing. If we're going to have our intelligence as celebrity rubberneckers insulted for a summer, Tay Tay had better be coming at us with a dang SPECTACLE Sunday night. A SPECTACLE.