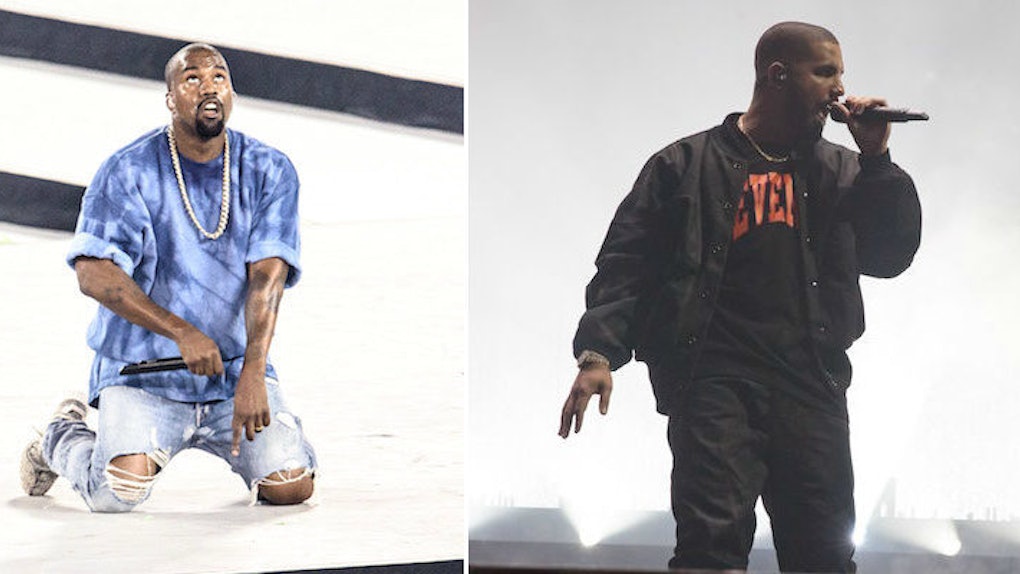 Kanye West And Drake May Be Dropping A Joint Album, And We Can't Deal

YO! DRAKE AND KANYE! IS THERE SOMETHING YOU MAYBE WANT TO TELL US?!?!?!

This summer, Kanye has made it a habit of dropping in on Drake's concerts and singing tracks off The Life of Pablo.

You ever wonder why, though? Like, we obviously LOVE that Kanye and Drake are super close, but why are they always together? Doesn't Kanye have other stuff to be doing?

He's got two kids and a growing sneaker business, does he not have bigger matters to attend to other than hanging out backstage at Drake concerts?

Last night at OVO Fest in Toronto, we may have gotten our answer, and it's insane.

DID KANYE JUST HINT THE TWO OF THEM ARE COLLABORATING ON AN ALBUM?!?!

After coming out onto the stage to do a quick set, Kanye asked the audience,

Y'all ready for this album?

He then clarified, saying,

He then sang "Father Stretch My Hands Pt. 1" while the audience verbally lost their minds.

If he wasn't talking about The Life of Pablo or Drake's Views, it makes complete sense he could be referencing a collab project between the two of them.

This is a little speculative, but if the theory is true and an album is in the works, it may explain why Kanye went on that random Twitter rant on Sunday night about Apple Music and its conflict with Jay Z's TIDAL.

Lord help me if some dumb dispute between Apple and TIDAL keeps this album from getting made...

The internet is rightfully freaking out over the possibility of a Yeezy-Drizzy album.

Kanye hasn't released a collaboration album since 2011, when he worked on Watch the Throne with Jay Z.

Meanwhile, Drake has been collaborating with everybody he's ever talked to since 2007, most recently releasing tracks with Future.

Drake is also reportedly working on a project with Frank Ocean and 2 Chainz.

If there is a God, this album with Kanye will happen.