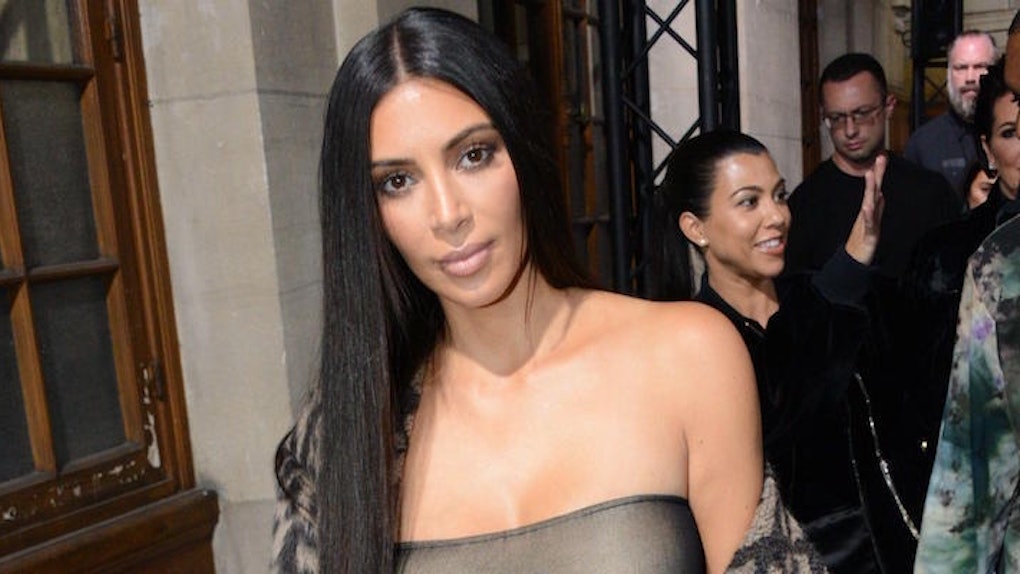 Kim Kardashian May Be Headed For Angel Ball In NYC

It looks like Kim Kardashian might make a public appearance at Angel Ball on Monday night, her first since she was robbed at gunpoint nearly two months ago.

The 36-year-old reality star was seen boarding a private jet in LA early Monday morning, according to a report from TMZ.

Kim is scheduled to appear at Gabrielle's Angel Foundation Ball in New York on Monday evening, an annual event that honors many celebrities who have donated funds to support cancer research.

Some were not sure if Kim would keep her appointment or not, considering her radio silence on social media and otherwise these past two months.

However, assuming that jet was NYC-bound, it looks like we will finally be seeing the return of Kim K this evening.

Kanye West was reportedly not with his wife at the airport, and it seems like he won't be by Kim's side for her big return.

The 39-year-old rapper abruptly canceled his concert in Sacramento on Saturday night, after he publicly aired his grievances with Beyoncé and Jay Z.

On Monday morning, a rep for Kanye confirmed the entire Saint Pablo Tour had been called off and ticket holders would be receiving a full refund.

Kanye seems to be going through his own thing right now, so it looks like Kim might have to face her reemergence solo.

While this could be the first public event Kim attends since the robbery, the reality star has been spotted by the public these past few weeks.

Several instances of Kim out in public have been captured by paparazzi.

If she shows tonight, perhaps this will be the first step in the very slow process of The Comeback Kim.

Citations: KIM KARDASHIAN When Going Gets Tough ... GET GOING ON YOUR PRIVATE JET (TMZ)