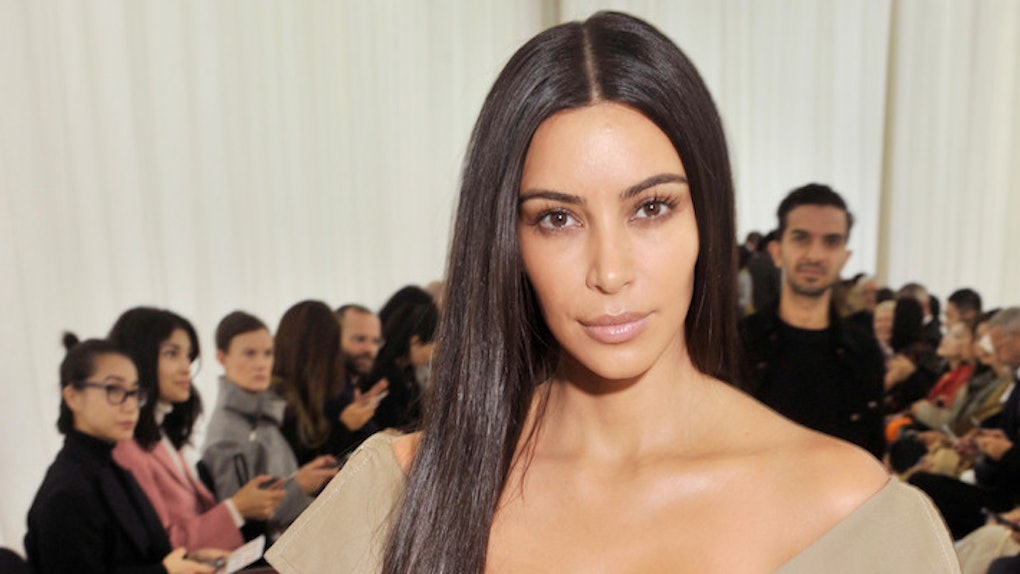 After news broke yesterday about Kim Kardashian making her triumphant return to the land of social media, Kim K. fans completely lost it.

Do you know how quiet it's been on social media without Kim?! REALLY quiet.

I just imagine Kim doing this...

I don't know about you, but I almost forgot the Kardashians even existed, to be honest. Keyword: ALMOST.

The 36-year-old star made her return to social media on Halloween by publishing THREE different posts on Facebook.

One of the posts was about her old Halloween home videos with her family, another post offered her loyal fans must-have Halloween tips, and the last post was an advertisement for LuMee phone cases.

Here's one of the posts.

While most Kim Kardashian fans probably hoped for something a little more personal from the star, most people were just relieved to see her back on social media in general.

She's been keeping an extremely low profile following the traumatic robbery in Paris early last month. Not only is she nearly unrecognizable in public, but she also hasn't posted on any of her social media platforms until last night.

Less than 24 hours after the surprise posts were published on Facebook, it seems like Kim might have instantly regretted her decision to return to social media because she literally deleted all of her new posts.

After briefly "returning" to social media, the 36-year-old reality TV star and businesswoman has returned to being super low-key.

I guess we'll just have to live life without her for a little while longer, folks.

Hey, look at the bright side, Kim's basically in hiding and STILL has her accounts. Meanwhile, Justin Bieber is on tour and deleted his entire Instagram account.

In other words, things could be worse!

Let's hope Kim can get herself back together and recover from the Paris robbery. After all, it seems to be taking a huge toll on her wellbeing if she can't even post a selfie, or two anymore.