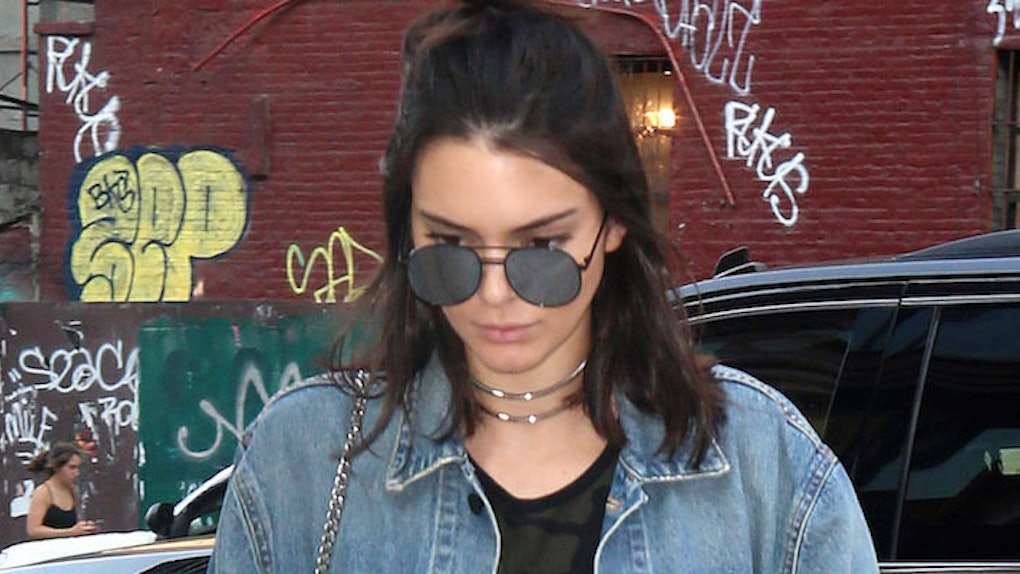 You're not even sure WHAT to believe anymore re: Kendall Jenner's dating life, and frankly that's very understandable.

Dating rumors do. not. stick. to this woman.

It's almost as if Kris Jenner lazily floats some vague gossip every three months about Kenny and [famous man] to distract from the fact that the Victoria's Secret model is actually a french fry in a wig and therefore can never truly romance a rapper or NBA player into wedded bliss.

The latest in Kendall's line of suitors willing to trade their name for a publicity bump and, in doing so, ensure none of us discover Kenny is a 21-year-old potato, is none other than 28-year-old Memphis Grizzlies forward Chandler Parsons.

The pair were briefly linked back in 2014 but, just like the rest of Kendall's boyf rumors, word of their romance blew away in the night like dust over whatever agricultural paradise Tater Jenner was plucked from as a spud.

Kendall joined pal Hailey Baldwin at Chandler's game against the LA Lakers at the Staples Center on Tuesday night, before meeting up at Craig's, then Delilah, then 1 Oak, TMZ reports.

If you live in — or have ever visited — Los Angeles, the concept of visiting four separate venues in one evening when a serial killer isn't chasing you from place to place on some sort of near-death scavenger hunt feels unnecessary, excessive and (in both cases) unpleasant.

BUT WHEN YOU'RE A POTATO IN LOVE, EVERYTHING'S FUN.

Even traffic. And parking. And being awake past 2 am.

Full disclosure: Kendall and Chandler were seen at the same LA Bentley dealership on Monday at the same time, but us poors know celebrities are always up in the dealerships, buying cars for no reason at all.

Chandler's reputation for being swarmed big-time by the ladies might get him a few extra days on the Kenny Date Radar, but we'll forget they were ever linked by the time Kylie posts another semi-nude or Kim posts literally anything at all.