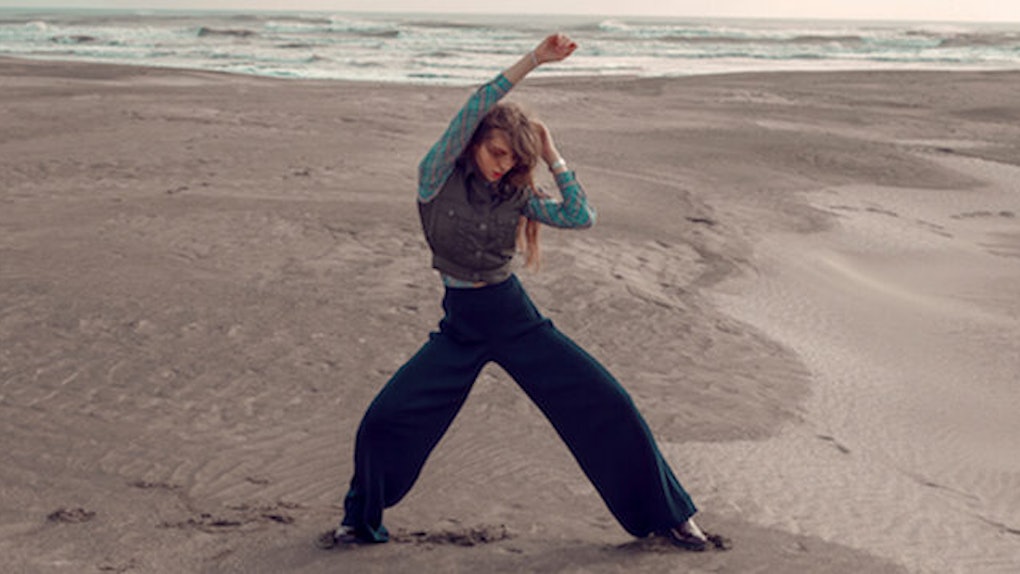 14 Things You Can Only Do When You're Forever Alone

Do you know how many times a day I joke about being forever alone? Well, technically, I haven't even counted, but I just know it's a lot of times, OK?

If we're being honest, I use it as a way to cope with a slightly sobering reality, only it doesn't usually make anyone else laugh except me. Everyone else just looks really concerned.

And that's probably because so many tortured souls lament over the prospect of being forever alone. And, like, I get it. I'd rather not handle Armageddon alone either.

But frankly, bring. It.

Why? Because forever gives me quite literally an infinite amount of time to focus on the queen. The prima donna. My one and only. The actual best person ever to grace the Earth: ME.

Do you know how many times a day I joke about being forever alone?

And before the snarky ones in the back remind me forever doesn't exist because we all die someday, kindly STFU. This chick will still be indulging in her numero uno well into whatever afterlife there may be.

Yeah. I love myself THAT much.

So fret not if you're overwhelmed with the prospect of spending forever alone. You have so much time to do all the shitty, self-indulgent things you do now and more:

1. Wear whatever lipstick you want and don't worry about some annoying peasant kissing you and smearing it everywhere on your beautiful face.

Forever is literally the perfect amount of time to incite a revolution. And who knows more about being in charge than you do? You're the boss of your FOREVER, after all.

3. Write an award-winning memoir of every bagel you've ever eaten in your life.

“I don't want a bagel, I want a boyfriend,” SAID ONLY DUMB PEOPLE.

4. Eat a lot of bagels so you have enough content for your memoir.

Look. They say life is a flat circle. Bagels are also a circle. And by the transitive property of bagels (or something), a fulfilled life is a life filled with bagels.

Whatever, I don't make the rules.

5. Suffocate yourself with golden retriever puppies.

OK, so this messes with the “alone” aspect of forever alone, but WHAT a way to go out surrounded by happiness, amirite?

In fact, here is a list of great suggestions.

Pro-tip: Do this before you overthrow the government.

7. Buy SO MANY office supplies you don't need.

Love may not last, but that trendy, patterned planner is forever*.

*until I buy another one. So, probably next week.

I was going to say “do something inspiring, like go to law school.” And, like, you could. But this is just as good and seriously less expensive.

Stabler and Benson 5ever.

9. Prepare for the apocalypse in advance.

The apocalypse is serious business, and when (not if) it comes, you have to be prepared, especially if you're flying solo.

This means stocking up on Eggo waffles like crazy, so you can lure Eleven from "Stranger Things" to your apartment. Let's be real: She's your only shot at survival.

10. Try really hard to get Michelle Obama to adopt you.

OK, so maybe you're too old to be adopted, or maybe Michelle Obama's busy with her own kids and her amazing life, but it's still worth a shot, you know?

I mean, just look at her. Look at that hug. DON'T YOU WANT THAT TO BE YOU?

Those bird-shaped candle holders you don't need are waiting for you and you alone. This is for your own good.

Pro-tip: Do this strategically and sparingly... because money.

12. Pick up the weirdest hobby you can think of.

You know how every college was like, “You can totally major in underwater basket weaving,” and barely any colleges followed through with that offer?

TIME TO MAKE IT HAPPEN, PRINCESS. Weave some baskets and fill them with the hearts of everyone who's ever scorned you.

Your life will be like "A Walk to Remember," only a lot less depressing... and you'll probably forget some walks if you're going on so many.

Let's be clear: Any walk counts — walks in the park, walks to the liquor store to buy your weight in Tequila and walks to your front door to get your Seamless order.

14. Spend every day of forever admiring yourself for extended periods of time.

You might already do this now, which is great because you're ahead of forever already. So keep relishing in the fact that you are a living, breathing goddess.

They say nobody's perfect. But they also made up that saying before you were born, so #IRRELEVANT.

Forever's a long time. So thank God you get to spend it with the only person who matters.