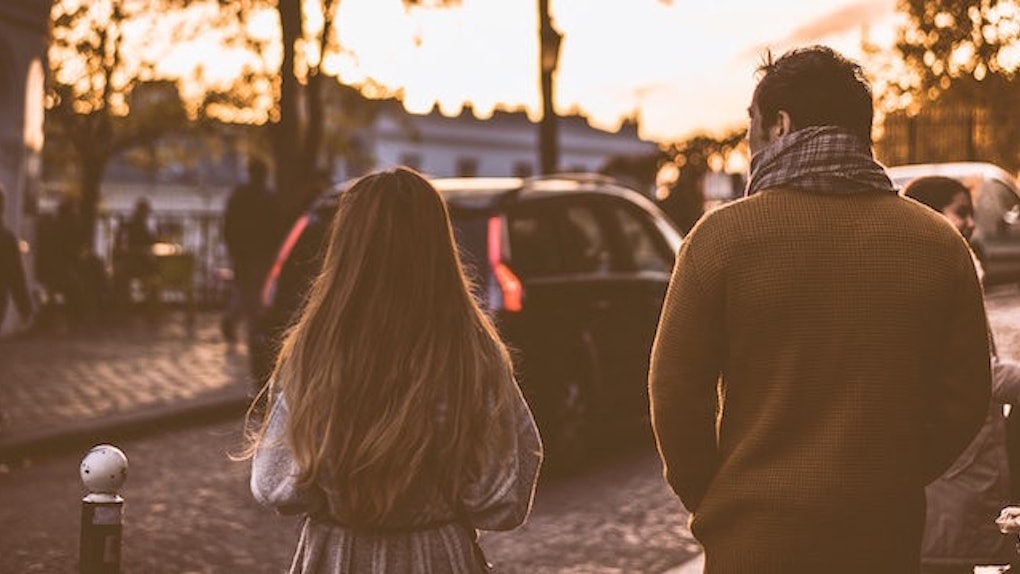 Being Cheated On Can Actually Be A Good Thing

Saying my ex-boyfriend cheated on me is a bit of an understatement. It wasn't a one-time mistake, a drunken lapse in judgment or a way out of the relationship. It was continuous, conscious choices that he went above and beyond to hide.

I have to say, he was pretty damn good at it, too. Or maybe I just wasn't the type of girlfriend to question if studying in the library was actually code for sleeping with some girl in a twin-sized dorm bed?

Either way, being cheated on isn't something I ever thought I would be thankful for. But, give it some time, and I guess I can find the good in even the worse situations.

Having a cheating boyfriend made me who I am today. It taught me more lessons than watching it happen to my friends, my favorite television character or she celebrity ever could. Because the truth is, you don't know how it feels, what you would do or how you would move forward until you're hit in the face with the reality that someone you love is cheating on you.

I learned I can forgive practically anything.

I can remember back in high school when my friend's boyfriends would cheat on them, and they continued to stay. I would go on and on about how I could never forgive someone for cheating on me, and I truly believed that.

Once you're in that place, though, I guess things change. You see just how much you are capable of letting go of. It almost wasn't even difficult for me to forgive my ex-boyfriend of cheating. I knew I loved him and had committed years to our relationship — so I forgave.

I thought my forgiveness was all out of being in love, but I forgave the girls he cheated on me with, too. I wouldn't say it was some friend connection that came out of it — but I never blamed them. In a college town, you're bound to run into these girls, and I never had an issue with it.

If you can forgive the man who owes you everything and cheated on you, then how could you not forgive the girls who owed you nothing?

I learned how much confidence in myself I have.

You really learn about how confident in yourself you are when your significant other cheats. Never once did I feel like it was because I wasn't good enough — I knew damn well I was enough. I didn't question if it was something I was doing wrong or not doing at all.

Even if someone had heard about my ex cheating on me, I still stood next to him with confidence. I never saw this as a flaw in myself — instead a fuck-up on his part.

Believing that someone will grow up and stop cheating at some point is something that happens a lot. We blame the cheating on a rough patch in the relationship, college hookup culture and "right person but wrong time" sort of excuses. I was no different.

Sometimes people don't change. It's just how they are. By the end of our relationship, even he realized that. Being monogamous just wasn't something he felt was important in the relationship — on his side only of course.

I learned everyone has their breaking point.

Most of the time I wondered if I even had a breaking point. I wondered if a day would ever come that would set me so far off that I left him. For the longest time, it seemed like that day would never come.

But everyone has the point. And I was happy to find mine.

I learned it's OK to demand faithfulness.

Not everybody on this earth believes that being faithful is an important aspect of a relationship, and that's OK. But it's also OK to demand that if you feel like it's what you need to be happy.

I learned not all love is meant to last forever.

Nobody pictures falling madly in love only to break up. And I was no different. I felt like there really wasn't anything else in the world I needed as long as I had this love.

I don't look back on this relationship and think how awful it was anymore. I know that, even through all the cheating, I spent years in love — and that's not something I regret.

But I do look back on it and realize that not all love is meant to last a lifetime. Some love is meant to change the way you look at the world, yourself and your future. You learn lessons throughout, make memories and develop into who you are meant to be through love.

And sometimes, that love isn't supposed to continue on through every stage of your life.