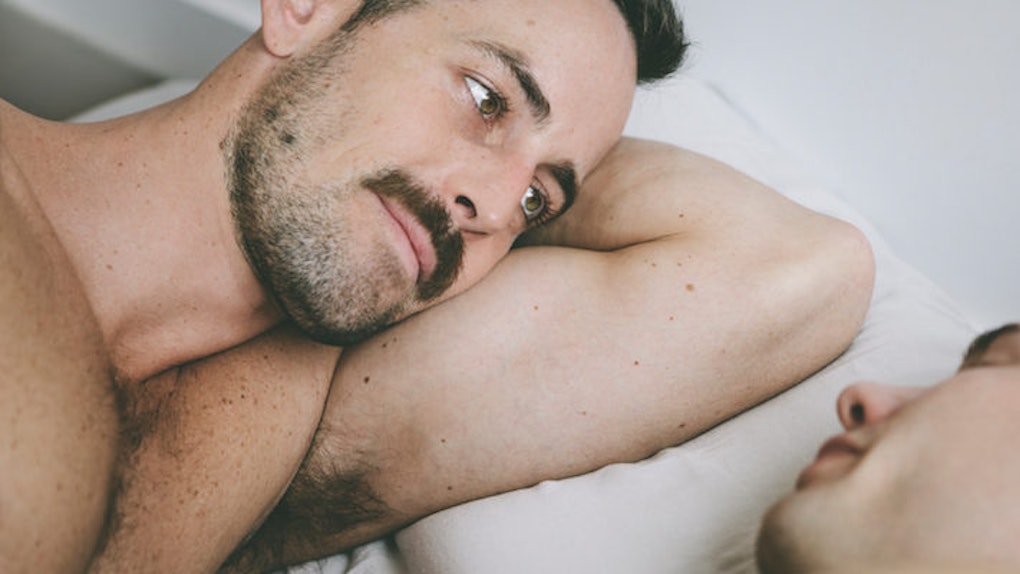 Hooking Up Doesn't Always Mean You Want To Be Exclusive

I had just come off of a hookup scenario that wound up being two months of wasted time with someone who abruptly ended things with little to no warning.

He wasn't my boyfriend per se, but after two months of making each other dinner and having sex (not at the same time), he decided he didn't want anything... at all.

He was over me, had decided to do him and in turn, I decided he should go fuck himself.

Though a bit of a disappointment, I tried to not let it deter me from scoping out regulation hotties in the future. In fact, I pledged to be more aggressive in the New Year when it came to being with guys. Sure, I still would like a boyfriend, but that's not my end goal.

It's cuffing season, and I want the perfect cuddle buddy. I want him to do these three things, and literally, nothing else:

It's as simple as that.

Unfortunately, guys apparently don't get that vibe from me. Over the last month, I've had two new suitors make an attempt at leaving me high and dry because they just don't see this thing going the way I want them to.

They believe I have expectations they will never meet, and they don't want to let me down.

Now, I went out with one of these men only once. On this one date, I was under the impression he was bored of me until, two locations and five drinks later, we were going at it by the steps of the L train.

Christmas was approaching fast, so although we wouldn't be able to hang out until post-holidays, I was confident I'd see him again.

It was when New Year's Eve approached that he sent me a relatively unwarranted essay.

After asking when I'd be able to see him again, he replied that seeing me again probably wouldn't be in my best interest. He'd just gotten out of a relationship and thought I was great, but he just wasn't ready.

Instead of throwing a hissy fit like a 12-year-old tween, I kept my cool. I told him I had had a great time with him, and to be honest, was just looking for a good time. Nothing crazy, and nothing more.

“If you're OK with just having fun, you can disregard what I said,” he sent back.

So, he was about to dip out on me based off of a simple assumption of basically... nothing. I wasn't aware that I have “BE MINE FOREVER” tatted across my forehead.

I wasn't aware that I have 'BE MINE FOREVER' tatted across my forehead.

Things progressed much more with the second guy I found myself in the same situation with. After three relatively successful dates, two great meals and one quality sleepover (including a shower where he washed my face — y'all should try it), I became comfortable.

I saw us getting into a routine. Since we'd only hooked up once, I envisioned it happening again... and again... and then maybe a few times more.

That is, until round four, when things just crumbled into pieces.

After a failed attempt at seeing a movie, we strolled around in the rain with no contact whatsoever — and I really mean none. He held an umbrella while I stood close, but not so close that I was actually covered.

After being denied the request of just cuddling inside with some takeout and a DVD, I finally grew the balls to speak up. Something was happening, and I wanted to fucking know what it was.

He figured I wanted something more, he wouldn't be able to deliver, yada, yada, yada. I'm pretty sure I started to zone him out after awhile because I've heard it all before — literally, days prior. And it just didn't make a lick of sense to me.

To these guys, I give off the vibe that I'm going to handcuff them to my bed and never let them leave. Something I must be doing or saying emits the feeling that I'm in this for the long haul so when we're not texting, I'm picking out china patterns.

They couldn't be more wrong.

To these guys, I give off the vibe that I'm going to handcuff them to my bed and never let them leave.

Why are all of these dudes convinced I'm so indebted to them that my conversation is limited to only them? What makes them think that while in between answering their texts, I'm not viciously swiping away on Tinder?

I'm never searching for something exclusive. Like I said, a boyfriend would be nice, but these guys I'm hooking up with need to get the idea that being exclusive is the only thing I want out of their head.