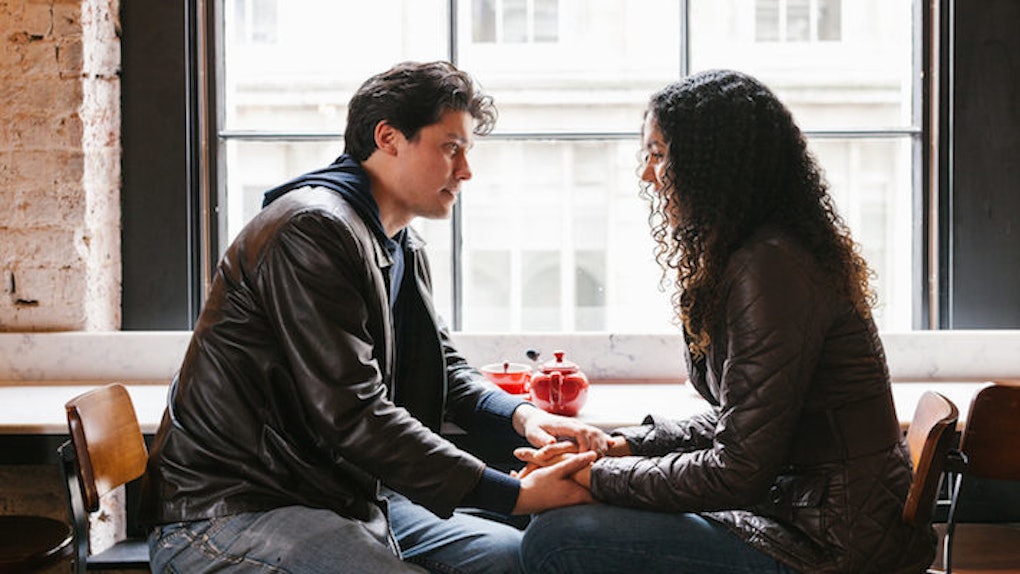 Can't Help It: The Real Reasons Women Pick Fights With Men They Love

You don’t always have to fight for something. You can fight about anything.

Every woman has started that fight whereby the middle of it, she can’t turn back -- no matter how stupid and ridiculous she knows it to be.

That fight about how you’re not attracted to her anymore because you said you were tired or how you should have known what she was thinking -- if you loved her you would have known.

Yes, we know how delusional we sound. We get it. But we can’t help how we feel. We’re emotional and tied to our gut.

We pick fights because we’re picking up on something. It might not be about your messy room or your innocent comment about how tired you are, but it’s there, tied to something bigger.

We pick fights because we can’t figure out what we’re really upset about.

Or we’re trying not to admit what we’re really upset about, trying to push it under the rug, only to let it come seeping out in tiny, insignificant, dirty moments.

We’re as ashamed as anyone about these moments. You may forgive us, but trust us, the guilt we carry around is punishment enough.

The only thing worse than being out of your mind is knowing you’re losing it.

To see it pouring out, even though you promised yourself 10 times that day that you wouldn’t bring it up -- to say that one thing you told yourself you wouldn't say.

It’s our biggest downfall and worst flaw. It’s the one thing we try to control but always lose. So please, just try and forgive us.

Because we can only try and guess why we’re doing it.

If it weren’t for us, there’d be no flavor in the relationship. We stir the pot, add some spice and give it that extra heat that’s sometimes too hot to enjoy.

We can’t help it. We like excitement and drama. We like to bring things to their boiling point.

Because make-up sex is best

If we’re fighting about nothing, then it should be nothing to get over. Then it’s just nothing but the make-up sex left.

Can you blame a gal for trying to get some hot make-up sex? We all know it’s the best kind, and if you can get over the fight, why not get under the sheets?

Because things are going too well

Sometimes it’s easier to point the gun at someone else than at our own head. We’re creatures of self-sabotage, and if we’re not trying to hurt you, we’re just after ourselves.

We have the habit of refusing to accept a good thing and only looking for the one bad thing that may or may not even be there. We want to kill the relationship before it has the chance to kill us.

Because we like to see how far we can push him

We love to test the waters, see how far you’ll go but at what point you’ll stop.

Every woman likes to gauge how far her man will go for her -- and how far he won't. We like you to go certain lengths but have enough self-respect to know when to tell us off.

Every woman sets her own standards, and the only way to see his score is to pass him the exam.

Because he’s refusing to address anything

We’re prone to picking at small things when he refuses to address the big thing.

Whether we had a fight over something that was never resolved or he doesn’t see what we’re really upset about, we’ll tear at everything around it until there’s nothing left but the cold, naked truth of the real problem and a huge mess surrounding it.

Caring, unfortunately, is picking. Mothers do it, grandmothers do it and girlfriends do it. We pick because you won’t.

We notice little things because we love you, and loving you means noticing everything, from the way you brush your teeth too loudly to the way you fold your shirts.

We just want to make your life better and in return, take ourselves out of it.

The hardest thing about being chill is not burning up from the inside. It’s hard to keep the temperature cool when you’re breathing fire.

It’s hard to be that cool girl when all you can see is red. But we try. We try for his sake and the sake of the relationship.

We try because he doesn’t know what it’s like to be a woman, to care about things he’ll never notice. We try because we want to be perfect.

Unfortunately, you can only be chill for so long until you just turn cold.

Because we know he’ll forgive us

He’s the one person we can unload on. He’s the only one who can take our sh*t and move on like nothing happened.