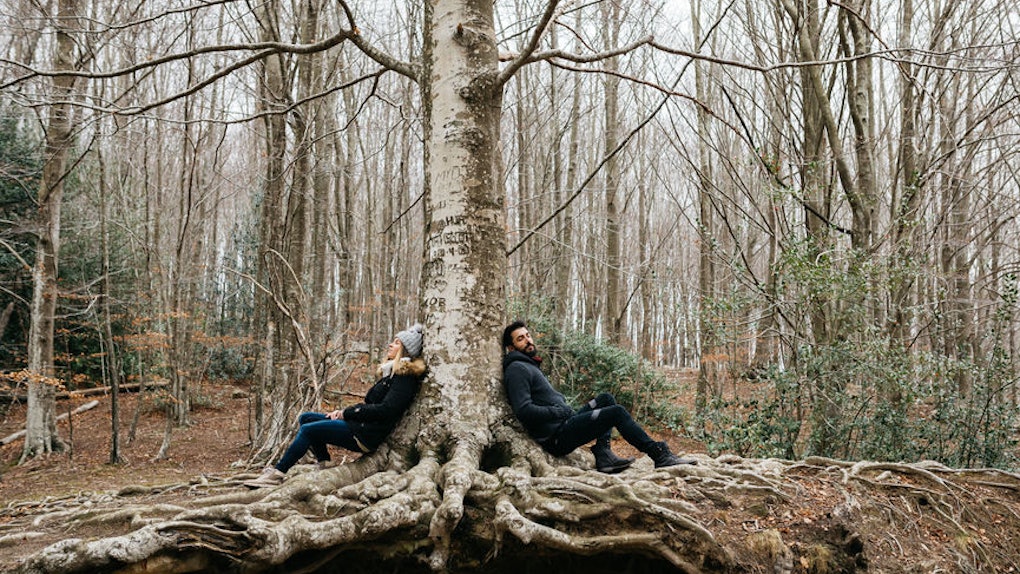 4 Fights Every Couple Has On The Reg, So Don’t Worry Too Much

For the most part, relationships take work. This isn't to say that they're not fun, or that your relationship has to require a ton of effort. But in general, couples fight from time to time. So, if you and your partner have been having more arguments and fights than you're used to, keep that in mind. There are actually certain fights every couple has that can be instrumental to learning and growing together. Not every fight is a bad thing, experts say.

"Every couple goes through bumps on the road, especially after they go through the honeymoon phase, where it’s easier to let things slide," Julie Spira, online dating expert and award-winning dating coach, tells Elite Daily. "A fight here or there or argument doesn’t mean it’s the end of your relationship," she continues. "Managing to communicate and getting through these differing opinions or problems helps your relationship grow." Again, don't stress.

"In any relationship, whether romantic or platonic, it is normal to have arguments," Erika Ettin, dating coach, tells Elite Daily. "When you spend a significant amount of time with someone, it's inevitable that disagreements will arise. So there is no need to worry if you and your partner argue."

Fights are totally normal, but these four fights in particular are super common, so don't worry too much about them! Sure, it might be annoying to deal with, but experts maintain that most of these fights are actually helping you in the long run.

For whatever reason, some men don't seem to understand that if they leave the toilet seat up, there is a good chance the next person who has to go will fall right in. I know, I've been there. It took time for my fiancé to understand that it would be super helpful for him to leave the seat up, but now, I haven't fallen in in months, so I'm grateful for those little fights. Which, by the way, Spira says are totally normal.

"Some of the most common fights in relationships are as simple as the guy not putting the toilet seat down no matter how many times his partner asks him to do so," she explains. It's annoying, but ultimately, you two will probably get past it with a few conversations about responsibility and compassion.

If you and your partner live together, or even if you just spend a lot of time at your place, there might be some arguments about who is responsible for cleaning up.

For example, Ettin says you might say something like, "'When you leave all of your dirty dishes everywhere, it makes me feel like you don't think we are equal partners when I always have to clean them.'" No one really likes to have to do the dishes, so arguing about it is pretty common. It's not a sign of a doomed relationship — that is, unless you can't come to a solution.

If you and your partner do live together, Ettin explains that fighting over "chores, cleaning, the cleanliness of home, pet care, and laundry," is pretty common. It's still no fun, but there's also no reason to worry too much about it.

If you or your partner have a significant ex-boyfriend or ex-girlfriend in their past, then it can be hard not to bring them up or make comparisons. In fact, "talking and comparing your partner to your ex," is a super common fight couples have, Spira says.

Most fights in relationships are pretty normal. In fact, "I'd be concerned for your relationship if you told me that you never had disagreements," Ettin says. "That would make me wonder who isn't sharing their feelings and what's getting pushed under the rug. It's how you argue and resolve things that will make all the difference." Just remember, it's OK to fight and argue, but it's how you resolve those issues that matters most.

More like this
This Couple Met On BLK & Shares A Deep, Spiritual Connection
By Veronica Lopez and Hannah Orenstein
7 Reasons A Libra & A Pisces Make The Ultimate Power Couple
By Courtney Dercqu
19 Cute “Good Morning” Texts To Send Your Partner Every Day & Put A Smile On Their Face
By Christy Piña
Stay up to date