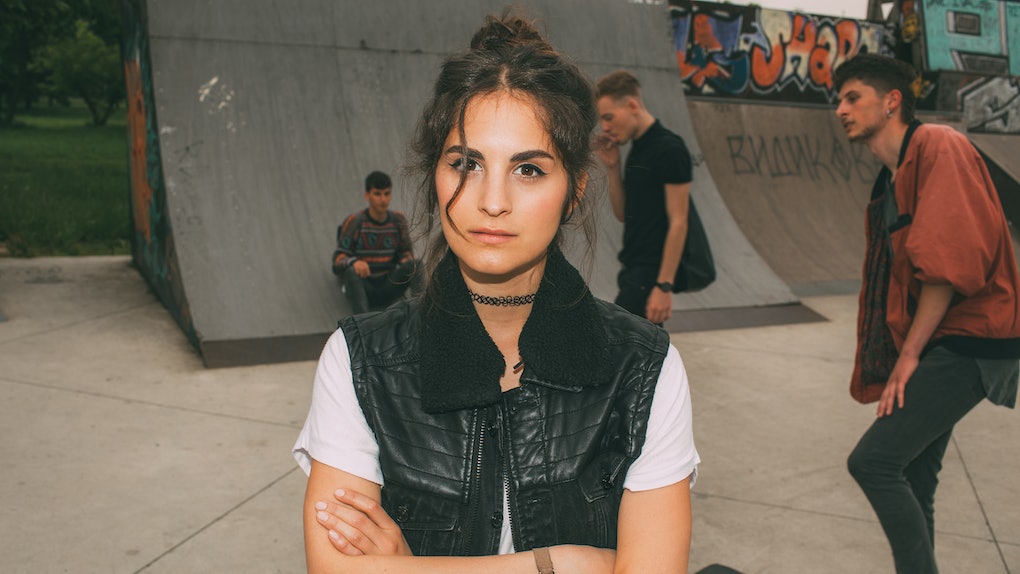 If You Love To Pick Fights In Relationships, You're Probably One Of These 4 Zodiac Signs

Even the happiest and healthiest relationships have their lows from time to time. Being able to directly state your feelings when in a disagreement with your partner is an important skill to develop, even when it feels a little intimidating. Of course, if you tend to get super passionate when talking about your feelings, or if you maybe, kind of, love to pick fights in relationships, your zodiac sign may have something to do with it. "It’s not unusual for any of us to pick a fight with the ones we love. Although some of us seem to be more attracted to debate than others," Linda Furiate, consulting astrologer specializing in addictive behavior and relationships, tells Elite Daily.

Whether you like to know all the facts before your fight or you go with your gut, getting down to the heart of an argument can take many forms. If you love to debate or you are the type that needs to always be right — it can be interesting to see how your zodiac sign plays into the way you tend to pick fights with your boo.

Here are four zodiac signs that kind of love to argue with their partners.

"Aries will often pick a fight to establish control. Aries is the first sign of the zodiac and is ruled by the warrior planet Mars. It is important for an Aries to get his or her needs met first as this is often seen as a means of survival," Furiate says. "Aries prefer to take the lead in many situations and will argue their way to get their needs met."

"Aquarius loves a great intellectual debate often seeing their point of view as the most logical. With Aquarius’ rebellious nature then may provoke a fight to prove that they are more knowledgeable," Furiate says. "It is hard to change the mind of an Aquarian; trying to get an Aquarian to recognize their partners needs may often lead to a fight."

"Scorpio may pick a fight to uncover a truth. Scorpio is often seen as jealous and possessive and may sense that their partner is hiding something," Furiate says. "Emotions run deep with Scorpio. Evoking a similar emotion in their partner may lead to greater intimacy and passion." Additionally, astrologer Cindy Mckean says, "While Scorpio doesn't exactly seek fights, they do choose their battles wisely. Strategy is key for Scorpio, so if you land in their battle circle, be prepared to be put in your place."

"Virgos are known to be detail-oriented and particular. This may come across as being critical to others," Mckean says. "While it isn't exactly fighting, there's a fair number of people that like to roll with the major themes of the day instead of focusing on the smaller things."

Of course, no matter your sign, if you like a good date, there's nothing wrong with stating your piece. Expressing your feelings is a super important skill, especially in a long-term relationship. As always, #communication #is #key, and if you're more of a fighter than a lover, sometimes the best thing to do is to talk it out.

More like this
Each Zodiac Sign Gets Bored In Relationships For A Different Reason, Here's Yours
By Rachel Shatto
3 Zodiac Signs Most Compatible With Kourtney Kardashian & Travis Barker
By Caroline Colvin
7 Reasons A Libra & A Pisces Make The Ultimate Power Couple
By Courtney Dercqu
Stay up to date