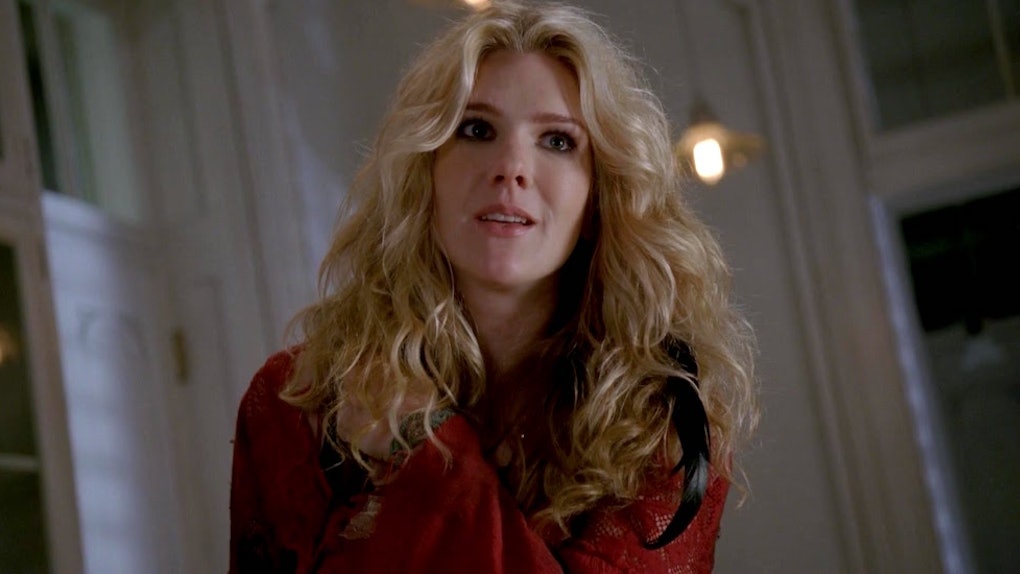 Will Misty Be In 'AHS: Apocalypse'? Lily Rabe Is Back, So Fans Should Start Mentally Prepping

American Horror Story is bringing back all of our favorites for Apocalypse, but although a ton of cast members have been announced, there is still one major question plaguing fans. Earlier this week, Ryan Murphy confirmed that AHS veteran Lily Rabe will be a part of Apocalypse, but did not specify what role she will play. So... will Misty Day be in AHS: Apocalypse, or is Rabe playing a different character? Let's break down everything we know.

On Tuesday, showrunner Ryan Murphy announced that a bunch of American Horror Story faves will be returning for Apocalypse: Taissa Farmiga, Gabourey Sidibe, Lily Rabe, Frances Conroy, and Stevie Nicks. Although he did not clarify who the actors would be playing, most fans were quick to assume that they would all be reprising their witchy roles originated in Season 3, Coven. After all, we know that the new season will be a crossover between Murder House and Coven, and although Murphy had earlier teased that he invited all the witches back for Apocalypse, only two had been confirmed (Sarah Paulson as Cordelia Goode and Emma Roberts as Madison Montgomery). Plus, it seemed pretty telling that Murphy was announcing this group of actors together, since they all played witches in Coven.

That said, Taissa Farmiga, Lily Rabe, and Frances Conroy all also starred in the Murder House season that will also be central to Apocalypse. Farmiga confirmed on Twitter that she would be reprising her role as the witch-in-training Zoe Benson rather than troubled teen Violet Harmon, but Rabe and Conroy are still in question.

Frances Conroy and Lily Rabe have both appeared in every season of American Horror Story except for one, with Conroy sitting our for Hotel and Rabe not appearing in last year's Cult. Although Conroy and Rabe both played ghosts in Murder House ( Conray as the age-shifting maid Moira O'Hara and Rabe as the long-suffering socialite Nora Montgomery), it looks most likely that they will be reprising their Coven characters instead: Conroy as the frizzy-haired witch Myrtle Snow and Rabe as the hippie, Stevie Nicks-obsessed witch Misty Day.

However, there is a bit of a problem here. Coven saw Myrtle Snow burned at the stake, and Misty Day wound up eternally trapped in hell. While AHS is no stranger to bringing dead characters back to life and there are already some theories about Misty returning from hell in Apocalypse, the fact that we already saw both witches die could also cause some fans to rethink the possibility that Frances Conroy and Lily Rabe may be reprising another couple of their iconic AHS roles.

Although Ryan Murphy has only mentioned Murder House and Coven as being crossed over in Apocalypse, there are a bunch of fans who think Frances Conroy and Lily Rabe may be playing their characters from Asylum in Apocalypse. The teaser trailer for the new season showed a woman in a silk slip surviving a nuclear apocalypse who seemed to resemble Sister Mary Eunice, Rabe's satanically possessed nun from Asylum, which also seems to fit with some of the biblical imagery in the teaser. And as for Conroy, her role as the Angel of Death from Asylum really just feels like it would be a perfect fit for a season themed around the apocalypse.

So will we see Lily Rabe as a satanic nun or a sweet witch in this new season? We will find out when American Horror Story: Apocalypse premieres on FX on Sept. 12, 2018.