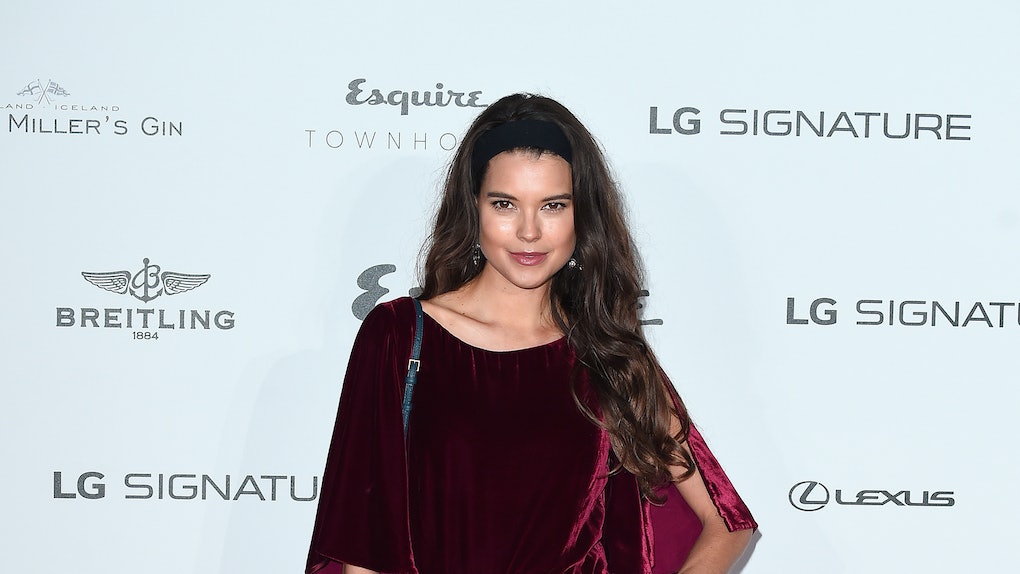 Who Is Sarah Ann Macklin? Prince Harry Dated Her Right Before He Met Meghan Markle

It’s hard for me to remember a time before Prince Harry and Meghan Markle graced my life with their swoon-worthy relationship. But prior to their romance (which began in July 2016), Harry and Meghan both dated other people — and now, it’s been reported that Harry was actually dating someone casually when he met Meghan for the first time. Who is Sarah Ann Macklin? Prince Harry dated her in 2016, right before he met the love of his life. Elite Daily has reached out to reps for Prince Harry and Sarah Ann Mackin for confirmation of their relationship, but has not heard back by the time of publication.

You see, back in the day, Harry was known for being quite a catch. He dated Chelsy Davy from 2005 to 2010, and then Cressida Bonas from 2012 to 2014. He was also reportedly linked to several other women in the years before he met Meghan. But now, it’s being reported that Harry was casually seeing model Sarah Ann Macklin in 2016, right before he was set up on a blind date with Meghan. The reported relationship is making the news again thanks to a story via The Daily Express, and it originated from reporting in a May 2018 book by biographer Angela Levin, Harry: Conversations with the Prince.

Who is Sarah Ann, exactly, and how serious was her romance with Harry? According to her personal website, she began her career as a fashion model, appearing in Vogue and working with designers like Burberry, Dolce and Gabbana, and Ralph Lauren. She then developed an interest in nutrition and wellness, which she channeled into her current career as a registered nutritionist. Sarah Ann’s Instagram bio reveals that she still models, and also works as a contributing wellness editor for Evening Standard Insider. Her feed is filled with photos of colorful health food creations as well as gorgeous OOTD snaps. Sarah Ann lives in London.

According to Levin’s reporting, Harry and Sarah Ann met at a private party, exchanged numbers, and went on a few dates in 2016. However, it never progressed into anything serious, and Levin wrote that it was really “just a fling,” as reported in Cosmopolitan. If you remember, Harry and Meghan were set up on a blind date by a mutual friend in July 2016, and their relationship progressed very quickly after that. So quickly, in fact, that they went on another date the very next day.

So, clearly, whatever was reportedly going on between Harry and Sarah Ann wasn’t serious enough to get in the way of Harry's whirlwind love story with Meghan. The heart wants what it wants, I guess? As for Sarah Ann, it’s not clear from her social media whether she is currently dating anyone. Until she or Harry confirms their brief reported romance, the world may never know for sure what was happening between then. But with Harry now happily married to Meghan and a new dad to baby Archie, and with Sarah Ann juggling her modeling career, travels, and speaking engagements, I think it’s safe to say all’s well that ends well.