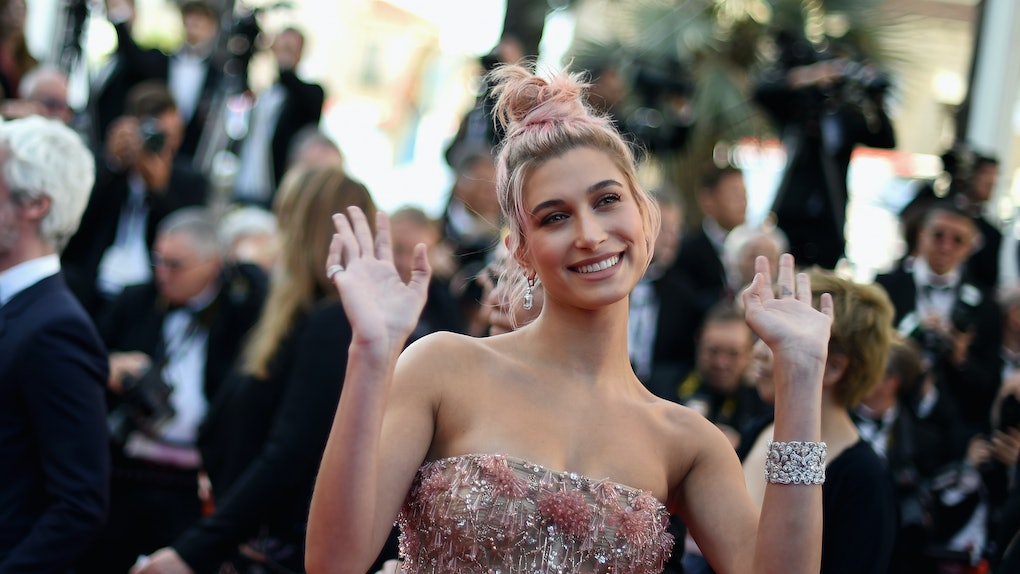 Who Did Hailey Baldwin Date Before Justin Bieber? Her Dating History Is Eye-Opening

By now you've surely heard the good news that Hailey Baldwin is getting married to Justin Bieber. After a whirlwind relationship starting at the beginning of the summer, the 21-year-old model is officially on her way down the aisle. Honestly, she couldn't look happier. The engagement definitely drew a heightened amount of press to Baldwin and her romantic life, leaving some fans wondering — who did Hailey Baldwin date before Justin Bieber? The answer is: actually, a few other famous musicians, TBH. Hollywood is kinda small, ya know?

Die-hard fans out there know Bieber and Baldwin dated once before back in the day. According to Billboard, the two were together from roughly January to April 2016, smack dab in the middle of Bieber's legendary on-again, off-again history with Selena Gomez. In the two years between Bieber and Baldwin's split and incoming engagement, she was briefly linked to a couple other gentlemen. Most notably, rapper Drake and singer-songwriter Shawn Mendes, though there was a brief fling with internet personality and actor Cameron Dallas, too.

Honestly, she's so young, it feels like anything before 2016 doesn't really count, anyway. So, let's dive into these three other previous relationships, shall we?

According to People magazine, Drake and Baldwin were dating "super casually" around June of 2016. The two were spotted sharing a meal at a restaurant, though they ultimately ended up leaving the place separately. At the time, a source told the publication, "Drake and Hailey are dating super casually, but he is really into her. They met through mutual friends and are taking things slow." Those reports eventually fizzled out, but this epic photo shared on Baldwin's Twitter account remains.

According to E!, Baldwin and Dallas ran in similar social circles and had an "instant connection." In June of 2017, an insider told the news outlet, "Hailey has been friends with Cameron for a while now, but most recently they've taken their friendship to the next level." That relationship was also described as "low-key" and seemed to blow out organically.

Billboard claims the romance between Baldwin and the "In My Blood" singer began in October of 2017, but they didn't make any official appearances together until they stepped out together on the 2018 Met Gala red carpet. Their body language was enough for even the most oblivious person to pick up on their chemistry. So, you can imagine how jarring it was when Baldwin was making out with Bieber all over New York City just one month later and insisting that she and Mendes were only ever friends. Like, what?!

In perhaps the most mature moment in all of celebrity-history, when asked about Jailey's engagement, Mendes told ETALK, "I love them [Justin and Hailey] both. They're both really awesome people."

And now, here we are — just a few months and one engagement ring later. Funnily enough, if Baldwin decides to take Bieber's last name she won't need to change her initials or any monogrammed jewelry. Can't say that about Drake, now can you?