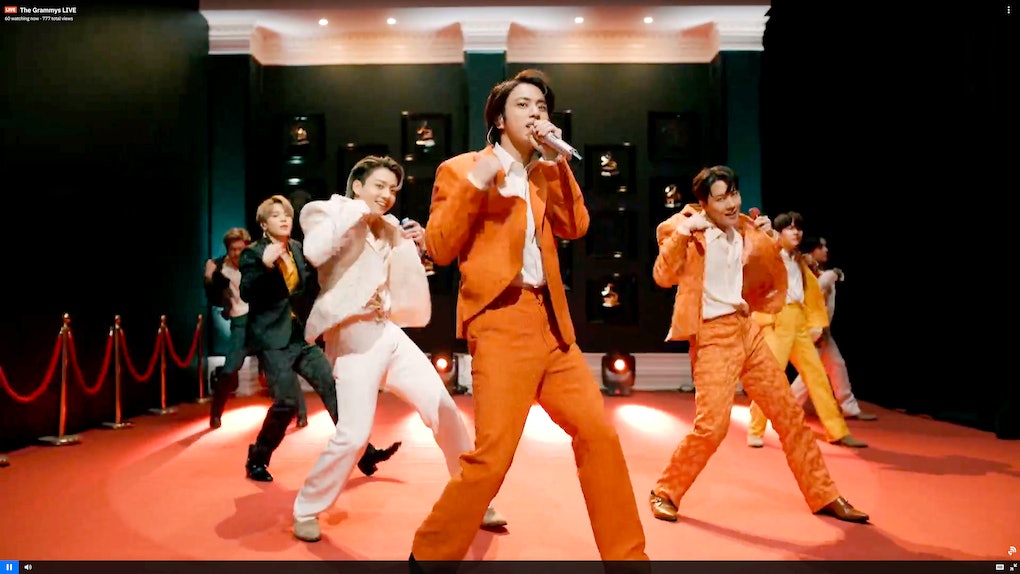 When Will BTS' 2021 Album Drop? Their Next Comeback May Be Right Around The Corner

Just days after BTS dropped their latest Japanese single "Film Out" on April 1, rumors spread the guys are getting ready to make their next comeback. It all started on Sunday, April 4, when the Korean news site Sports Donga reported the septet will release new music sometime this spring. Big Hit responded to the report, so if you're wondering when BTS' 2021 album will drop, here's what you need to know.

BTS has been teasing new music for months now. Back in January for the 35th Golden Disc Awards, RM announced, "We will also come back with a good song again this year, so we will appreciate it if you look forward to it." ARMYs got excited at the thought of another single coming from the group, seeing as last year, they released hits like "Dynamite" and "Life Goes On," which both debuted at No. 1 on the Billboard Hot 100. Fans even theorized BTS' BE (Deluxe Edition) was the start of an album trilogy series and their next record would be called FEAR, followed by their third album, LESS. Put together, the series would spell out "BE FEARLESS."

Since ARMYs are always looking ahead, they were happy to hear rumors of another BTS comeback happening soon. According to Sports Donga, the septet is releasing another single this May, which could mean their next album will arrive soon after. Big Hit responded to the report, but neither confirmed nor denied anything. "We will reveal our artists’ plans after they are finalized," they said.

Even though nothing is set in stone just yet, ARMYs celebrated the news of a possible May comeback on Twitter. They were especially excited when they realized if the rumors are true, BTS' comeback stage could be at the 2021 Billboard Music Awards on Sunday, May 23. They made their comeback with "Fake Love" at the 2018 BBMAs, so it's a good theory they could be doing it again with their upcoming single.

If everything goes according to plan, fans predict BTS' comeback will be on Friday, May 21.

BTS has performed at the Billboard Music Awards every year since 2018, so it's highly likely they'll be there again in 2021.

Get ready, ARMYs, because another BTS comeback could be right around the corner!