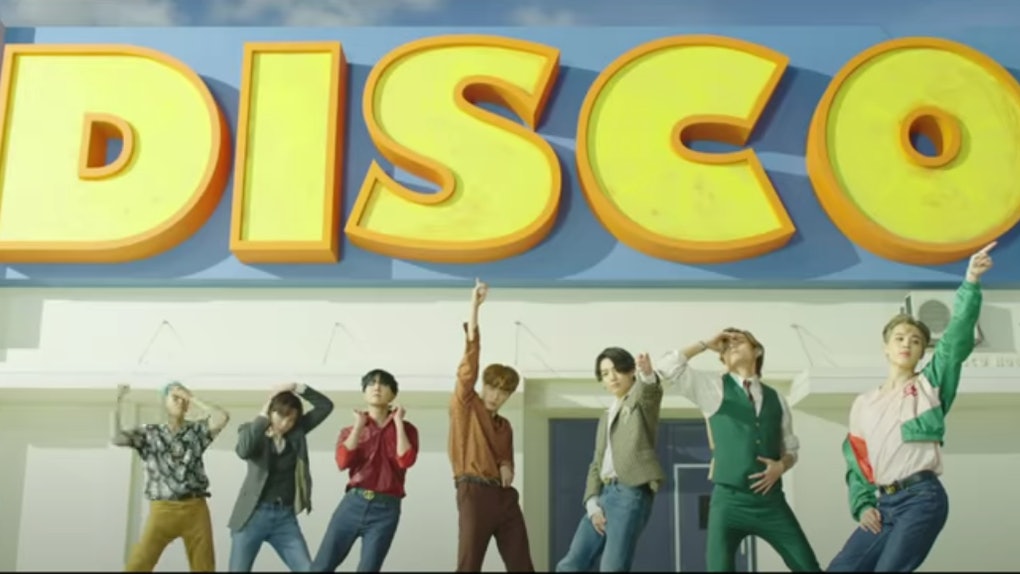 These Tweets About BTS’ “Dynamite” Music Video Are Exploding With Joy

It's a good day to be a member of the BTS ARMY. The superstar K-Pop group has released their newest video, and it will have fans dancing along while they watch. In fact, it's almost impossible not to dance to. The tweets about BTS' "Dynamite" video are as explosive as the video's name.

BTS dropped the "Dynamite" video on Aug. 21, and it instantly took the internet by storm (10 million views in just around 20 minutes kind of by storm). In the clip, the septet took fans to the "disco," showing off their best dance moves the whole way through. Easily their grooviest clip to date, and their first all-English track, "Dynamite" had fans dancing along at home even before its release. When the band dropped the video's trailer on Aug. 18, fans couldn't get enough. "I physically can’t resist dancing whenever I watch the dynamite trailer," one member of the ARMY said.

Another insisted the full "Dynamite" video would be a "work of art."

"DYNAMITE will be a work of art, as soon as I heard the song I couldn't get it out of my head and it's just the trailer, it's a song that will be a bomb in the music industry, I love them, and I love their hard work, they are the best," they tweeted.

Now that the full video is finally here, it's required viewing for ARMYs everywhere. It was, in fact, a work of art. The disco-pop track the boys released as an early gift to fans ahead of their album release in late 2020 was just what fans needed. In the video, the boys jam out to their new tune with a little funk and soul. By that, I mean they channel so many different eras of boy bands, from the '70s Jackson Five to insert-pastel-clad-'90s-boy-band-of-your-choice-here.

To say fans are exploding with excitement on Twitter over the joyful new song would be an understatement. Check out ARMYs' reactions below.

More like this
These Tweets About BTS' 'Bang Bang Con 2021' Sum Up The Epic Performance
By Cianna Garrison
These Tweets Comparing SuperM's "We Do" To BTS' "Dynamite" Video Are So Split
By Michele Mendez
With 'Like Water,' Wendy Found Her Biggest Cheerleaders In Her Red Velvet Bandmates
By Michele Mendez
Stay up to date