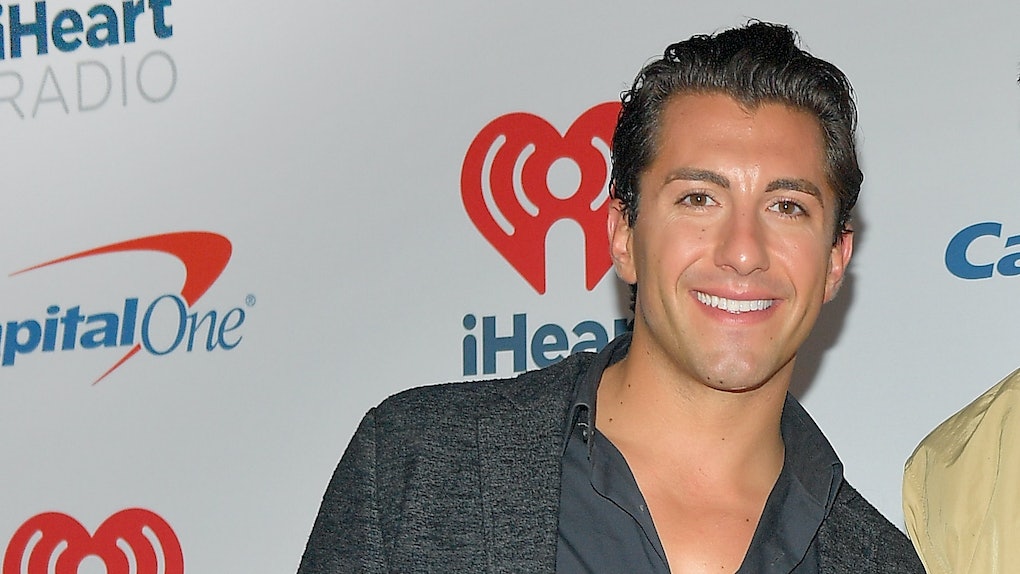 When people join The Bachelor or The Bachelorette, they're (hopefully) hoping to come out of it with a partner. But even if only one person gets the final rose, that doesn't mean there aren't more opportunities for the rest of the contestants to find love. Enter Kaitlyn Bristowe and Jason Tartick. They weren't on The Bachelor or The Bachelorette at the same time, and they weren't on Bachelor in Paradise either, but they managed to meet and fall for each other pretty quickly, which makes me wonder about what Jason Tartick is like as a partner.

ICYMI, Bristowe and Tartick began dating after he guest-starred on her podcast, Off The Vine. Bristowe teased Tartick, asking him when he was going to "finally" ask her out, and he quickly jumped at the chance. He responded saying, if they were in the same city, there was "no reason why they shouldn't go to dinner or grab drinks." After their playful banter, the two really did go on that date, and clearly hit it off, considering they've been dating since.

Bristowe confirmed their relationship on her podcast, saying, "We are so open and honest and like our communication is like so mature and healthy... And we're very vulnerable. It's life-changing actually." And the fact that the two are so smitten with each other makes total sense when you think about it. Tartick was born on October 24, which makes him a Scorpio. And when they're in, they are all in. But that's not the only thing his zodiac sign tells us about the way he is in a relationship. Here are a few more.

Scorpio is passionate, both in and out of the bedroom.

Scorpio is known for being incredibly passionate in every aspect of their life. They will love with all that they've got, but they will also fight with that same fervor. They will stay up all night pleasing you in every way imaginable, or arguing about an issue they feel is important in the relationship. Because Scorpio is ruled by Mars and Pluto, they never do anything halfway, especially not in relationships. But they are true believers in love, and that shows in their romantic tendencies and undying passion.

It may take some time for this sign to feel completely comfortable opening up, but once they do, watch out.

Scorpio is notorious for being cautious in love and keeping their guard up, especially when it comes to long-term relationships. As a water sign, Scorpio tends to hide their emotions under the surface and doesn't open up until they are completely certain they can trust you. When they finally let their guard down, it's a big deal, and shows Scorpio is in it for real.

In order to know Scorpio can trust you, they may set up a series of tests for their partner to see if they really know them. Scorpio may keep their partner out of the loop when it comes to what they want and expect their partner to play mind reader. Once Scorpio and their partner can get past this hurdle, however, their connection will be as intense and passionate as Scorpio is.

Scorpio is beyond loyal.

Scorpios are amongst the most genuine, loyal, and nurturing partners of all the zodiac signs. But due to their intensity and high standards, if they feel crossed in any way, they're less likely to forgive and forget, like other signs do. Scorpio gives their partner everything and expects the same in return, even if that's not how you roll. But they will love you with all their heart and be as loyal as physically and emotionally possible for a human being to be.

Ultimately, being with a Scorpio like Tartick may be a lot of work, but it's work that's worth doing. Scorpio will protect you and care for you with the same intensity and passion that they live their life by. Be patient with them, because eventually, they may let their guard completely down. Loving a Scorpio will take you on the ride of your life. Buckle up.

More like this
Here's Why Someone Cheats On Their Partner, Based On Their Zodiac Sign
By Danielle Sinay
3 Zodiac Signs Most Compatible With Kourtney Kardashian & Travis Barker
By Caroline Colvin
Emily VanCamp & Josh Bowman's Astrological Compatibility Is Dreamy
By Corinne Sullivan
Stay up to date