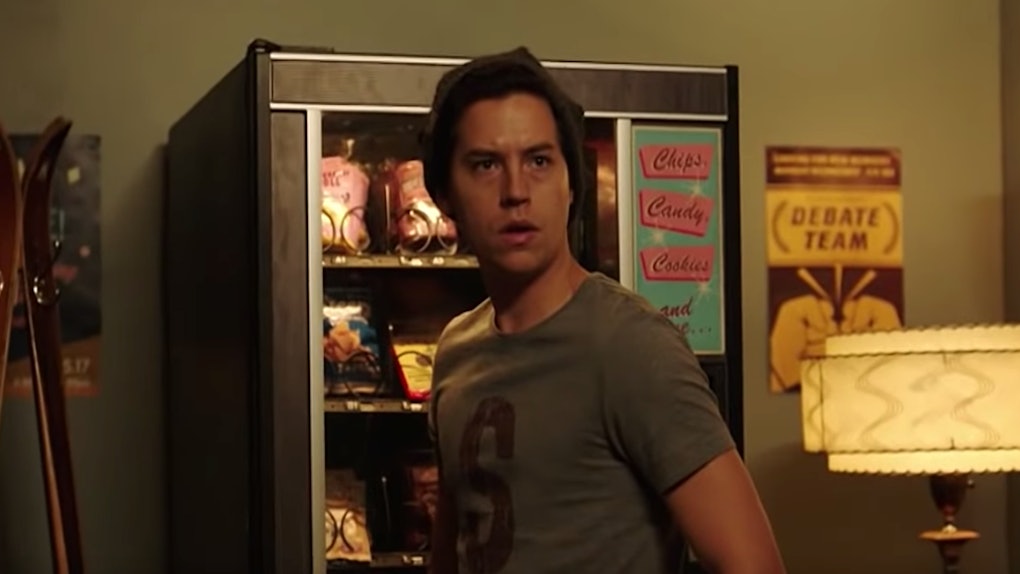 The 'Riverdale' Season 4, Episode 7 Promo Is The Stuff Of Nightmares

SOS, Riverdale is getting wild. The show's newest season has kept the Core Four's problems relatively separate, and something about the teens not being able to band together to face a common enemy is really unsettling. According to the Riverdale Season 4, Episode 7 promo, these distinct storylines are only getting more intense, and while it looks like the show's main two couples will finally get some time together, there's probably still a long way to go before fans will get to see Archie, Betty, Veronica, and Jughead work in tandem again.

Warning: Spoilers for Season 4, Episode 6 of Riverdale follow. Following the Nov. 13 episode, it's hard to imagine Riverdale getting any more twisted. I mean, there was Cheryl's possibly possessed doll, Julian, the apparent death of Jughead's teacher Mr. Chipping, and the reveal of a secret (and potentially deadly) love affair between Charles and Chic. It was a lot for just one episode, even by Riverdale standards, and yet it seems like the Nov. 20 episode might be even more packed.

Here's the synopsis for the episode, titled "The Ice Storm" (so you know it's going to be dramatic):

Archie’s (KJ Apa) plan to host a peaceful Thanksgiving dinner at the community center quickly gets derailed when some unexpected guests arrive. Stranded at Stonewall Prep by an ice storm, Jughead (Cole Sprouse) and Betty (Lili Reinhart) search for clues about a recent death on campus. Elsewhere, while FP (Skeet Ulrich), Alice (Madchen Amick), Hiram (Mark Consuelos) and Hermoine (Marisol Nichols) wait out the storm together at Pop’s, Cheryl (Madelaine Petsch) and Toni (Vanessa Morgan) get resourceful as they host a dinner for Cheryl’s family.

And here's the promo:

First of all, that axe-wielding bunny? Hard pass. I don't know what's going on at Jughead's school, but he needs to get out, ASAP. It sounds like Chipping is actually dead, so the one person there who was actually nice to Jug is probably gone for good, replaced by Mr. DuPont, who clearly has it out for Riverdale's resident weirdo. Luckily, it sounds like Jug will at least have Betty on his side for the upcoming events.

Over to Archie and Veronica, this couple is getting not one, but two dramatic Thanksgiving dinners. First, the promo shows Ronnie throwing a tantrum at a beautifully set family dining table, likely aimed at her dad and her mysterious half-sister, Hermosa. Then, over at Archie's community center, it looks like the good-hearted redhead is going to get into major danger. After discovering a severely beaten Dodger in the previous episode, it looks like Archie's going to get pinned for jumping the crime lord, and Dodger's family is going to get involved in a terrifying way.

But perhaps what stands out the most about the promo is actually what it doesn't include. Cheryl is mysteriously missing from the 20-second clip, and considering her storyline has been the creepiest of them all this season, leaving her plot up to fans' imaginations is super scary.