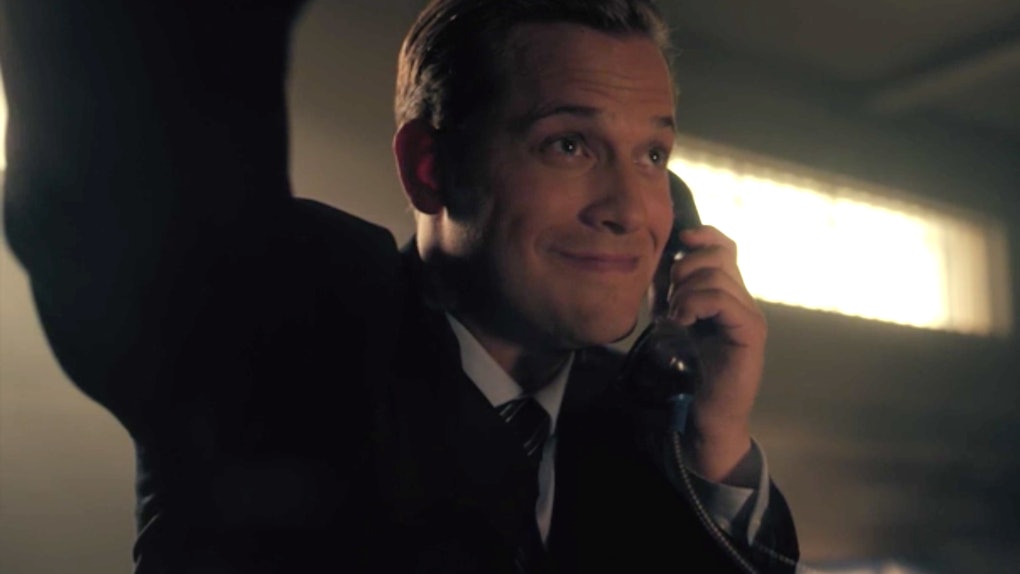 What Are Charles & Chic Up To On 'Riverdale'? That Twist Was WILD

Riverdale just hit fans with the first major twist of Season 4, and it definitely confirmed a lot of suspicions about Betty and Jughead's mysterious half-brother Charles. After showing up under mysterious circumstances in the Season 3 finale, Charles has remained a super-shady figure in Season 4 despite seemingly helping Betty out with his FBI know-how. Now, the latest twist has basically confirmed that Charles is trouble. Spoiler alert: This post contains spoilers for Riverdale Season 4, Episode 6, "Hereditary." That shocking final moment of the Nov. 13 episode has every fan wondering what Charles and Chic are up to on Riverdale, because it definitely can't be anything good.

After kind of just blindly trusting Charles for the first few episodes of Season 4, Betty finally started to wonder why her FBI-agent brother was still hanging around town after completing his mission of taking down The Farm. Remembering Chic had claimed to have a history with Charles, Betty visited the imprisoned former Gargoyle King to try to find out the truth. Back in Season 2, Chic claimed he and Charles lived together for a while after meeting on the streets, but his story about Charles dying clearly turned out to be a lie. However, Chic doubled down on the fact that he did live with Charles when Betty questioned him in the latest episode.

After very little prodding from Betty, Chic claimed Charles snapped and killed someone in their shared hostel room. However, when Betty confronted Charles with Chic's story, he claimed Chic had actually been the killer, and he said it was the moment when he finally decided to break up with Chic. Confused yet? Well, the biggest reveal of all came at the end of the episode, when Charles visited Chic in prison and revealed the two were very much not broken up.

Apparently, Charles and Chic were actually working together to get Betty to lead Charles to the body of the shady man Chic killed back in Season 2. Remember that? He was the blonde guy who showed up at the Cooper house looking for Chic, and was later revealed to be a drug dealer. It's not totally clear why Chic and Charles wanted to find the body, but destroying it does clear Chic of the murder, and Charles was able to use it as a means to bring Betty even closer to him.

The shady man's body is not as important as Charles and Chic's secret relationship, though. It seems like the two have been in cahoots since before Charles came to Riverdale, and this can't mean good things for Betty, Jughead, and the gang. With Penelope Blossom missing and Hal Cooper dead, Chic really is the most prominent villain left in Riverdale, and he probably has it out for the Core Four after they got him arrested in the Season 3 finale.

Charles and Chic's plan is still a mystery, but it could very well have to do with all those flash-forwards that fans have been shown — you know, the ones that showed Jughead's dead body and Betty, Archie, and Veronica will getting arrested for killing him. Chic's insider knowledge of the friend group and Charles' FBI expertise make them the perfect duo to potentially kill Jughead and then frame his friends for the murder. Fans should definitely keep their eyes on Charles and Chic in the coming episodes to see how this partnership pans out.

More like this
Who Is Annabelle On 'Cruel Summer'? Let's Discuss Kate's New Twist
By Rachel Varina
When Will 'Riverdale' Season 5 Return In 2021? Its Mid-Season Break Is Long AF
By Rachel Varina
Is Janine Dead In 'The Handmaid's Tale'? Season 4 Is Freaking Brutal
By Ani Bundel
Stay up to date