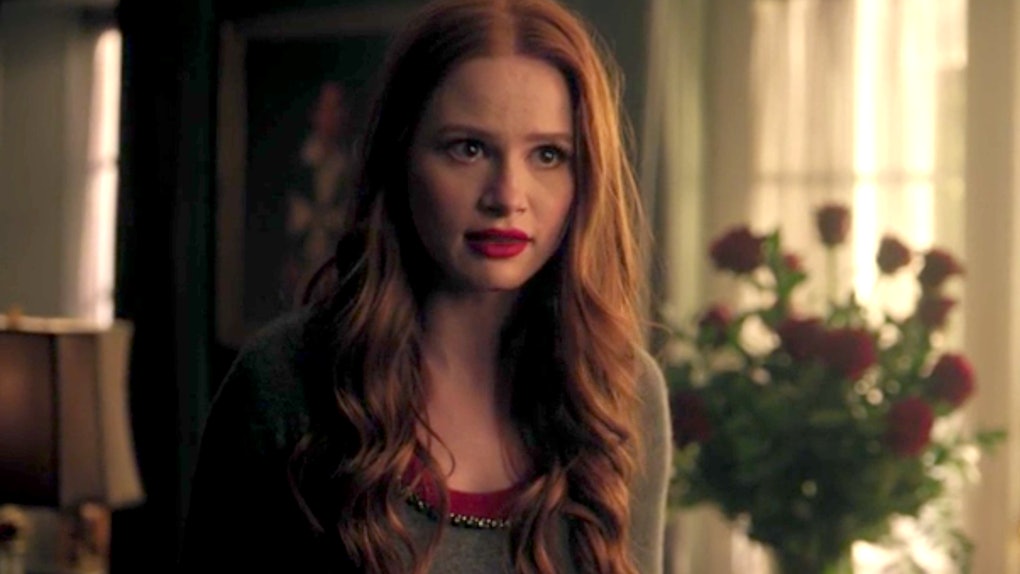 Is Cheryl's Julian Doll On 'Riverdale' Actually Possessed? It's So Spooky

Cheryl Blossom has had some of the most... umm... let's say interesting storylines on Riverdale, but the Nov. 13 episode took her drama to the extreme. Now that she has seemingly given up on school to live out a twisted ghost story in her home, Cheryl's main companions include a possessed doll, her brother's corpse, and some newly arrived relatives. And speaking of that first one, fans are wondering if Cheryl's Julian doll on Riverdale is actually possessed or not. The show has flirted with supernatural storylines in the past, but has yet to pull the trigger on going fully paranormal. That may all change now, though.

Spoiler alert: This post contains spoilers for Riverdale Season 4, Episode 6, "Hereditary." At the beginning of Season 4, Nana Rose dropped the bombshell that Cheryl actually had a triplet whom she consumed in utero. Cheryl was already having some wild sibling drama after bringing her brother Jason's corpse home and speaking to it as if Jason was still alive, but the reveal about Julian (the name of her apparently never-born other brother) tripled the creepiness at Thornhill.

At first, it seemed like Cheryl was just being paranoid about a creepy doll possibly being possessed by the spirit of Julian, but the "Hereditary" episode seemed to confirm Cheryl's ghostly fears. The one time Cheryl left her home, she learned her young nephew Dagwood choked on a ping-pong ball, and then she came home to see that the Julian doll had broken free from the circle of salt she put it in. Even creepier, the doll ended up ominously sitting on the lap of Jason's corpse at the end of the episode.

The episode certainly seemed to confirm that the Julian doll is indeed possessed, but Riverdale fans know all too well how much the show loves to suggest supernatural storylines, only to pull the rug out at the last minute with almost nonsensical, yet earthly, explanations. Honestly, even though it would be ridiculous, it wouldn't be too surprising if Nana Rose was the one moving the doll around for whatever reason. Then again, maybe Riverdale really will go supernatural at long last and the rest of Season 4 will be all about Cheryl dealing with a house full of ghosts. You've heard of The Haunting of Hill House, now get ready for "The Haunting of Thistlehouse."

If only Cheryl's family drama was limited to ghosts. While her possessed doll was apparently running amok in her home, Cheryl also had to fend off a trio of Blossom relatives poking around the place. Aunt Cricket, Uncle Bedford, and an unnamed third man arrived to try to get Cheryl to sell off the family's maple syrup business. Soon, though, their interest turned to the reason why Cheryl so vehemently denied them access to the family chapel, and Bedford wound up sneaking into the room to discover Jason's corpse and the Julian doll. After seeing the awful sight, Bedford threatened to kill Cheryl — which was a pretty extreme reaction, but Blossoms will be Blossoms — but Toni managed to save her girlfriend by bashing him over the head with a candlestick. (For anyone playing Riverdale Clue at home, that was Toni Topaz in the chapel with the candlestick.)

The storyline ended with a lot more questions than answers, and now Cheryl will have to not only contend with both of her brothers possibly haunting her, but also covering up Toni's apparent murder of Bedford. Talk about a stressful senior year.

Riverdale airs Wednesday nights at 8 p.m. ET on The CW.

More like this
These Fake 'Riverdale' Brand Names Are Even Better Than The Real Thing
By Rachel Varina
When Will 'Riverdale' Season 5 Return In 2021? Its Mid-Season Break Is Long AF
By Rachel Varina
Is Meredith Actually Recovering On 'Grey's Anatomy'? She Finally Woke Up
By Abby Monteil
Stay up to date