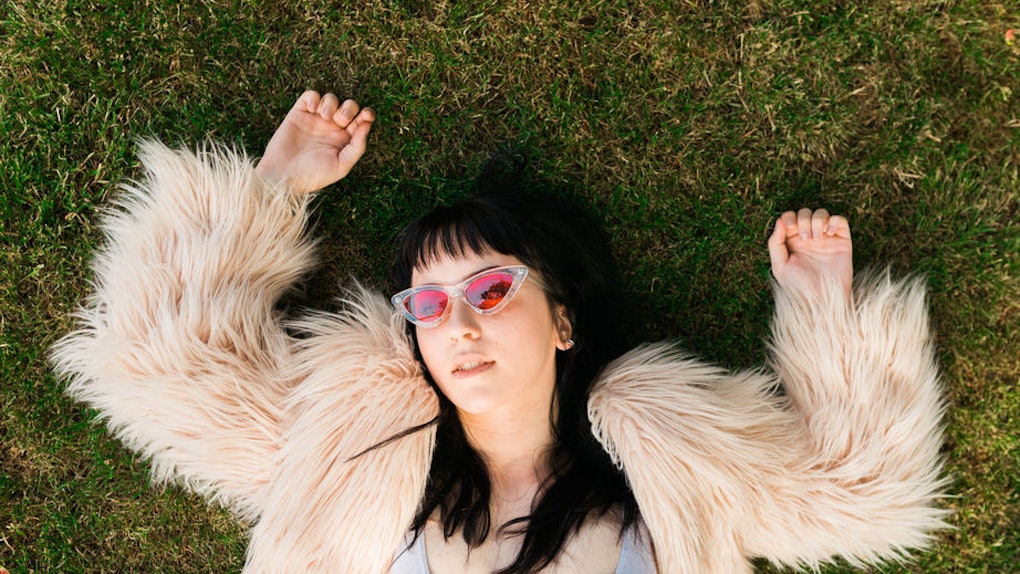 The Least Stressed Cities In The U.S. All Have These Things In Common, So Take Notes

If the inner workings of the human brain had a default mode, "stressed TF out" would be mine. You might’ve stifled a laugh reading that just now, but I’m seriously convinced I came out of the womb sweating the small stuff. Maybe you’re battling everyday stressors and anxieties, too: trying to land the dream job, enduring a long commute, showing your face at social events, when really, all you want to do is take a nap. But what if moving to one of the least stressed cities in the United States was your golden ticket out of an otherwise incredibly anxiety-inducing environment? Would you pack your bags and peace out of town ASAP? Because, honestly, I’m kind of considering it myself.

Quality of life is the sum of a few factors: the people you’re surrounded by, whether or not you generally have a positive mindset, how you take care of your body, and according to new research, where you live. To put things in perspective, think about your living space: Are you co-existing with a cranky roommate who always dips into your chocolate stash without asking for permission first? Or, maybe you and bae recently signed a lease on a brand new abode that’s incredibly spacious. You may not have realized it, but where you are physiologically affects how you feel mentally, and if a one-bedroom apartment can have a significant effect on your mental health, just imagine the influence an entire city could have.

New research from the personal finance resource WalletHub details the most and least stressed cities in the United States, and honestly, it's really eye-opening.

To figure out which cities in the United States are less stressed than the rest, WalletHub compared more than 180 cities across the country. During its analysis, researchers took note of everyday details that can directly affect your quality of life, such as how many hours you're clocking in at the office per week, job security, credit score, the housing market, divorce rate, your overall health, sleep quality, and the amount of crime happening in the area. It's a lot more than you expected, right? Taking into account each city's statistics, a team of experts then “determined each city’s weighted average” of stress, and ranked them accordingly.

Basically, there are four main elements that seem to be causing stress across America: work, finances, family, and health/safety. To me, this makes sense across the board. Listen, the job market isn’t great at the moment, especially for millennials fresh out of college, so for those of you who might be living in an expensive area, or juggling to make ends meet while you simultaneously pay to live and live to pay off a disgustingly large debt (*cough* student loans), it's a struggle.

Then there's the issue of having to either provide for a family on a less-than-ideal income, or maybe you're having trouble finding a loving relationship that’s meant to last in the first place. I mean, come on, guys. There had to be some reason why our generation entrusts smartphones to play matchmaker for us, right? And on top of all that, there's such a strong societal focus right now on how to get the best sleep, the best diet plan for your body, and finding a workout schedule you both enjoy and that yields the results you want. It’s really no wonder we’re all feeling at least a little on-edge.

So what are the least stressed cities in the United States, and how in the world are they keeping so cool, calm, and collected while the rest of the country's stressed TF out?

Clearly, if you’re looking to make a big move, now’s the time to seriously consider packing your bags. Of course, where you go to relieve stress is going to depend on what kind of stress is, well, stressing you. For example, if you’re tired of dealing with bumper-to-bumper traffic everywhere you go, or you're just done with long, sometimes wildly inconvenient commutes, you might want to consider relocating to Greensboro, North Carolina.

According to a breakdown of the least stressful cities in the United States emailed to Elite Daily, Greensboro was highlighted as having the fewest hours of annual commuter traffic. Are you ready for this? Residents of Greensboro only deal with about four hours of traffic per year, in comparison to the 102 hours that Los Angeles peeps are putting up with annually. Sometimes it takes me two hours just to get from my parents' house and back if traffic on the highway is backed up, so I’m totally green with envy right now.

Now, if a lack of job offers is giving you all kinds of anxiety, you might consider moving on out to South Burlington, Vermont. Statistics sent to Elite Daily say people in South Burlington are only grappling with an unemployment rate of 2 percent, so it might be worth it to test your luck there, depending on your industry, of course. But if you’re pretty solid on the finances front, and it's the romance department that has you frustrated, apparently the divorce rate in Fremont, California, is down to only 10.8 percent.

Maybe you've found the love of your life, your dream job is flexible, and finances are a non-issue, but your overall health could use some work. Sioux Falls, South Dakota, could have you covered there, with "the lowest share of adults in fair or poor health." Personally, I've never been to South Dakota, but clearly they're doing something we don't in good ol' New Jersey. If you're reading this, Dakotans, share your secrets please.