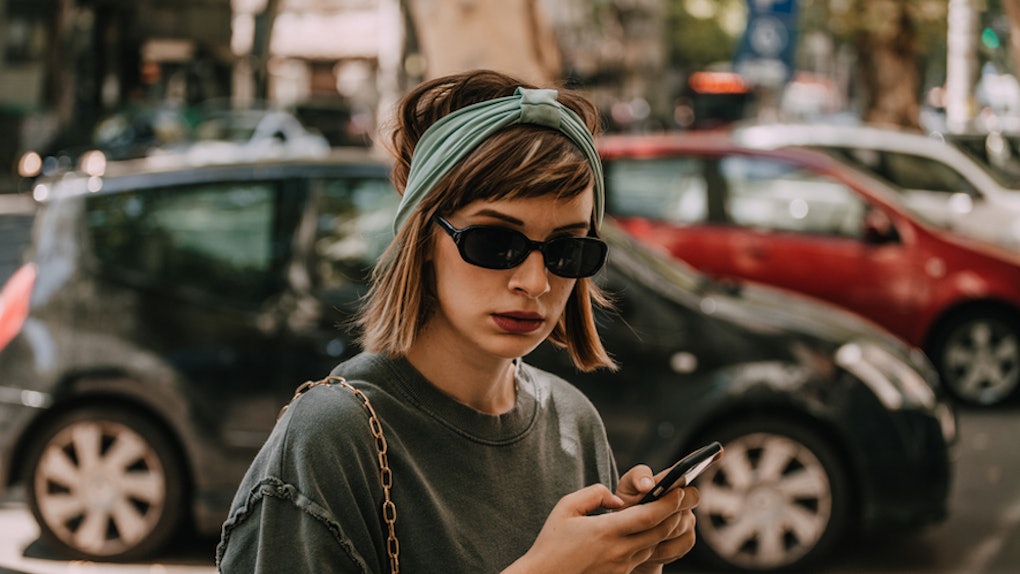 The Girl Who's Blunt Wants You To Know These 7 Things

Let's be honest: In your friend crew, there's at least one bestie who's effortlessly blunt. She's so honest that sometimes you need your space, but you appreciate her for being the way she is just the same. She's usually the girl who nobody likes to mess with, because they probably assume she's always in a "mood." Truth is, though, she's more misunderstood than most, and can be the brightest light in your life. She has the real world figured out in her own way, but the girl who's blunt also wants you to know a few things that she wouldn't ever tell you herself.

Sugarcoating life just isn't her style. She could spend hours coming up with an elaborate story that'll make you feel like everything is going to be OK, but she'd rather tell you how it really is so you don't get hurt down the road. Of course, she'll always be there for you to remind you of the sweeter things in life, like wine nights and self-care Sundays with your soul sisters. But, she also is here to help you handle all of life's curveballs as they come.

We all really need this kind of sidekick, especially when you're a 20-something. It can be hard to navigate just based on our inner compass alone, and this girl's gut is always going to steer you toward good vibes. She's thoughtful, and incredibly cool — but aside from all of that, the girl who's always blunt wants you to know these seven things about her.

The girl who's always blunt is as independent as ever. She knows what she wants out of life, and isn't afraid to go after it with everything she has. She'll call people out when they're in the wrong, and always be so straight up with her own feelings. Life can be tough, but being blunt has made her strong and ready to take on the real world.

Now, don't get it twisted, she's not quite a Sagittarius who loves to wander the world freely without knowing a single soul. Despite being independent, she still isn't always looking to live life solo, and will depend on her friends for vent sessions, too. But, when it comes to the bigger picture, you can count on her to pick herself up whenever she's down and do what she has to do.

Getting real and being rude are two separate things. It's simple to see where anyone could get the two confused. Hearing the hard truth is never easy, and this girl by no means will let you down lightly. But, it all comes with the best intentions. And you should know that she has a whole lot of heart, especially for the ones she keeps close.

She would hate to see one of her best friends get hurt, or thrown into unnecessary drama. Especially when you're in college or just about to hit the real world, there's a lot of life that you need to look out for and she'll make sure you're going into it with a stellar sidekick.

In a lot of ways she puts the people in her life before herself, and goes out of her way to make sure they're OK. She won't be the first one to hand you a box of tissues, but she'll always take your future feelings into account when she's telling you the truth.

Sip your tea somewhere else. This girl is all about getting to the point. A lot of times, drama starts when there's a misunderstanding. Nowadays, it's so easy for things to get lost in the translation of texting, social media, and the like. And she knows that being blunt is sometimes the best way to defuse a situation before it really blows up.

The truth is, a lot of people claim that they hate drama. But, they'll also be the first to talk behind someone's back or get all into it like we're living in a reality television show. This girl wants you to know that she's never here for it, and will always walk away when the group settles for the latest gossip.

You can trust the girl who's always blunt the most out of anyone in your friend crew. Since she doesn't sugarcoat anything, you can always expect to hear the truth, even if it hurts. And she'll always be the first one to listen to all your stress, even if she doesn't have the right words to say in response.

She's been through enough life to know how certain situations will work out before they even really begin, and knows that that boy just isn't good enough for you, and you'll probably be left ghosted. Be sure to listen when she has something to say, but still, take it lightly. It might come across as harsh, but it's always with your best interest in mind. And you're lucky to have a friend like her that you can rely on no matter what.

This girl is so strong, but her feelings are right up there with the rest of them. Being blunt can sometimes come across as a shield to the world, and it's definitely helped her in situations where she needed to distance herself from the drama. But, this girl is also so honest with herself and would be lying if she said that she gets hurt sometimes by the truth.

In fact, not only does this girl have feelings; she wears her heart on her sleeve. She may not be considered the "nice" girl in your friend crew, but her emotions can drive her decisions, too. You'll be surprised when you see her optimistic side come out sometimes, or when she comes to you for a shoulder to cry on. She just loves herself a whole lot as well, and needs you to be there for her, just the same.

Sarcasm, like being blunt, is honestly a form of art. And whenever this girl talks, the crowd can't help but believe she's joking a bit. Sure, she has her funny side and out of all the humor out there, sarcasm would probably be her go-to in any awkward situation. But, she doesn't want you to always take what she says lightly.

On any given day, the girl who's always blunt believes that life shouldn't be taken too seriously. She'll try and make her friends laugh and find ways to make her life brighter while she's at it. But, when it comes to telling the truth, she never really jokes around.

Once again, sugarcoating is just not in her playbook, and she'd rather be passionate about who she cares about, instead of telling them something that doesn't show the truth. Laugh along with her, but also know that a straight face isn't always a sign of sarcasm.

Being blunt doesn't mean you're necessarily a negative person that hates everything in the world. Yeah, the truth can be tough, but there's also a lot of beauty in it. Honesty should always be our best policy, and this girl knows that with every door that closes another one is sure to open.

She won't necessarily be the most positive one in your pack at all times, but she'll always bring her bright personality to any social situation. She loves surrounding herself with her close friends and making memories and mistakes that will last a lifetime. Even the little things, like sitting on the couch and watching Food Network, don't go unnoticed in her mind. She'll always be the first to lighten the mood by saying something a little weird.

There are so many sides to the girl who's always blunt, but learning to love her just means taking the time to understand the method behind her madness. You can always count on her to tell you the truth, and you seriously need a bestie like her in your life.