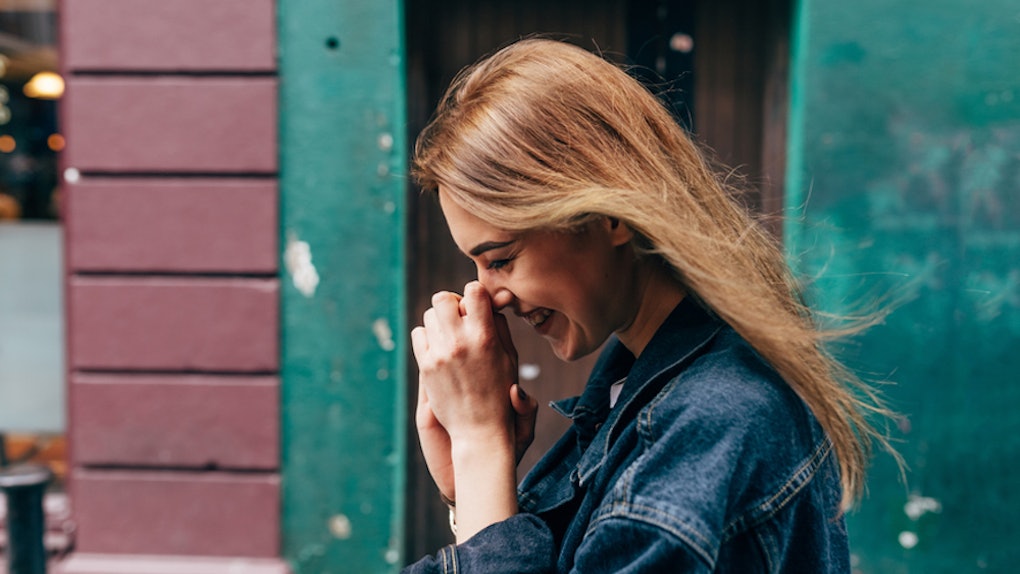 The Nice Girl Really Wants You To Know These 7 Things

She's so sweet on life and everything in it. The "nice" girl is the one in your friend crew who could find a compliment for every stranger you walk by on the street. She's the friend you go to for advice when you want to hear the hard truth, but don't want to feel the blow of it all. She's the one in school who was always known for having the best smile. Yeah, there's probably not a soul on this planet that wouldn't love her, but being the nice girl isn't always so easy. For one, a lot of people get the wrong impression about you — and so, she wants you to know a few things.

Being nice isn't all it's cracked up to be. And sometimes she finds that seeing the bright side in everyone has left her a little burnt out. Not everybody is as sweet and caring — and honestly people like her can be hard to come by, especially in the real world. When life gets harsh, it would be so easy for her to change her ways, but being positive gives her a sense of joy and nothing else quite compares. Don't take advantage of her light, though. You'll want her spark to be a part of your squad forever.

So, what does the "nice" girl want you to know? Well, there are seven things that she thinks everyone tends to assume or just completely look over. There's so much more to her than what you might see.

The "nice" girl often gets the reputation of being oh-so-shy. She's the girl that in school was super sweet to everyone, and wouldn't ever hurt a fly. As a result, she also came across as quiet because she would never raise her voice or get loud like the rest of the class definitely could.

She wants you to know, though, that that's not entirely the case. Even if she doesn't always speak up, she still has a lot to say and loves social situations just the same. Her closest friends have turned into quite a crew, and she would just rather spend time with people who are effortlessly positive about life or understand her the most, as well. Why deal with drama, right?

2. She's Hardest On Herself

The girl who is so nice to everyone else probably is hardest on herself. She puts on a smile some days, but on the inside, she can be really struggling sometimes because the pressure is so on. Sure, she knows that she's always trying her best, but she also never fails to overthink a situation and will second guess her decisions at times. Be sure to reassure her when she's doing the right thing, because sometimes she could really use to hear it from somebody besides herself.

Truth is, when you're sending out so much positive energy into your surroundings, you need to remember to save some for yourself. The people around you won't always be the best as recharging your battery and giving you back what you need in terms of good vibes. The "nice" girl knows this the best.

Even though she might come across as shy, or even a little introverted, the "nice" girl loves being a part of social situations. She can strike up a conversation with just about anyone, and loves to sip all the tea just the same. Sure, she gets into those awkward moments just like the rest of us, but she also easily attracts company because she is so effortlessly sweet.

You'll want to have a girl like her in your crew, because she'll keep you grounded but she'll also always be down for a fun night out. She'll love getting dressed up, and probably has no problem sharing her closet with you, too. Thank goodness, because you had no idea what to wear!

4. She Isn't Always So Optimistic

There are two sides to every story, and once again, the "nice" girl isn't always exactly what you assume. She'll come across so sweet all the time — but don't worry, she has her days of doubt, too. Just like anyone else, when she's stressed you can tell, and you might be surprised by the sarcasm that slips out of her mouth sometimes.

Truth is, this only makes her even more human and somebody that you want to be friends with. It's always good to be able to see the greener grass on the other side, or the glass half full instead of half empty. But, we can't all be so positive on the regular — and that's OK. The girl who is always nice wants you to know she has her own storms to deal with as well.

5. She Wears Her Heart On Her Sleeve

You'll never really have to wonder what the "nice" girl is feeling. Sure, her thoughts might not always be so clear, and it might seem like she lives by some sort of positive filter. But, she won't cover it up when she's upset and truly wears her heart on her sleeve.

I don't think you could quite call her a hopeless romantic, but she definitely loves when her life is full of peace, beauty, and partnership. Life can be so much sweeter when you look at a bowl of lemons as the potential to make lemonade, and her relationships always take a pretty top priority.

She'll be nice to everyone, but even sweeter to the ones she holds close. Those people will also get to see the other sides of her. Just take a second to see how much is really on the surface, and know there's always a lot of love.

Right along with wearing her heart on her sleeve, the "nice" girl is also the one who cares too much. Her intentions are always so good. She'll forever be your number one fan, and you love that she's on the sidelines of all your sports games and such cheering you on. Don't worry, though, she also loves herself just as much.

When she's honest, it's only because she really cares, and she won't be one to break the bad news in a harsh way. In fact, she's probably the exact person you want to hear the hard truth from because she'll help you see the bright side. You seriously want the "nice" girl to be one of your besties.

7. She'll Always Be True To Herself

This girl loves herself just as much. And even when she can get a little harsh in her head, she'll still stay true to her "nice" self. The world has a way of changing people for the worst sometimes. But, this girl is stronger than ever, and has found exactly who she is as a person.

She'll approach any situation with a sense of sincerity and sweetness, even if she has every reason to be rude. It's just not her style to do life any other way, and it's something we can all be a little inspired by. She lives for self-care Sundays, and vent sessions with her besties. But, she's always sure to end on a positive note.

Truth is, sometimes the best way to get through the real world is to show kindness — and it's honestly quite simple what the "nice" girl wants you to know.