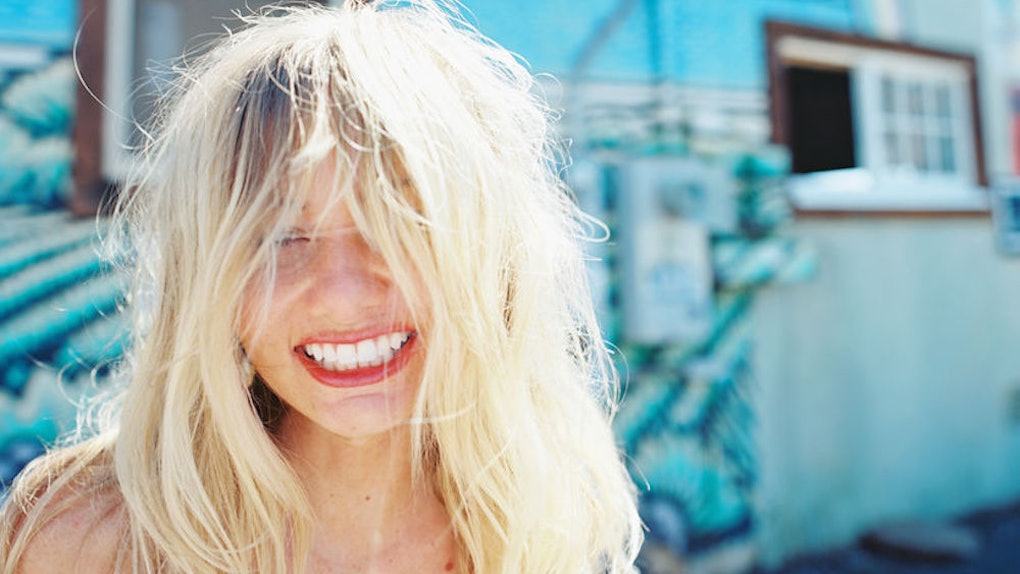 Let's all chill out a bit, OK? Being 20-something can surely come with a lot of unexpected curveballs, and it's hard not to get wrapped up in what seems to be the best thing. But, lucky for you, there's someone in your friend group who is a constant reminder to stay grounded. The chill girl is the one who doesn't take life too seriously, and that's how it always should be, right? There are some things she wants you to know, though, because it's not all about having an IDGAF attitude.

This girl is a spontaneous soul. She has perfected her lighthearted sense of humor, and maybe even throws in a bit of sarcasm from time and time again. You'll find her living her best life on any given day, because she never settles for anything less than what she wants. Oh boy, could we all take some lessons from her on how to go about our own lives.

Seriously, you have to keep this girl around. You likely became friends by bonding over a television show or favorite food, and she puts your problems in perspective. These seven things are totally true about the chill girl, in case you didn't already know.

This girl is incredibly grounded. You love having her as a close friend in your 20s, because she doesn't cause any drama, and your relationship is really low-maintenance. She'll understand when life happens and you have to cancel that coffee date, and she won't make a fuss over picking a different restaurant for dinner. It's not that she doesn't care; she'd just rather channel her energy into the things that matter in her life, like making sweet memories with her friends.

She'll be the first to laugh at herself when she's made a mistake or is doing something ridiculous. Most of the time, you'll see her with a smile on her face, just because she's so easily amused and in love with her life.

Despite her "go with the flow" attitude, this girl is so independent. She'll follow the crowd when it comes to making plans sometimes, but if it's something she really doesn't want to do, don't expect her to be in attendance. She doesn't mind sitting behind and watching her besties go out on a Saturday night if she's really not up to it. FOMO can be so real sometimes, but this girl likely already has other plans up her sleeve, or a hot date with some nuggets and Netflix.

The chill girl doesn't do drama. She expects everyone in her close circle to have similar priorities, and not bring about any unnecessary problems. Sure, every friend group will have its moments. There's always some sort of disagreement that can arise, especially when you're trying to make plans. A few people might want to grab burritos while others would rather get pizza. But, if any grudges come from it, know that this girl will be the one in your friend group to walk away. There are way too many things in life to be happy about, and she doesn't have much patience for negativity.

4. She Knows How To Disconnect

Disconnecting at the end of the day is key. A lot of the time, it's easy to get caught up in scrolling through your social media feeds and responding to group chats. But, the chill girl knows exactly how to stop herself from going down that road. She likely spends some time away from social media, and chooses to live in the moment instead. When your eyes are on your surroundings and not those endless story bubbles, life gets a lot better.

The one thing you can assume about the chill girl is that she'll always speak her mind. She won't leave you hanging about her thoughts and feelings, and likely wears her heart on her sleeve. Sometimes, people in her life can be quick to assume that her casual approach to everything means she doesn't care, but it's actually quite the opposite.

When it comes to situations she cares about, she'll be the first one in the crowd to stand up and say something. She'll fight for causes that are close to her, and holds her friends and family accountable for their actions. She just doesn't take any sh*t, and won't ever beat around the bush.

6. She Prefers To Stay In

The chill girl in your friend group doesn't need a Saturday night out on the town to have a whole lot of fun. She'd honestly rather snuggle up with her significant other or besties for a movie night, then go through the hassle of getting ready. Bars can be so crowded, and clubs just aren't ideal when you want to hang out solely with your crew. Seriously, when have you ever been able to hold a conversation with your BFF with electronic dance music in the background? It's nearly impossible, in my personal opinion.

7. She Gets Along With Everyone

Everyone loves the chill girl. Although she likely has a few friends she keeps close, there are multiple crews in her life that enjoy her company. She can start a conversation with just about anyone, and people tend to attract to her amazing sense of humor. During a night out, you can always expect to see her surrounded by new friends and being the star of the show.

Truth is, not everybody knows how to be so chill, but would love to be just like her one day. Personally, I'd love to approach life a little more carefree. This girl isn't necessarily rare, but a really valuable member of your crew. Keep her close, and know these things about her are just too true.