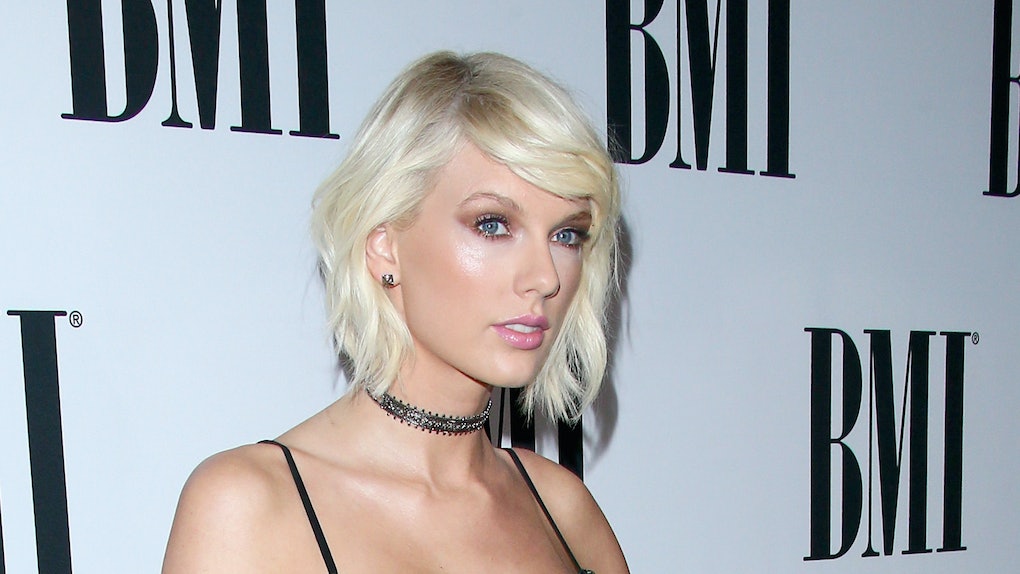 Wow, what a blessed Monday morning, that's all I have to say. Taylor Swift dropped a preview for her "...Ready For It?" music video and we are 100 percent not ready for it. The singer posted three short clips to her Instagram on Oct. 23, 2017, and the internet is losing its mind. WHY, YOU MAY BE WONDERING? Well, Taylor Swift looks completely naked in the videos. Yup, the singer is baring it all for her video and we are not worthy. Taylor Swift's naked "...Ready For It?" music video will make you wanna sing, dance, and rip your clothes off. Dear god, I hope my mother isn't reading this.

Taylor Swift is dropping her reputation album on Nov. 10, 2017, but it looks like she's planning on sharing little bits and pieces of it with her fans before the official release.

Last Thursday at midnight (Oct. 19), Swift blessed her fans with her new song "Gorgeous" and everyone completely lost it. Now, just a few days later, the star shared her plans to drop a music video on Oct. 26. I hope you don't have plans Thursday night because you definitely won't wanna miss this.

The teaser clip looks super intense. There's lightning, cages, and a semi-robotic, naked, alien version of Taylor Swift. There is legit no other way to describe her than like that.

I've watched this short video like 800 times now and I'm still not over it. Could this be Taylor Swift's way of reclaiming her naked body after Kanye West featured it in his "Famous" music video?

Of course, everyone is tweeting about "...Ready For It" and losing it on Twitter.

Clearly people are also, um, confused? To be honest, it's not clear if Taylor Swift REALLY is naked in the music video. Is she wearing a skin-tight body suit? Is there some sort of animation or projection on top of her? Who really knows.

ALL I KNOW IS THAT "...READY FOR IT?" IS ABOUT TO BE THE GREATEST VIDEO OF ALL TIME.

If you watched "Look What You Made Me Do," you know Taylor Swift's new music is all about throwing shade. In that music video, she clearly called out Kanye West, Kim Kardashian, and the media for ruining her "reputation" (Haha, get it? That's her album name!) and painting her as someone she's not.

We can probably expect there to be references to Taylor Swift's celebrity feuds in the "...Ready For It?" music video as well. A source told Us Weekly that Swift's new album "chronicles her feuds" with Kim Kardashian, Kanye West, Katy Perry, and Calvin Harris.

The source says Swift's lyrics about these feuds “will be across multiple songs, somewhat cryptically," but says the references should be "obvious." HMMM, so who will T-Swift throw shade at next? Tom Hiddleston???

So far, no one has really responded to Taylor Swift's comeback music. Kanye West, Kim Kardashian, Calvin Harris, Katy Perry, and pretty much everyone she's ever fought with in the past have stayed silent.

According to the insider who spoke with Us Weekly, this will be Swift's "most experimental work yet in terms of sound." On top of that, "she's definitely coming for the Grammys."

BOY, OH BOY. I CAN'T WAIT. Taylor Swift has not updated fans on where they can expect to watch "...Ready For It?" when it drops this Thursday night, but I'm gonna take a solid guess and say it will be available on YouTube and Spotify.

I hope you all take Tuesday and Wednesday to rest, relax, and rejuvenate because we are ALL going to die as soon as this video gets dropped.

RIP the old Taylor and RIP me.