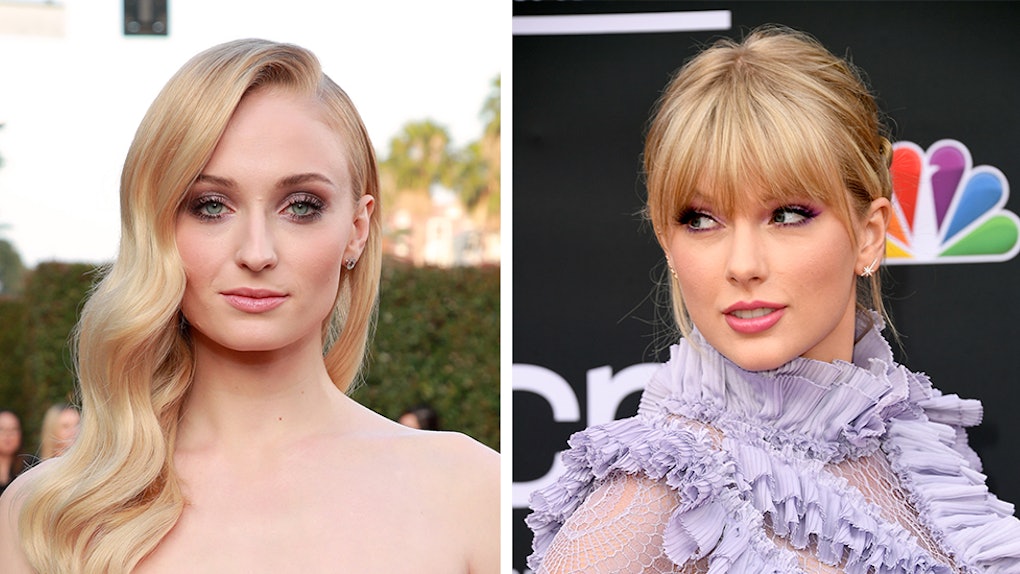 Hi, welcome to tea time, may I offer you a steaming hot cup of Jonas Brothers-adjacent drama? I just found out that Sophie Turner's dress at Joe Jonas' 30th birthday is not only a great look, but one worn by Jonas's ex-girlfriend back in 2016. Yes ma'am, none other than pop icon and self-declared snake-turned-butterfly Taylor Alison Swift wore the exact same OOTD a full three years earlier, and that, my friends, is the tea. Need anything else? Sugar, honey, more details on this dress? Let's start with that last one.

Now, as a Jonas Brothers fan of 14 concerts and counting (don't even try to shame me!) I am currently a passionate Kevin fan, but in my youth, 'twas Joe Jonas who had my heart. And as an equally dedicated Taylor Swift fan, I was over the moon when the duo started dating back in 2008, aka the good old days. Of course, that relationship ended via an iconic over-the-phone dumping, and since then, both parties have gone on to have their fair share of relationships. At the moment, Swift is happily dating Joe Alwyn, and Jonas is newly married to Sophie Turner. All's well that ends well, right? Technically, yes, but in the name of good tea, allow me to blow this whole birthday dress situation way out of proportion.

To ring in Jonas's thirties, Sophie hosted a Bond-themed bash, and everyone donned their best black tie ensembles:

Turner posted this absolute slay of an Instagram, in which Jonas rocks a white suit jacket while she slays in a low-cut black dress with gold choker detail:

My first thought? "That dress is fire." My second? "That dress looks familiar." Of course, it didn't take long for fans to point out that Taylor Swift had worn the same exact gown a whopping three years earlier. Dang.

Both ladies paired the Alexandre Vauthier gown with gold sandals and a blonde bob, but if you're expecting a "Who Wore It Best" argument, look elsewhere. I'm not here to pit women against one another, especially in terms of appearance! Both absolutely killed it in this gorgeous dress — still, one has to acknowledge the humor of it all. Jonas has great taste in ladies, and said ladies have great taste in clothes!

Look at that expression! It's almost as if 2016 Taylor knew this dress would start drama years down the road:

Real talk, these two stars couldn't be more different in terms of personality, but I never noticed how similar their sense of style is. Both women love to make an edgy statement!

Exhibit A: Is this silver-and-black moment on Turner not serving some serious Reputation vibes?

It conjures up the memory of Swift's 2016 Met Gala ensemble in all the right ways:

Clearly, 2016 Swift was Turner's favorite era of Taylor style! Who knows if these babes even realize they twinned so many years apart — they're both too busy in happy relationships to read the tabloids. Either way, I stan both, and we can all agree this look is a hit, times two.