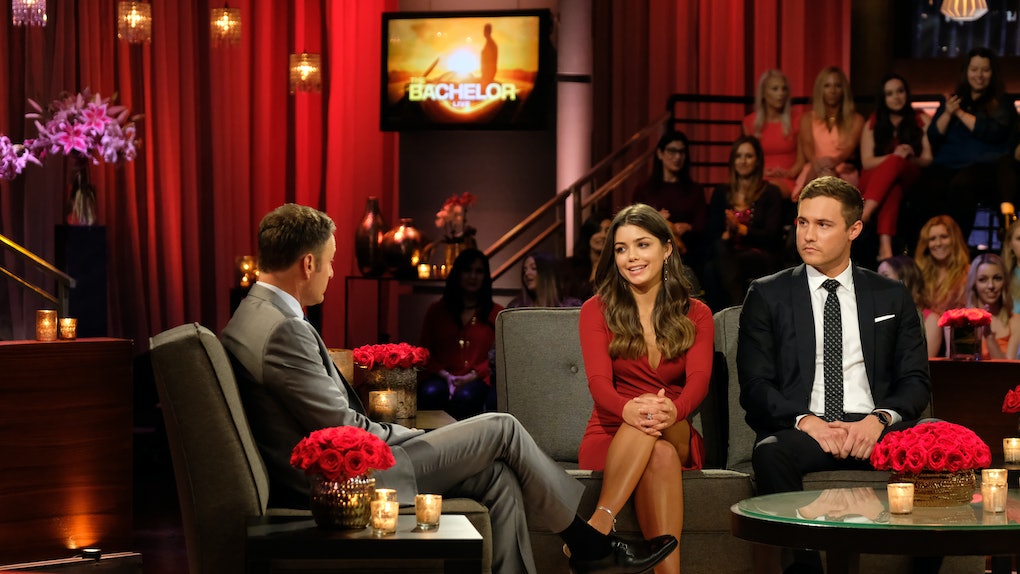 From receiving the first impression rose to being the first to tell the Bachelor she loves him, Hannah Ann Sluss was a frontrunner on Peter Weber's season of The Bachelor from the very start. The 23-year-old model from Knoxville, Tennessee, made it abundantly clear she was there for the right reasons, making quite an impression on Bachelor Nation along the way. And after their whirlwind engagement and subsequent breakup, Peter and Hannah Ann's reunion on "After The Final Rose" proved the contestant won't be forgotten in Bachelor history.

The connection between Hannah Ann and Peter wasn't one-sided, and for a while there, it seemed like the 28-year-old pilot was just as infatuated with her as she was with him. Turns out, though, his lingering feelings for Madison were standing in the way.

After an extremely emotional proposal then an even more intense breakup, Bachelor fans (and Peter’s mom) were on the edge of their seats to see how the live reunion between Peter and Hannah Ann would go.

From the start, it was tense. After a one-armed hug, Hannah Ann wasted no time to rip into her ex-fiancé.

"You told me these things that I held onto,” Hannah Ann said, in regard to how often Peter told her to trust him throughout the journey. “That just put a fire underneath me that I could fight for us.”

Peter responded: "When I told you that I loved you, I really did love you ... That last week in Australia was the most confusing, most conflicting one of my life.”

By the end of the season, Bachelor Nation has come to expect a lot from Hannah Ann, and she did not miss out on her chance to speak her mind.

"In that moment, I had two days —," Peter started, before Hannah jumped in: "Two days to tell me the truth, so that I was aware of what I was saying yes to," she said.

What made her so upset, in addition to her fiancé dumping her after promising time and time again that he wanted to be with her, was the fact that Madison left on her own, and not that Peter sent her home by choice.

"You know that my instincts would've picked up that you were not ready for a commitment with me," she said, implying Peter should've told her the whole truth about Madison. "You know that the outcome would've been different."

It turns out, it wasn't just the Madison incident that had Hannah Ann pissed. "We've been through a lot together, and I should've picked up on the first red flag you gave to me, [which] was when you wanted to reach out to Hannah Brown to find closure with her," Hannah Ann said. "So really, looking back on it, our engagement involved three women: me, you still being in love with Madison when proposing to me, and you needing closure with Hannah Brown."

Finally, in a quote that will stand the test of Bachelor time, Hannah Ann said what all future Bachelors need to hear:

If you want to be with a woman, you need to become a real man.

I officially motion to make Hannah Ann the next Bachelorette after Clare, or at least the queen of Paradise this year. All those in favor, say "Barb!"