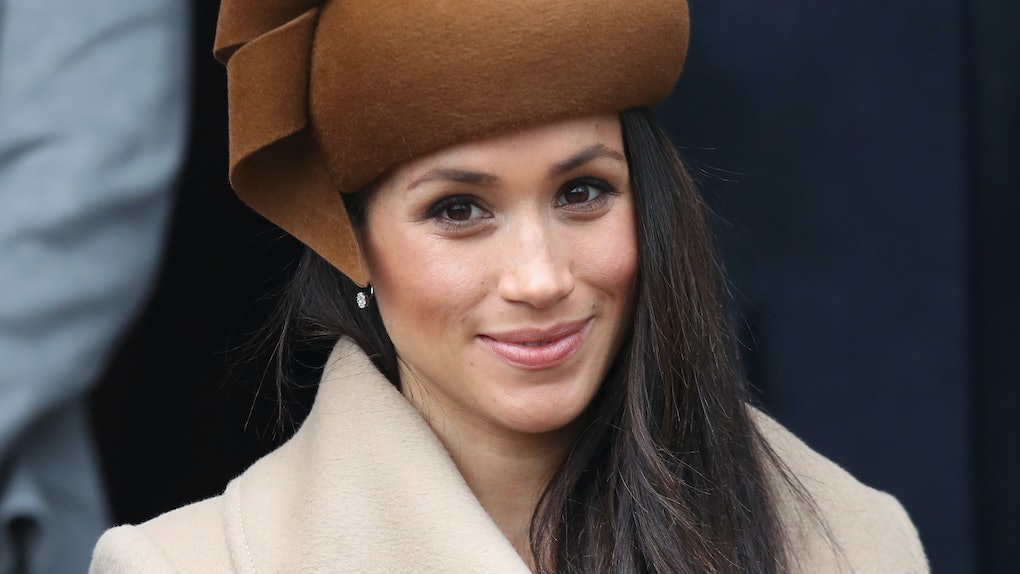 Meghan Markle's Baby Photos Will Make You Do A Double Take

You know her. You love her. She's Meghan Markle — the all American girl turned into British royalty. Just when we got used to the idea of Prince Harry being an eternal bachelor, he swooped in with an engagement ring for the American actress and stopped the world in its tracks. Another royal wedding! Another princess! Another thing to focus on besides our painfully normal lives! Still, everyone has a past, and Meghan Markle's baby photos are so adorable, you might just relate to her.

After doing a quick Google search, I learned Markle grew up in Hollywood, California. Her parents divorced when she was six years old, and Markle spent most of her childhood attending private schools in Los Angeles. Thanks to her father's profession as an Emmy Award-winning lighting director, Markle had early access to the entertainment industry and likely caught the acting bug through her early exposure to television and film.

You probably know her as Rachel Zane from the USA Network series Suits, and now you know her as Prince Harry's fiancée. Ya know, Prince Harry of the royal family. (The real one, not the Kardashians.)

The two became engaged right around Thanksgiving, and are getting married in May of 2018. Of course, the world is now transfixed by Markle, and I've been loving these amazing photos of her as a kid.

Just look at this face.

Here she is with her parents.

Here she is in a suspiciously foreshadowing photo in front of Buckingham Palace with a friend.

According to the caption, her friend Priddy said,

I'm not shocked at all. It's like she has been planning this all her life. She was always fascinated by the Royal Family.

Sure, and I'm obsessed with Dancing With The Stars, but you don't see me manifesting a perfect score for my foxtrot, do you?

It's hard to look at these photos and not imagine what Markle and Harry's future babies could look like. I mean, do you guys even remember Harry as a wittle pwince?

Like, can you even with that hat? Also, what's in the bag, Harry? There's so much going on here and so little is explained!

Whatever. We're just so excited for Markle and Harry to get hitched.

They officially announced the good news via the Clarence House's Twitter account, and we've been flustered ever since. The statement said,

In a joint interview with BBC, Markle explained how honored she is to be a part of the family. She even noted that Harry's decision to include diamonds from his mother's jewelry collection in her engagement ring was a special, sentimental touch.

Congrats forever and ever, you two!