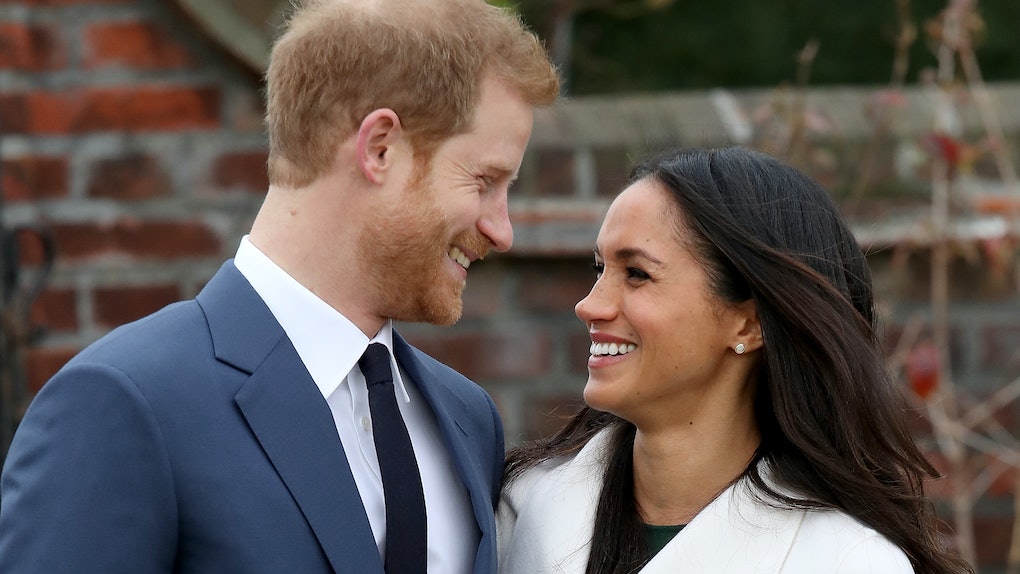 How Did Prince Harry Propose To Meghan Markle? The Story Is So Intimate & Romantic

If you live under a rock, you might have missed the news that Prince Harry and American actress Meghan Markle are engaged. The world has been rejoicing all day since news broke on Monday, Nov. 27, and now we're all wondering, how did Prince Harry propose to Meghan Markle? Buckle up, kids. The story is so sweet.

You might think that a prince proposal involves a horse and carriage, fireworks, and ball gowns. However, in Prince Harry's case, it involved roasting a chicken. Prince Harry and Meghan Markle discussed their engagement on live on BBC News, where they did their best to describe the big moment.

I know. It's too much adorableness. It's seriously the sweetest to picture these two fumbling over their words and roasted chicken.

The big news hit the public by way of an announcement from the Clarence House. The official statement said,

The proposal also comes just one year after the duo made things official in November of 2016. According to Us Weekly, Prince Harry upped his game further and used diamonds from a brooch that belonged to his late mother to create the engagement ring. Of course, Princess Diana's famous blue sapphire ring went to Kate Middleton when Harry's brother, Prince William, proposed in 2010.

Still, it looks like there's no hard feelings from Markle. The couple looked totally in love in their first photos since the engagement, and you can see Markle is spotted wearing winter (or bridal) white with her gorgeous bauble in full view.

According to Newsweek, Markle is also set to inherit quite the small fortune. Allegedly, Prince Harry has a net worth of around $40 million... not that Markle cares. For her, it's all about the love. She told Vanity Fair in a recent interview,

Congratulations to Meghan, Harry, and the roasted chicken!