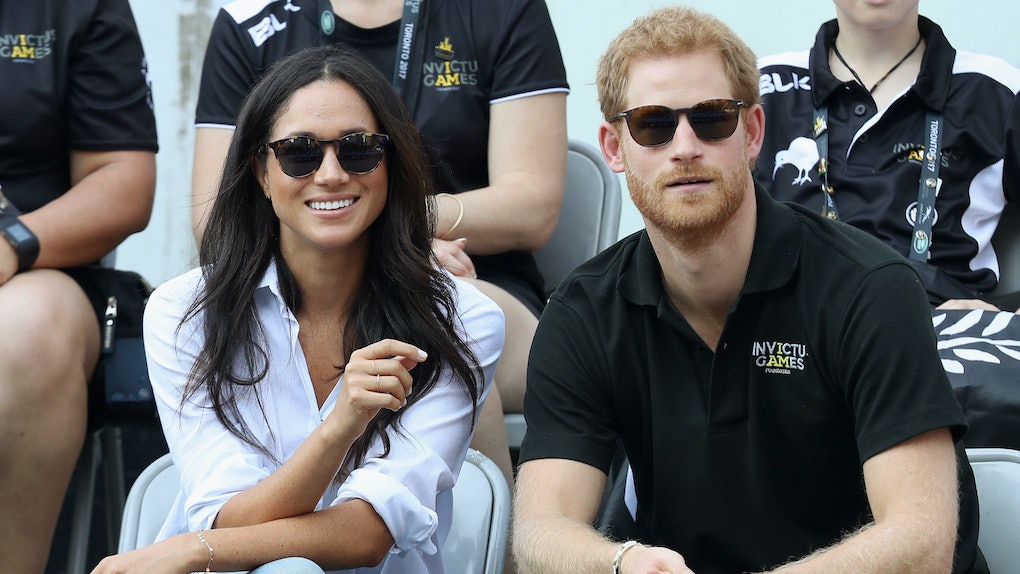 When Will Prince Harry & Meghan Markle Get Married? The Wedding Is Happening Soon

It finally happened, you guys. Prince Harry and Meghan Markle are officially engaged! The Royal Family released a statement on the morning of Nov. 27 saying the pair got engaged earlier this month with the blessing of both of their families. So, when will Prince Harry and Meghan Markle get married? According to the statement released by Clarence House, the wedding is being planned for "Spring 2018." The statement reads,

UPDATE: Kensington Palace has announced that Prince Harry and Meghan Markle will be married in May 2018 at St. George's Chapel in Windsor.

EARLIER: In case you have no idea how royal family titles work, The Prince of Wales is Prince Charles — Prince Harry and Prince William's father. He and his wife, Camilla Parker Bowles (aka The Duchess of Cornwall), live in Clarence House in London, and Prince William and Kate Middleton live in Kensington Palace with their children, Prince George and Princess Charlotte. According to the statement released by Clarence House, Prince Harry and Markle will be living in Nottingham Cottage on the grounds of Kensington Palace, where Harry has been previously living on his own.

Nottingham Cottage is a two-bedroom house that Will and Kate used to live in themselves before moving into their 20-room apartment inside Kensington Palace. (Yes, you read that correctly... 20-room apartment.) According to DailyMail.com, Prince Harry moved into the cottage in 2013 and installed a hammock in the backyard right away, so he's basically my hero.

There have been rumors for months that Prince Harry was getting ready to pop the question to Meghan Markle, so it's safe to say fans of the royal family have been anxiously waiting to find out if he really did. The couple has been dating since 2016, and according to an interview Markle did with Vanity Fair in September, were introduced to each other through a mutual friend in July of that year.

Of course, there are plenty of people who are gutted by the news, seeing as choosing which prince you liked more was a GD rite of passage in middle school.

Everything's fine. I'm fine. This is fine. Moving on! Markle opened up about her relationship with Prince Harry in her cover story interview with Vanity Fair this past September. In the interview, she referred to Prince Harry as her "boyfriend," saying they're in love and detailing how they try to keep their romance private. She said,

A great love story?! I need to know more! Tell me more! Invite me to the wedding! Ugh, let's be real. I'm as likely to get an invitation to this wedding as Donald Trump is. But I can't wait to see what Barack and Michelle Obama wear to this spring wedding because we all know the Obamas are getting an invitation.

And Twitter was actually trolling Trump because of it.

Don't you just love it when the internet finds seemingly random ways to troll Trump? God, I love you, Twitter. Except, you know, when you're being a flaming dumpster pile of despair. Anyways, congratulations to Prince Harry and Meghan Markle! May your marriage last longer than Kim Kardashian and Kris Humpries'.