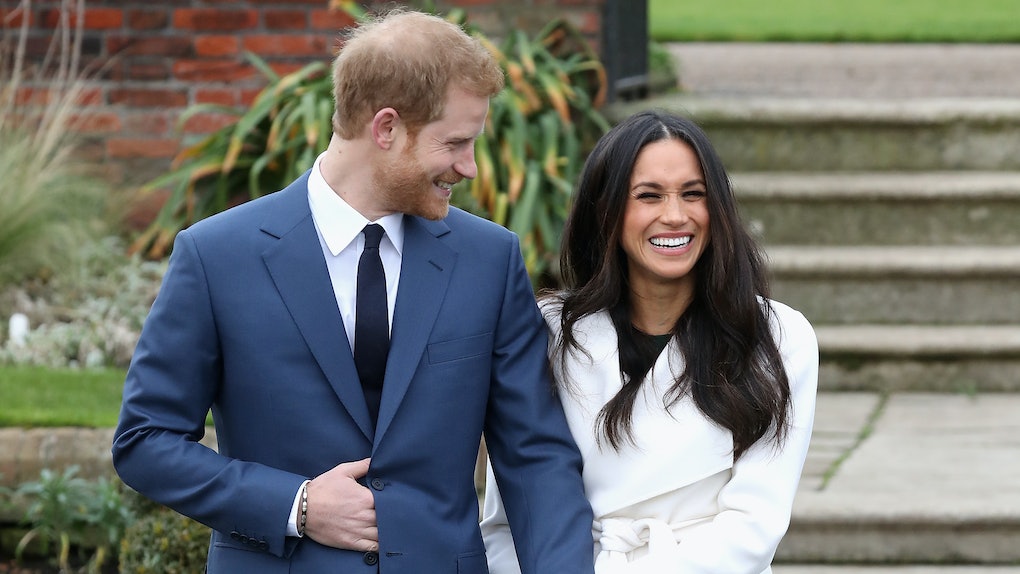 What Is Prince Harry's Net Worth? The Royal Has A Big Bank Account

Nov. 27 is no ordinary Monday, you guys. Nov. 27, 2017 is the day the world learned that Prince Harry proposed to American actress Meghan Markle. Some people are excited for the couple, while other's are just curiously wondering what Prince Harry's net worth might be. Call it a hunch, but something tells me Markle is about to inherit quite a bit.

The happy couple made the announcement via an official statement from The Clarence House. It said,

If you think being a mainstream actress makes you rich, try marrying a literal prince. You might recognize Markle from her work on the USA network series Suits, in which she plays character Rachel Zayne. While it's clear Markle is in no way dependent on Prince Harry financially, she is still set to inherit quite a fortune once they tie the knot.

According to Newsweek, Harry has a rumored net worth of $40 million. (Not bad for a Prince.) It's also speculation that Harry and brother William inherited $16 million each when their mother, Princess Diana, tragically passed away in 1997.

Still, $40 million sounds like pennies when compared to the actual Queen. Again, as reported by Newsweek, Queen Elizabeth is allegedly worth a cool $500 million, and Prince Charles is clocking in around $100 million.

Sounds like the royal family is doing pretty OK.

To show their support, the Queen and Prince Philip said they "are delighted for the couple [Harry and Meghan] and wish them every happiness."

On top of that, Markle's engagement ring is a real stunner. According to US Weekly, Prince Harry used diamonds from one of his mother's brooches to create the gorgeous bauble. (And if you guys remember, Prince William received Prince Diana's famous blue sapphire ring to give to Kate Middleton in 2010.)

It also kind of feels like the public should have seen this engagement coming.

In fact, Markle talked about her relationship with Prince Harry in a very recent interview with Vanity Fair, letting us in on their love for one another. She said,

We’re two people who are really happy and in love. We were very quietly dating for about six months before it became news, and I was working during that whole time, and the only thing that changed was people’s perception. Nothing about me changed. I’m still the same person that I am, and I’ve never defined myself by my relationship.

Right. But now, you're just gonna low-key transition into royalty.

For now, all we can do is watch and wait for details of the royal wedding to unfold.

Congratulations, Meghan and Prince Harry! The world seriously adores you.

More like this
Prince Harry's Instagram Tribute To Prince Philip Comes Straight From The Heart
By Michele Mendez
Meghan Markle & Prince Harry's Beef With The British Tabloids, Explained
By Brandy Robidoux
Will Prince Harry Attend Prince Philip's Funeral? He's Reportedly Planning On It
By Cianna Garrison
Stay up to date