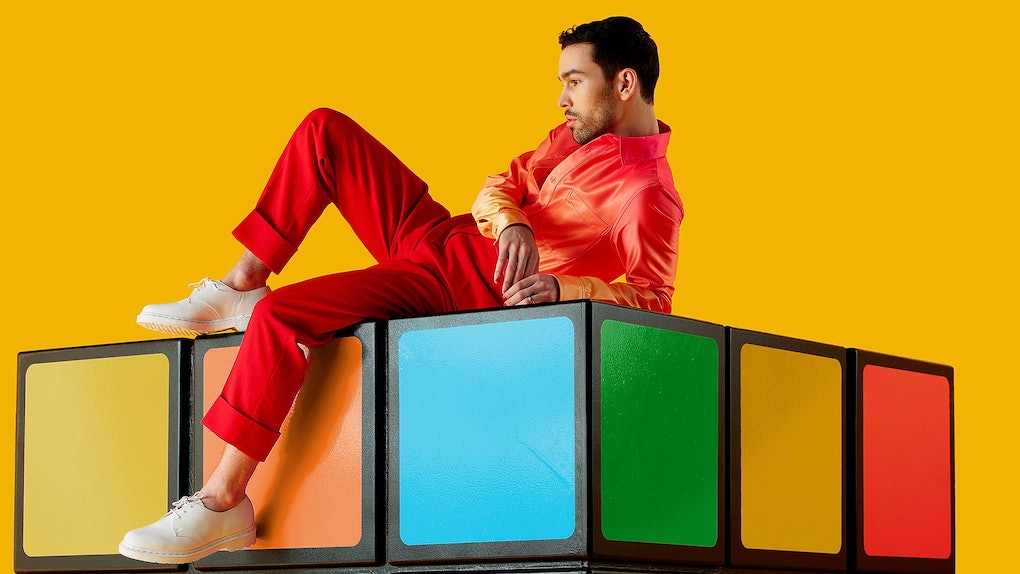 While many artists are just now expressing their desire to work with BTS, MAX dreamed of the opportunity for years. "We need to remix a BTS song now," MAX said in an interview with WiLD 949 back in October 2017 after Jungkook sang his song "One More Weekend" during a livestream. The comment was seemingly somewhat in jest — one of those dreams you send into the universe with very little expectation it will actually come true. But in May 2020, it did happen. MAX featured on SUGA's D-2 track "Burn It," but walked away from the experience with way more than just a BTS collab on his resume. MAX's quotes about his friendship with BTS' Suga reveal why they clicked as artists and friends.

If you ask fans, it was only a matter of time before MAX teamed up with BTS. The group's other collaborations with Halsey, Lauv, and Becky G all flourished organically after they expressed respect for each other's music in interviews and on social media. MAX's collab with Suga happened just as naturally. After giving each other shoutouts on social media periodically since 2017, MAX met up with Suga for the first time in January when he was in Seoul for his The Intimate AF Tour. MAX thought the meeting would be short due to their language barrier, but he was wrong.

"We love basketball. We love music. We love food. We had his main A&R, who was translating the whole time, and I just felt as if we were speaking the same language in real time," MAX tells Elite Daily. "Sometimes, when you meet someone that feels like a soul friend, [it's] like you've known them forever. That's what it was like with Suga."

MAX was shocked when the topic of a collab with Suga came up at their very first meeting. With Suga's talents in songwriting, rapping, and producing, he already had a clear vision of what he wanted their song to be. He sent over most of the lyrics and even the melody, so all MAX had to do was write his lyrics for the chorus. But the "Love Me Less" singer went the extra mile by learning how to pronounce certain Korean phrases and recording harmonies and background vocals as well.

MAX says he's a "perfectionist" in this way, and working with Suga, he realized BTS is the same. "One of my favorite things about all the BTS members [is] the culture that they've created," MAX says. "It's the highest standard of everything they do and that's so inspiring... They're so detailed oriented."

MAX experienced Suga's hard-working nature firsthand when they met for the second time in February, this time in Los Angeles at a Lakers game. Suga came to the game after a long day of shooting a music video, but he didn't let his exhaustion stop him from enjoying his first American basketball game.

"You could tell he really wanted to fall asleep. He would rest in between every play, but the second he saw LeBron James, he wakes up and he's on the edge of his seat," MAX says. "We would high five every time LeBron had a crazy dunk. ... It's a cool thing when you see someone that you become friends with experiencing something for the first time. That's a magical moment."

MAX's No. 1 priority working with other artists is that it "comes from an organic place," and his connection with Suga definitely did. He's maintaining that same authenticity for his upcoming album, Colour Vision. The album was supposed to drop in May, but MAX pushed it back to September. "I spent so long working on this album, I just wanted it to be the exact vision of a release that I had hoped for, so it felt better to just push it," MAX says.

Getting Colour Vision right means everything to MAX, because it symbolizes a rebirth in his career. His 2016 album, Hell's Kitchen Angel, "had a lot of cooks in the kitchen" and felt more like a "collection of songs" to MAX, so he became even more determined to make Colour Vision a cohesive piece of work entirely his own.

"I think I've learned to really trust my gut [on this album]... and the things that will be the most meaningful will often be the ones that are the riskiest and things that I feel the most connected to and I know I have to put out in the world," MAX says.

MAX says taking risks with music is ultimately what brought him and Suga together. He was particularly inspired by Suga's "Daechwita" music video, which he likens to a full-blown movie. "It's so important to have the whole visual feel," MAX says. "[Suga] gave everything [he] had into it and that's so important for me too, which is another reason we bonded."

Fans can hear and see what MAX has in store for Colour Vision when the album drops on Sept. 18.