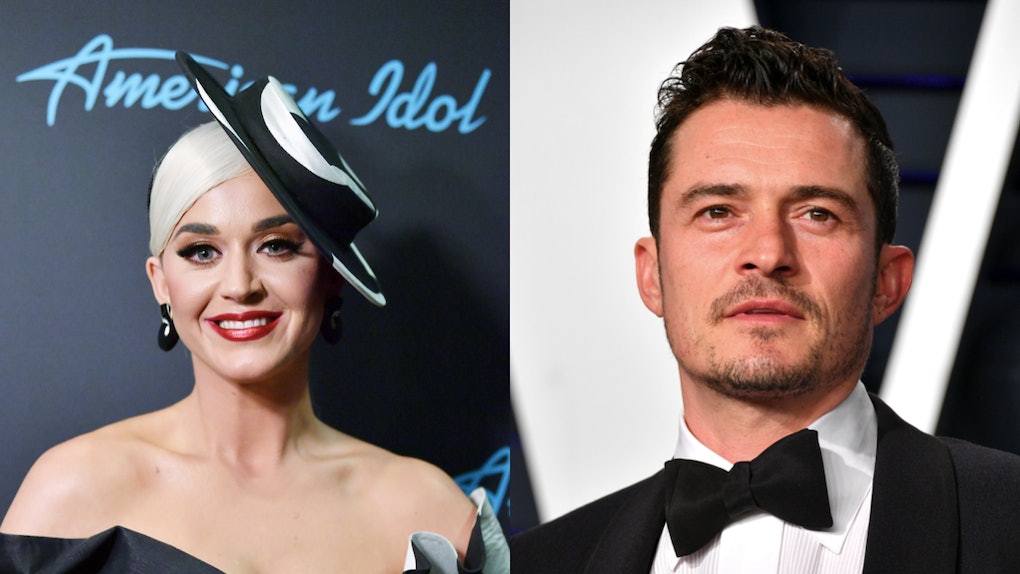 Getting back together with an on-again/off-again lover isn't always the best idea, but for Katy Perry and Orlando Bloom, that is zero percent the case! The singer and actor first sparked dating rumors in 2016, broke up in 2017, reunited in 2018, got engaged on Valentine's Day 2019. But even though their relationship timeline has felt like a rollercoaster ride, Katy Perry and Orlando Bloom aren't rushing into wedding planning.

On the June 5 episode of KISS Breakfast with Tom & Daisy, Perry opened up about her and Bloom's eventual wedding. Before diving into where she and her hubby-to-be were with wedding planning, she joked, "I did it! I got one! I got one," about finding her fiancé. When asked if they were in full wedding preparation, Perry replied, "Well yeah, one step at a time. Definitely trying to, like, lay the good emotional foundation for the lifetime of commitment, which is, like, a big deal, you know?" Yes, it's like, a really big deal, so it makes total sense that she and Bloom would want to take things slow.

Much like their relationship, Perry and Bloom's engagement story was incredibly precious. During an appearance on Jimmy Kimmel Live! in February, Perry revealed exactly how Bloom popped the question, and OMG, it was adorable. They went out to dinner, and she thought they were going to see some art after, but instead, they pulled up to a helicopter. Totally casual, right?

"The funny part is we had champagne in the helicopter, and the box was in his pocket, and he had written down everything he wanted to say on a note," Perry explained on the show. "So I'm reading it, but I'm hearing, like, the champagne is, like, broken. The bottle's everywhere, and I'm still looking at the note, because he's pulling out this box that's too big for his coat pocket. It rips his coat pocket, and his elbow goes into the champagne, and I'm like, 'No, I'm just reading the note. I know you're not doing anything.'" After the proposal, their helicopter landed on the roof of a hotel where all of Perry's friends and family were waiting to celebrate with her. "He did so well," she said. "It was really sweet."

Though this may not be the first time either one of them walks down the aisle, it could very well be the last. Perry was married to Russell Brand from October 2010 to December 2011 before filing for divorce, reportedly due to irreconcilable differences. Bloom, on the other hand, was previously married to model Miranda Kerr, with whom he has a son named Flynn. Bloom and Kerr tied the knot in 2010 and divorced in 2013 after realizing they weren't "bringing the best out in each other."

Perry and Bloom may not be in a rush to say "I do," but I'm betting that when it does happen, it'll look like something straight out of a "Teenage Dream." I can't wait to see photos!

More like this
When Are Ariana Grande & Dalton Gomez Getting Married? Here's The Reported Tea
By Corinne Sullivan
Zac Clark & Tayshia Adams Are Wedding Planning & I’m So Pumped
By Lydia Wang
The Reported Reason Jennifer Lopez & Alex Rodriguez Broke Up Is So Sad
By Candice Jalili
Stay up to date