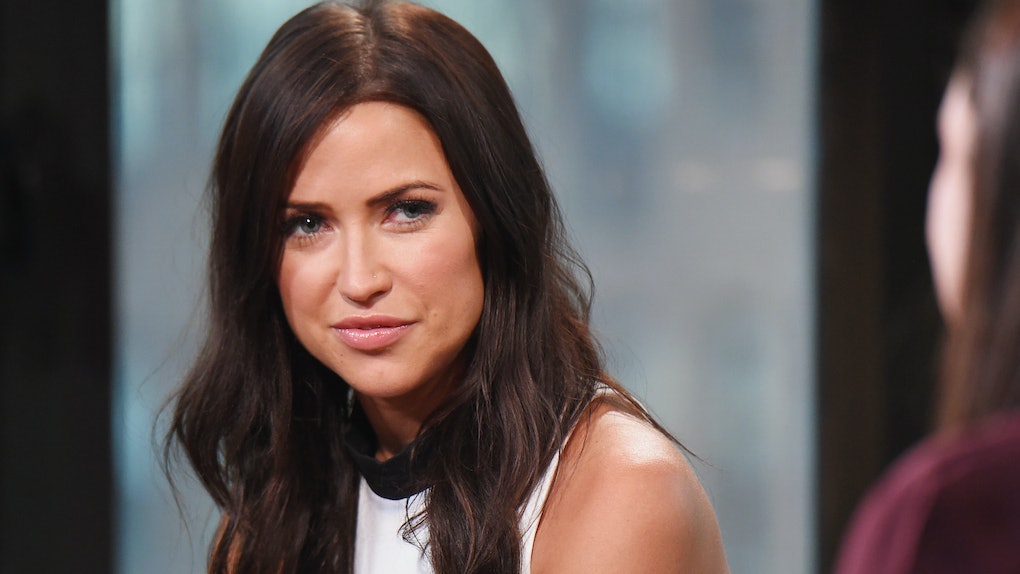 The wait for the Season 15 premiere of The Bachelorette is almost over, my friends. In the days leading up to the May 13 premiere, former Bachelorette Kaitlyn Bristowe opened up about her breakup with fiancé Shawn Booth (her season's winner), her time on the show, and her current relationship with Jason Tartick — another The Bachelorette contestant. Kaitlyn Bristowe’s quotes about her breakup with Shawn Booth in Cosmopolitan are so real, considering their entire relationship was incredibly public. Before they called it quits in November 2018, after three years together, Bristowe and Booth were the longest engaged couple to come out of The Bachelorette, Entertainment Tonight reported.

In a recent interview with Cosmopolitan, Bristowe revealed that she and Booth's anxiety about knowing their split would be so public actually caused them to hold onto their relationship for some time. "It was really tough because there are so many people who believe in your relationship and who don't see the things that go on behind closed doors," she told the publication. "But it becomes their business, because they're so invested in the show and you as a couple. But we knew it would pass and that sharing it was the right thing to do, so I just stayed off social media after," she continued. "It was really tough to go through that publicly."

Bristowe said her relationship with Booth and her time as the Bachelorette in 2015 helped her see exactly what she wants from a relationship and who she is as a person. "When I was with Shawn, I knew what I wanted and I knew what I deserved," she explained. "I also knew I was happy on my own. I think that's what made the transition out of the relationship into doing my own thing a little easier — I felt empowered. I was nervous to date again only because people follow me, and I didn't know when it was too soon to share something."

Bristowe also talked about how she sees a therapist and is constantly working on herself. "I will actually give a lot of credit to the show for digging deep into who I was and what I've been through in relationships and what I want," she said. "You just learn a lot about yourself through that process." It's clear Bristowe knows what she wants. In January 2019, Jason Tartick (of The Bachelorette, Season 14) was a guest on Bristowe's podcast Off The Vine. The rest is history.

In her interview with Cosmopolitan, Bristowe briefly talked about what she thought about Tartick when he was on The Bachelorette, and it was cute. "I was really actually rooting for him to be the Bachelor because I thought he would make a really great Bachelor," she told the publication. "I was like, 'I want that guy to be happy.' I think everyone did. He's just so open and genuine. He's very put together; he's very well-spoken and politically correct; he's a good Buffalo guy. I remember thinking, 'Whoever gets to be with that guy is really lucky.' I wasn't even thinking that would be me." But it was. And no, I am not crying.

So, while Bristowe may have faced a difficult breakup with Booth, it seems like she's pretty happy with Tartick. Safe to say, this former Bachelorette got a second rose to give, and it seems like she made the right choice.