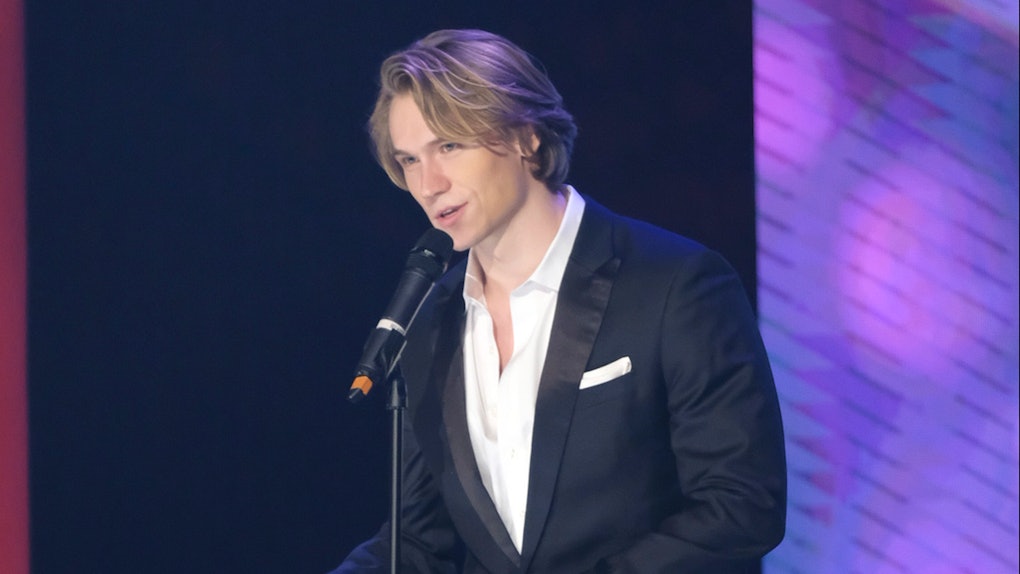 John Paul Jones is a beautiful enigma. Ever since he and his three names first showed up on Hannah B.'s Bachelorette season, fans knew there was something special about him. This allure followed him into Bachelor in Paradise Season 6, where he took turns looking like the sweetest guy ever and engaging in the hot, volatile mess that was his feud with fellow contestant Derek Peth. Now that he's had a few months out of the spotlight, he's back to his mind-boggling antics in a very interesting way: John Paul Jones just released a 2019 Friendsgiving album, on which he sings, raps, and gives shoutouts to his reality TV past.

Let's backtrack for just a sec. Bachelor Nation is full of aspiring musicians. I mean, one of the biggest moments in recent franchise history happened because an aspiring country star joined The Bachelorette in order to further his career — and fans all know how that ended. But JPJ was never considered to be part of this particular subset of Bachelor Nation contestations... until now.

In partnership with The Honey Baked Ham Company, Jones has released an EP of four Friendsgiving-themed songs, titled A Very Special Friendsgiving. Check out what appears to be the album's flagship track, "The Friendsgiving Song," here:

The song is full of lines Bachelor Nation fans will love: “Well all of my friends / Are here for all the right reasons,” Jones sings. “Some of them are single / Some of them from different seasons / But this is one group date / That we all really love / And these good vibes / Are something you can’t get rid of.”

Another new song of his is "All Gravy," which is a cute little ditty about Jones finding his "honeybaked baby" during Friendsgiving festivities. Honestly, both of the above songs are actually pretty catchy, once you get past the bizarreness that is this former Bachelorette star singing about a Thanksgiving-adjacent holiday.

However, like the man himself, JPJ's musical debut is full of mystery. Notably, as of Nov. 19, his other two new tracks — 'Tryptophan" and "Thanks for Coming, It's My Bedtime" — appear on YouTube as the same exact song, just uploaded under different names. However, if you go to The Honey Baked Ham Company's Friendsgiving page, you'll discover the track that appears twice on YouTube is actually "Tryptophan," and "Thanks for Coming, It's My Bedtime," is a totally different song. (For the record, both of these tracks, somewhat surprisingly, also slap.)

So, does this mean JPJ is the new Jed? Should fans expect dog food jingles from the laid-back Maryland bro? In an interview with Refinery29, Jones seemed pretty open to whatever may come his way after the release of this album — and even joked about a possible Stagecoach appearance — but it sounds like his main concern is that it brings joy to his fans. "I just hope people say positive things about it and, hopefully, people acquire this as part of their Friendsgiving routine,” Jones told the publication.

TBH, it sounds like JPJ is getting into the music-making game for all the right reasons. Fans can head queue up all four of his new songs to play on a constant loop during their own Friendsgiving festivities on The Honey Baked Ham Company's official SoundCloud playlist (because yes, that exists).