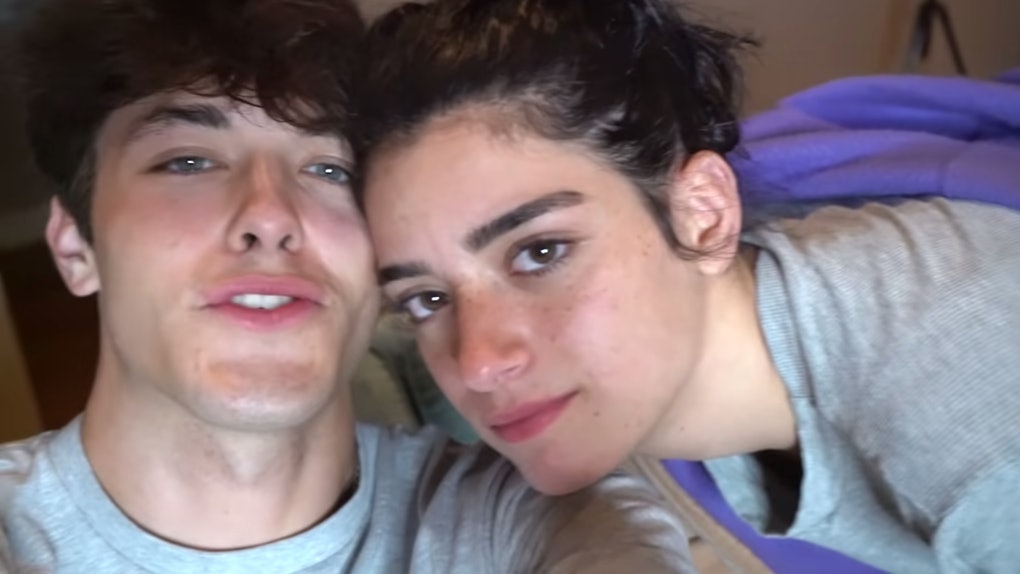 Is Griffin Johnson's "Convenient" About Dixie D'Amelio? The Lyrics Are Telling

The drama surrounding Griffin Johnson and Dixie D'Amelio's split continues. On Sunday, Sept. 20, the Sway House member dropped his debut single, "Convenient," that's seemingly about a messy breakup. Naturally, fans assumed Griffin Johnson's "Convenient" was about Dixie D'Amelio. The lyrics are so juicy, and definitely appear to be directed at someone in particular.

In case you're not caught up with all the TikTok drama (A lot of stars have beef, so I can't blame you), let me give you a quick rundown of Johnson and D'Amelio's complicated relationship timeline. After months of speculation they were dating, the stars confirmed their relationship in a June 23 TikTok. Fans were overjoyed seeing them so happy together, but things took a turn when Chase Hudson accused Johnson of cheating on D'Amelio in a since-deleted note on Twitter. (Elite Daily previously reached out to the stars' reps for comment on the rumors but didn't hear back.)

Fans thought it was over for the couple, and the situation only seemed to get worse when D'Amelio reportedly unfollowed Johnson on Instagram on July 30. She later confirmed their split in a YouTube video titled, "My Last Date With Griffin."

With this in mind, you can't blame fans for thinking Johnson's breakup song "Convenient" is about his famous ex. In the first verse, the singer seems to address a relationship that ended because of a misunderstanding.

In the first chorus, Johnson then sings about wanting to get back together with his ex.

I'm not here to say I'm sorry/ I'm not even gonna ask/ You're the one that didn't want me/ But I ain't tryna win you back/ She said I cheated/ That's just f*cked up/ But you believed it/ Ain't that convenient?

Fans think the second verse also references D'Amelio and Beck. "You say you love me but you turned and went ghost. You said you're just friends but you're wearing his clothes," Johnson sings.

Listen to "Convenient" for yourself below.

Whoever "Convenient" is about, the song definitely has fans talking.

More like this
Is Saweetie's "See Saw" About Quavo? The Lyrics Are Brutal
By Corinne Sullivan
Here's How To Enter Simmons' Dream Room Contest For A Makeover By Charli & Dixie D'Amelio
By Lara Walsh
These BTS x McDonald's Meal Memes Will Crack ARMYs Up
By Michele Mendez
Stay up to date