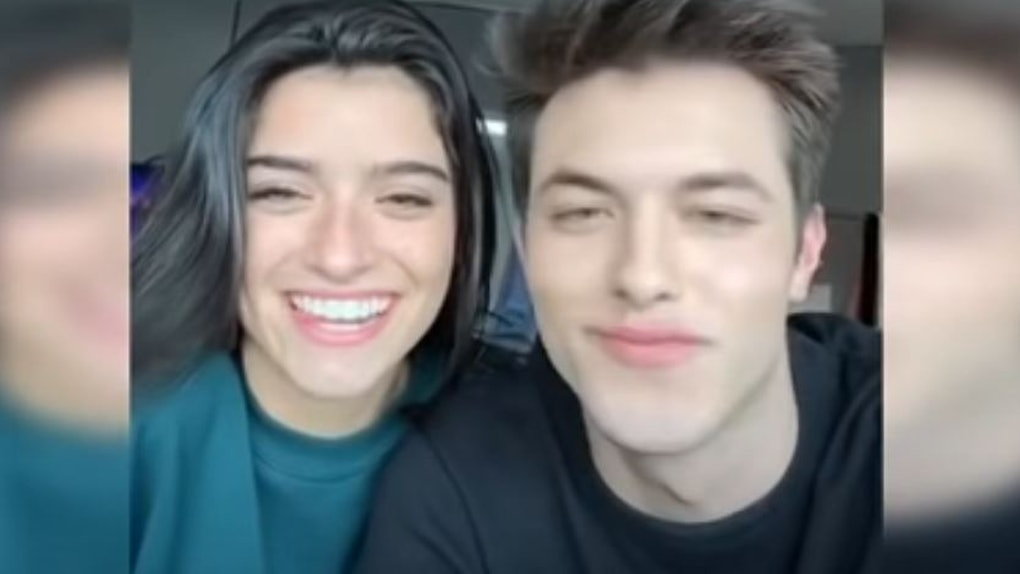 For months, Charli D'Amelio's relationship with Chase Hudson was the talk of TikTok. The two confirmed their breakup in April 2020, and now Charli's older sister Dixie D'Amelio's love life is front and center with TikTok fans. Dixie D'Amelio and Griffin Johnson's TikTok confirming they're dating is exactly what stans have been waiting for.

Celebs in the TikTok world have a tight-knit connection, so it's no surprise that Dixie and Johnson crossed paths in the past, leading people to speculate they were more than just friends. The two often post *adorable* selfies together on Instagram, and despite Dixie previously being a Hype House member and Johnson being part of the pseudo-rival TikTok collective Sway House, fans completely shipped them as a couple.

Dixie began being more vocal about her relationship with Johnson in June 2020 during an interview with YouTuber Matty Smokes on June 12. After she was asked about dating Johnson, Dixie didn't quite confirm their status, but she also didn't deny it. (That's as good as a confirmation as far as fans are concerned.)

Dixie and Johnson, who are currently co-starring as love interests in the YouTube series Attaway General, got real about their relationship during, you guessed it, a TikTok video on Tuesday, June 23.

Johnson posted a video with Dixie in which she *full-on* confirmed the two are happily dating.

"So that's official then," Johnson says in the clip after saying "everyone" wants to know if they're dating, to which Dixie mouthed "yeah" before letting out a laugh.

With a nod to TikToker Thomas Petrou, Johnson captioned his video: "@petroutv said it first." Earlier on Tuesday, Petrou confirmed Dixie and Johnson are dating when asked about them while catching up with The Hollywood Fix. You can watch Petrou's response at the 33-second mark in the video below.

During the early hours of Wednesday, June 24, Dixie tweeted "I have a crush on Griffin Johnson."

When a follower asked her to "make it official" she simply replied, "It is."

Now that Dixie and Johnson's relationship is official, fans are hoping to see a lot more of the couple.