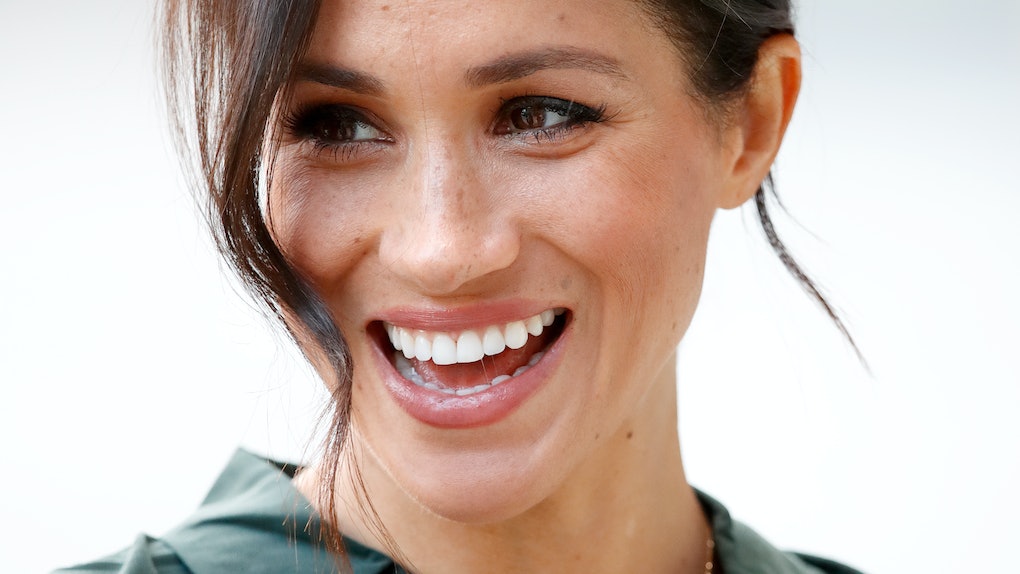 Since Prince Philip's passing on Friday, April 9, royal fans have been wondering whether the Duke and Duchess of Sussex would attend the upcoming funeral. With the considerable hardship of traveling from the United States to the United Kingdom (during a pandemic to boot), it would be understandable if they didn't attend. After The Associated Press reported the Duke and Duchess' plans, you may want to know why Meghan Markle reportedly isn't attending Prince Philip's funeral.

A day after the news of Prince Philip's death, AP reported that Markle won't be attending the funeral. Despite Prince Harry's reported plans to attend the service — which will take place on Saturday, April 17 at St. George’s Chapel at Windsor Castle — it seems the Duchess of Sussex "has been advised by her doctor not to make the long journey" due to her pregnancy. Markle announced her pregnancy in February, and is reportedly due to give birth to her second child this summer. It's understandable why Markle would want to be extra careful after she opened up about her miscarriage in July 2020 in an opinion piece in The New York Times months later.

In the heart-wrenching article, The Duchess wrote, "I knew, as I clutched my firstborn child, that I was losing my second." Her miscarriage began while she was taking care of Archie. When in the hospital, Markle said she had a hard time wrapping her head around the loss. "I tried to imagine how we’d heal. Losing a child means carrying an almost unbearable grief, experienced by many but talked about by few," she said.

The report claims that Prince Harry will be attending the funeral, while Meghan is staying behind in the couple's California home. It is unclear whether Harry will take Baby Archie (who is nearing his second birthday) or if he stay with his mom. (Elite Daily previously reached out to Markle and Harry's rep for comment on if they plan to attend the funeral but didn't hear back at the time of publication.)

Both Harry and Meghan released a brief statement mourning Prince Philip’s death through an in memoriam on their charity website Archewell. "In loving memory of His Royal Highness, The Duke of Edinburgh, 1921-2021,” the statement reads. “Thank you for your service... you will be greatly missed."

Other details involving the funeral were also released in the report, such as the modified Land Rover that will carry Prince Philip's coffin and the slimmed down attendance of guests due to the ongoing pandemic.

Although the Duke and Duchess of Sussex have yet to publicly confirm if they're attending the funeral, it seems Prince Harry will be going solo as Markle follows her doctor's orders to stay home.