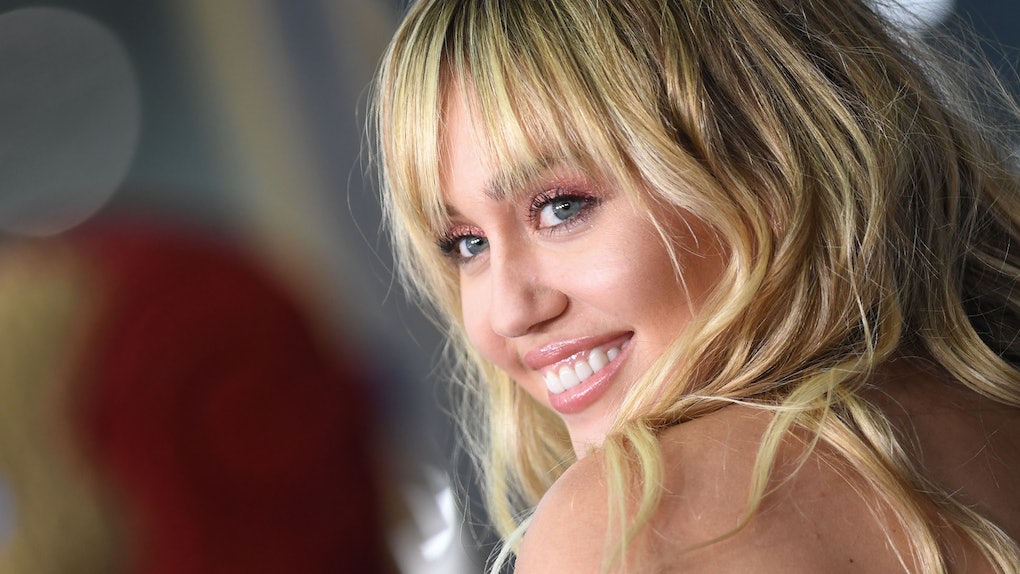 Together with boyfriend Cody Simpson and her dad, Billy Ray Cyrus, Miley Cyrus made some acoustic tunes happen at a special holiday party at My Friend's Place in Hollywood. Thanks to some clips from the charity event on her Instagram, you can hear Miley Cyrus and Cody Simpson sing "Old Town Road" together with her family.

The intimate video was uploaded to Cyrus' Instagram on Friday, Dec. 13. The singer gushes in the caption, writing "@happyhippiefdn holiday party @myfriendsplace was a success once again! always blown away by the young people I meet at MFP." Cyrus continued on to say, "There is always so much love and talent!" Together with My Friend's Place, Cyrus' Happy Hippie Foundation was holding its annual Happy Hippie Holidays event. The foundation's official Twitter described the event as an opportunity to team up with My Friend’s Place (MFP) to bring some holiday cheer and gifts to homeless youth in the Los Angeles area. MFP, like Cyrus' foundation, focuses on doing good for homeless kids and young adults, ages 12 to 25. Cyrus' Happy Hippie Foundation helps LGBTQ homeless youth fight injustices they face, as well as other populations that remain vulnerable.

The clip shows Cyrus and Simpson singing along to Billy Ray Cyrus' acoustic guitar version of "Old Town Road," along with a quick glimpse of her sister, Noah Cyrus, and a teen on the clarinet. In the first clip on the thread, viewers catch the end of a Lil Nas X song and a fade into "Silent Night," with the entire family singing, including Cyrus' mom, Tish Cyrus.

The event was a huge family affair, with every one of them sporting a Happy Hippie Foundation tee shirt to show support.

It seems that the Cyrus clan is totally accepting of Cody Simpson. Although Cyrus' new relationship has come very shortly after her split from husband Liam Hemsworth, she and the family seem to be very comfortable with the change. In fact, Simpson spent Thanksgiving with Cyrus and her family, and the holiday photo looks like a cozy get-together, with everyone thankful for each other.

While the couple is currently doing some long distance, it appears as though things aren't slowing down between them anytime soon. The video of Simpson singing with all of Cyrus' family is even more proof that the pair is all-in on their relationship, even if it is still relatively young.